On Mother’s Day weekend, the owner of an over bred mother dog surrendered her to a Dallas area animal shelter and asked the staff to euthanize the dog. The neglected and abused pooch appeared to have just given up on life. A tumor on her belly had burst; looking at the rest of her abdomen coated with dirt and feces told the dog’s story of extreme neglect and cruelty.

Fortunately fate played an important role in this dog’s life on Mother’s Day. Dallas Dog RRR-Rescue.Rehab.Reform had no intentions of letting her die. Who could even imagine how many times this dog had been bred and delivered puppies? 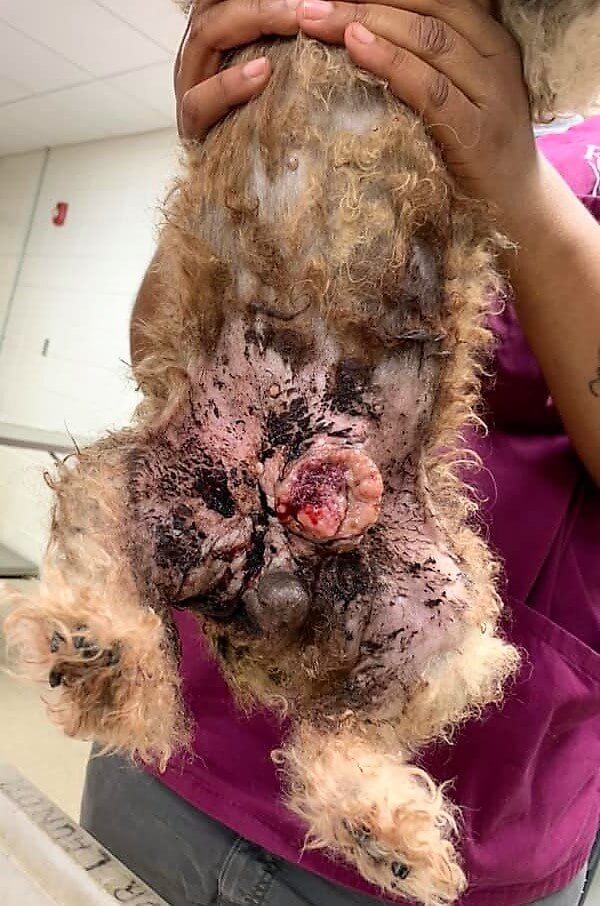 And so this dog, no matter what her prognosis has been rescued and is being rushed to the organization’s partner veterinarian for life saving treatment. Her condition is critical. Updates to follow.