In the Upper West Side of Manhattan, the owner of a dachshund has been reunited with her pooch after video was released showing a man stealing the dog outside of a Manhattan deli. 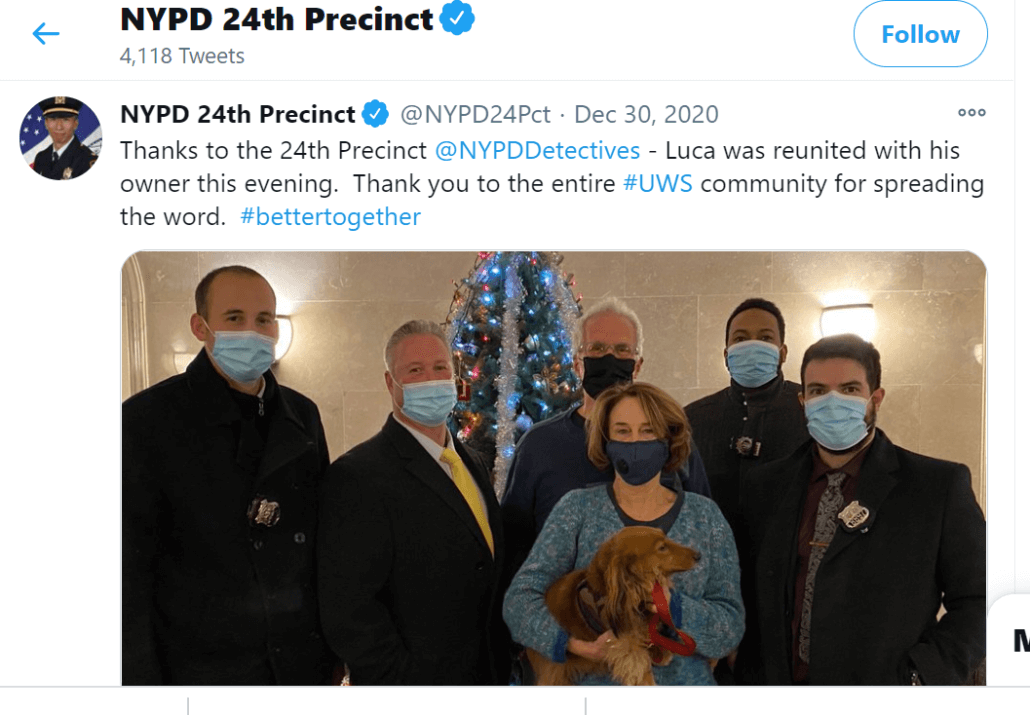 According to the NYPD 24th Precinct Twitter posts, Luca, a seven-year-old red long-haired dachshund with black fur tipped ears had been swiped outside of the Garden of Eden Market on Sunday, December 27. Luca’s owner, Victoria de Grazia and her boyfriend had only been in the store for a few minutes, but obviously long enough for a thief. 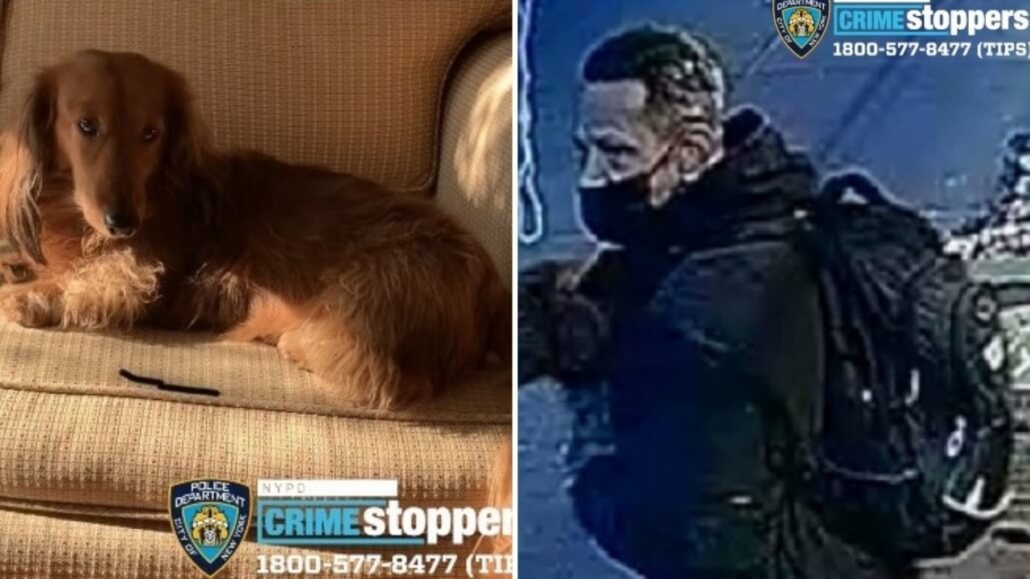 The video showed the man bending down  to see if the dog was friendly before untying the dog, picking it up and walking away.

The incident was caught on surveillance video, and a caller reported to authorities he had seen the dog in the Bronx. When police arrived, the dog was there but no suspect or caller.