It’s an unusual friendship, but no matter, Lundy, the tiny chihuahua and Herman the pigeon like to share the same bed in the most wonderful and heartwarming way.  Both are cherished residents at The Mia Foundation – a nonprofit organization in New York specializing in giving pets with birth defects the best chances at having wonderful lives. 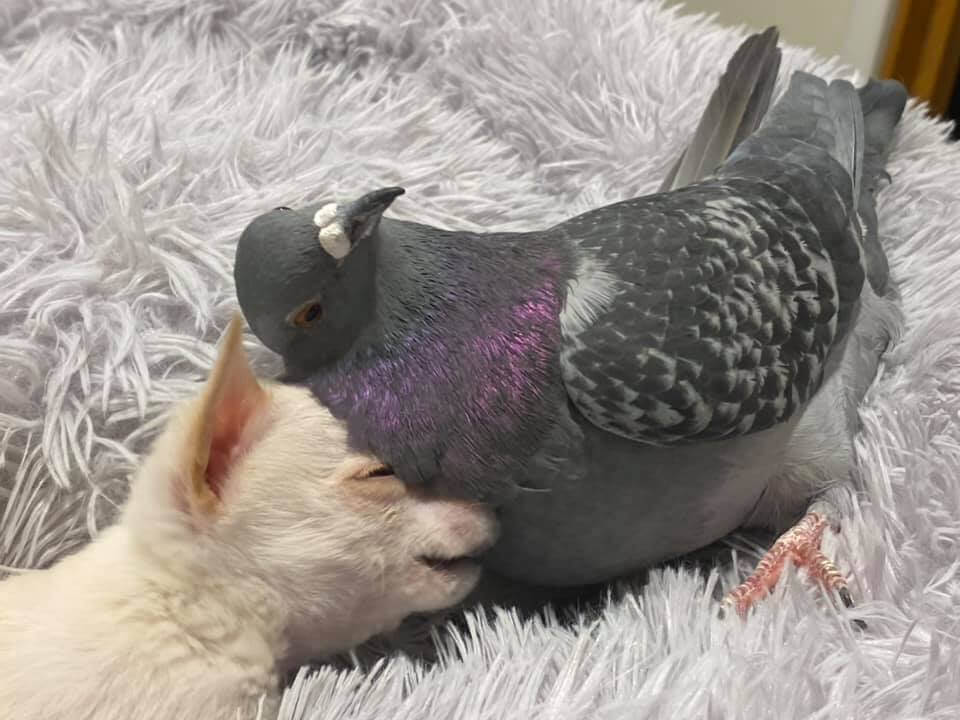 So let’s get serious here and introduce you to Herman, the pigeon who arrived at the rescue organization after he had been discovered sitting on top of a car for several days unable to fly. Wildlife experts think that Herman may have suffered from West Nile virus and never regained his ability to fly. Alright – according to Sue Rogers who founded the organization, Herman doesn’t need to worry. 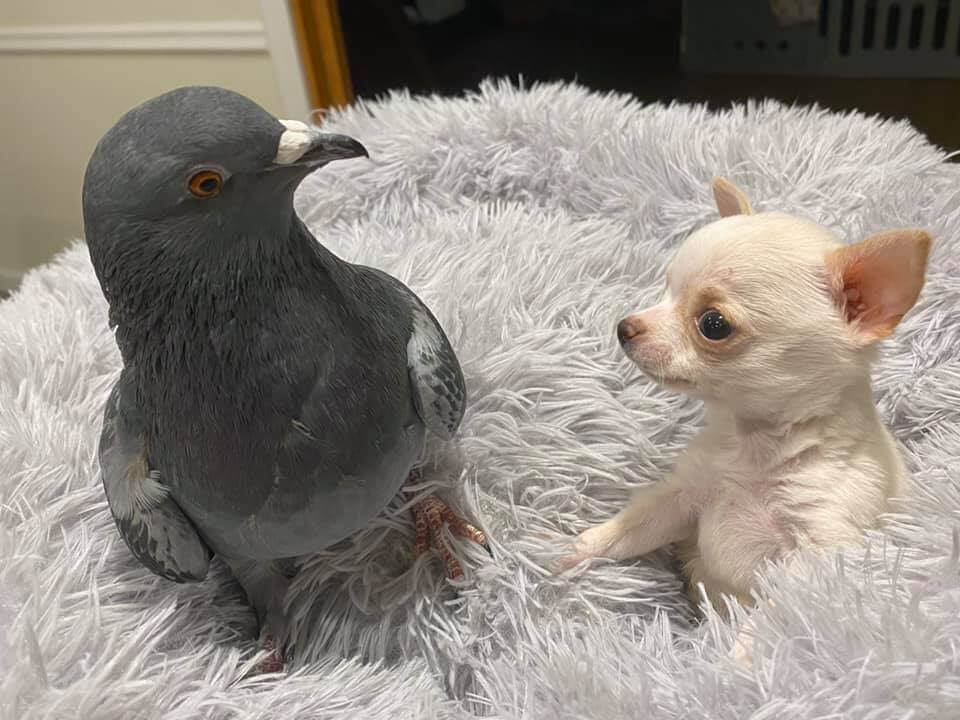 Herman has become a permanent resident, and one day, not too long ago, Lundy arrived at the rescue. Just four-weeks-old, he weighed only 5.6 ounces. He came from a breeder in South Carolina in mid-January, who contacted Rogers telling her that Lundy wasn’t walking and needed extra help she could not provide.

And on the eve of Valentine’s Day, Herman had been sitting on the dog bed when Sue decided to introduce Lundy to the bird. Truly it was a moment – Herman doesn’t care Lundy is a pup, nor does Lundy care Herman doesn’t bark or wears a special coat of feathers. Friends don’t judge.

Lundy is currently undergoing physical therapy to help her walk.