An Arizona police department rescued puppies which had been abandoned in a cardboard box, then gave them all new homes. The heartwarming rescue effort was shared with followers of the Goodyear Police Department, which explained what happened:

Earlier in November, Goodyear Police responded to a “puppy rescue call.” A rancher reported multiple puppies abandoned near a dirt road. The reporting party advised he did not know what to do with the puppies, so calling police was his best/final option instead of leaving them through the night, where they certainly wouldn’t make it on their own due to their size/age.
Officers located the puppies, afraid and dirty. 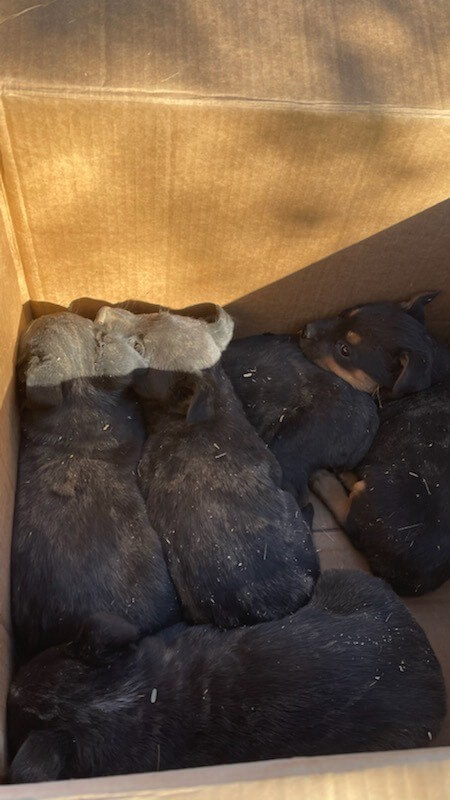 The puppies were abandoned without food or water – fortunately, the pups were in stable condition. The Goodyear Sergeant called a local animal hospital, but the business declined to take the puppies in. But hope was not lost…the Department writes:

A family member of one of our officers agreed to take the puppies into her home, nursed them back to good health by getting them to eat/drink on a consistent basis, and ultimately more comfortable around people. 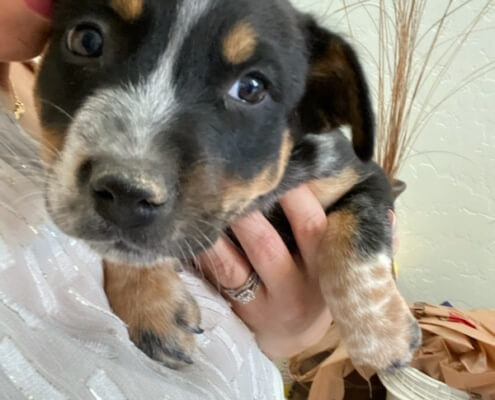 Within a day, officers/members from our very own department stepped up to rescue the puppies and take them home as family pets. All five of the puppies are in good health and were placed into loving homes.