In Washington Township, New Jersey, Wednesday didn’t start out as such a great day for a neighborhood dog named Akela. The gray boxer/mastiff mix narrowly avoided being struck by a car and then headed for a nearby pond when he got stuck – neck-deep in the mud.

According to the Washington Township, Warren County police, someone called in and reported spotting Akela stuck in the pond struggling to get free. He had become entangled in the plants and his head would at times go under the water.

And that’s when the police sprung into action. Officer John Kuligowski borrowed a kayak from a neighbor and paddled out to the dog. Washington Township Police Chief Thomas Cicerelle and Officer Dallas Overko aided in the rescue as they tied a ball used to train K9s at the end of a long leash, threw it to the first officer and helped to guide the kayak back to the shore with Akela in tow. 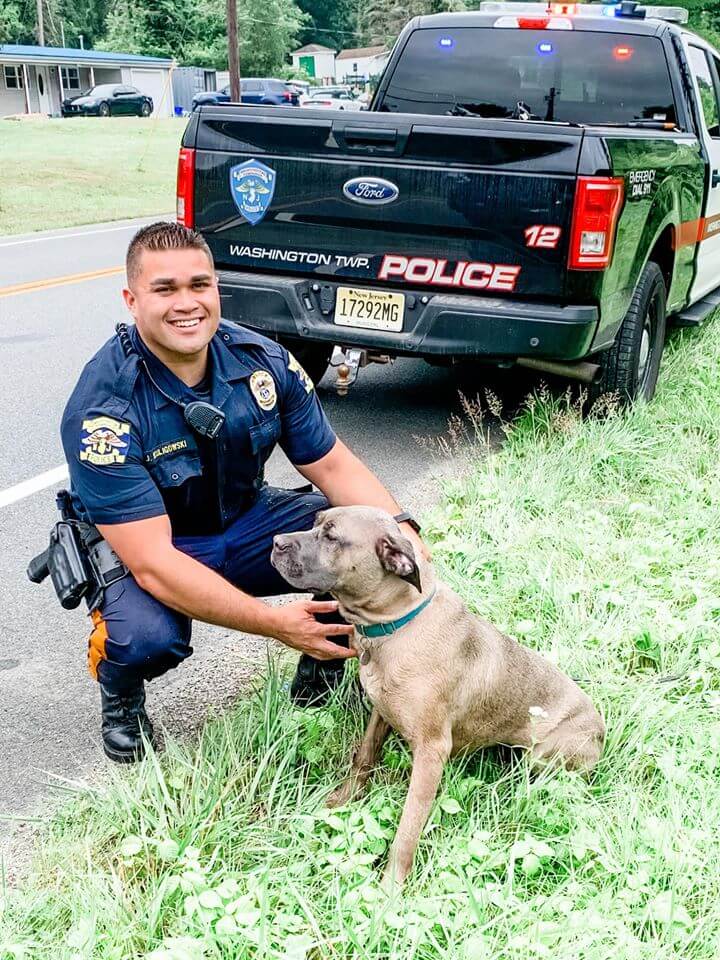 Why not stop by on the Washington Township Police Department’s Facebook page and give them a “high five” for helping those who cannot speak?

Fortunately, Akela was not injured and when she arrived back on shore, – shook herself out and seemed no worse for the scary experience.