In Wuhan, China, a pregnant cat gave birth to four kittens after having been locked in an apartment for 40 days after her human family were hospitalized with Covid-19. The cat named Le-Le showed amazing perseverance – perhaps one of the bravest kitties ever. 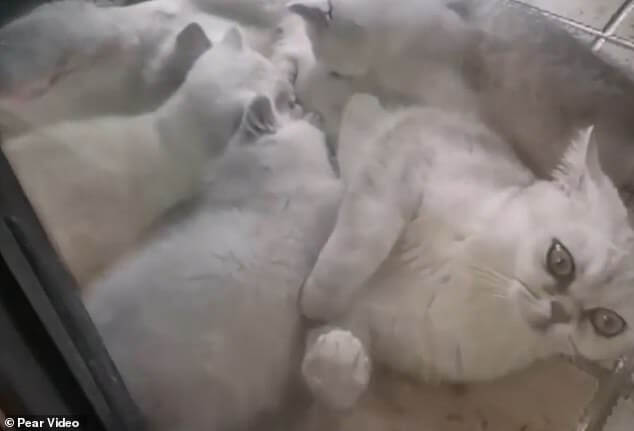 According to China Daily, Le-Le’s story of amazing survival began in January, when the coronavirus had just started spreading. One by one, the cat’s human family became infected and were taken to the hospital. By the end of the month, LeLe, heavily pregnant, had been left by herself. Her owner had decided not to have anyone come into their apartment to care for her because they were afraid their home had been contaminated. Instead, they opened up a bag of cat food and hoped LeLe would survive. 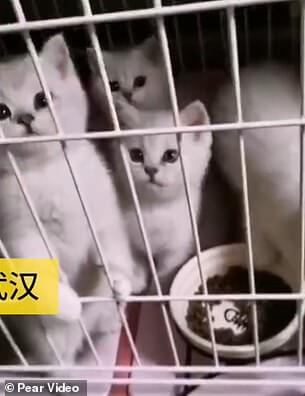 It’s not that her owners didn’t care about LeLe, but what were the alternatives especially after seeing people throw their pets away or let them be killed by angry citizens and locals going around beating pets to death? And so her owner built the cat a delivery pad so she would have something soft to give birth on in case he didn’t come back.

“I kept turtles and flowers on the balcony, and there is filtered water there safe for her to drink. She also knew how to use the cat toilet in our bathroom,” the owner added.

And for 40 days, the cat’s human family were hospitalized and prevented from going back home. No one checked on LeLe; no one knew if she was dead or alive or even if she had given birth to her kittens. 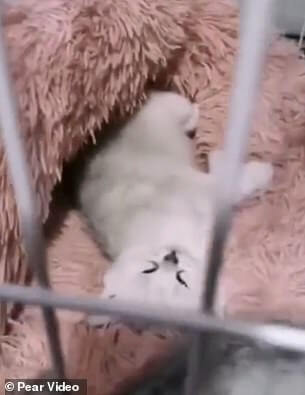 Not only was LeLe alive when her owner returned; she had four adorable, fluffy kittens. LeLe had lost half her body weight, but the kittens were healthy. Sadly, the owner’s pet fish in the aquarium must have been food for the hungry cat. One can only imagine the condition of the cat box in the bathroom, but all’s well that ends well.

The owner named the four kittens”Xiaowu”, “Hanhan”, “Xiaojia” and “Youyou”, which together mean “Wuhan, fighting” in Chinese. The cat’s story went viral and further stressed the point not to abandon pets because of the virus.