In the Redlands of California, a tiny and heavily pregnant dog had literally been “dumped in a dump” in the middle of the desert. How does a dog cry out for help? How does a dog tell humans she is not trash and should never have been left to fend for herself in a hostile environment?

When Dream Fetchers: Project Rescue volunteers, Faith Easdale, Patricia Hoyos and Jim Ralston had been in the same area rescuing a pregnant shepherd on Sunday evening, they were told about the tiny dog scavenging for food nearby. People had seen her, but had not been able to catch the terrified pooch.

And so the three went on a hunt to find her. Frantic to save her life, they refused to give up and traced every inch where the dog could have traveled. Finally they picked up a clue –

“dog poop so we figured she had to have been nearby” Faith wrote on her social media page.

“I found an area that described where she had been seen – in trash and buckets. We looked through ravines, bushes, under trash. And at that point we were exhausted no sign of her and it was now 2 am and freezing.”

There were paw prints nearby of what could have been a mountain lion, but no sighting of the tiny dog. Suddenly, they saw movement in the bushes and set a trap – then they waited and prayed.

“A few minutes later she was by my trap. I swear I think she knew humans were near and didn’t want to be left behind. God only knows how long she have been in that horrible area.

We sat so silent. And then looked and she was in our trap!

On top of it, she’s hugely pregnant.” 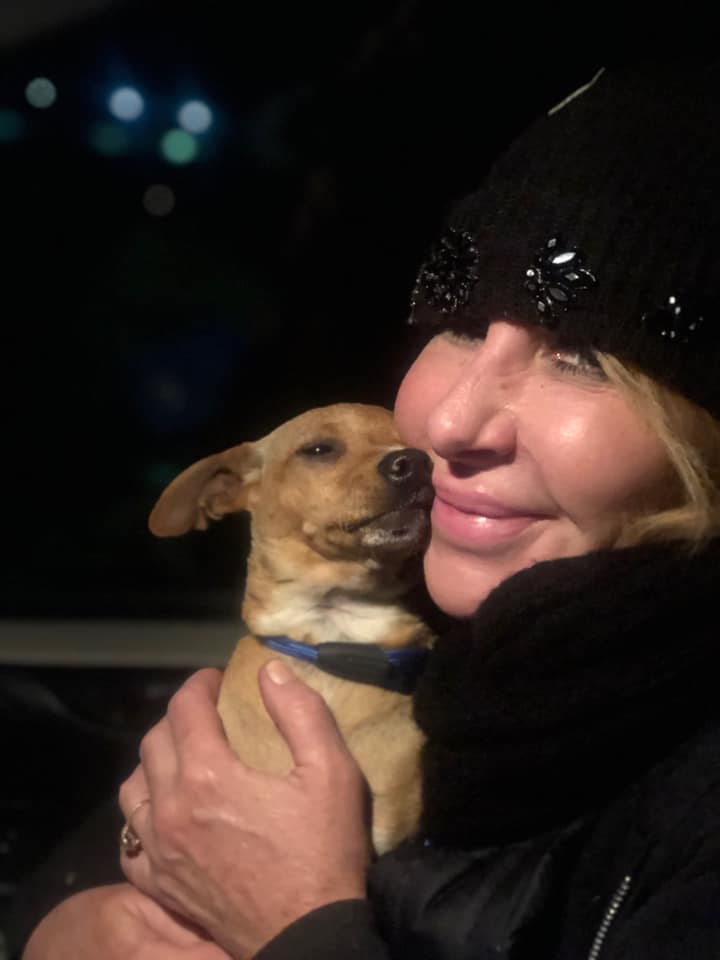 No sooner had Faith taken her out of the trap, the frightened dog burrowed into her shoulder, sighed and wagged her tail non stop. She knew she had been rescued.

And once again a miracle rescue and another life begins anew.