According to the CNN report, the press secretary has explained that Major is “still adjusting to his new surroundings.” Major’s prior biting transgression, involving a Secret Service employee, happened earlier this month.

The three-year-old shepherd was adopted from the Delaware Humane Association in 2018. Biden has referred to his dog as protective, in explanation to his questionable behavior at the White House.

My brother does not “bite”. “Major is still adjusting to his new surroundings and he nipped someone while on a walk. Out of an abundance of caution, the individual was seen by the WH Medical Unit and then returned to work without injury.” – pawffice of mom 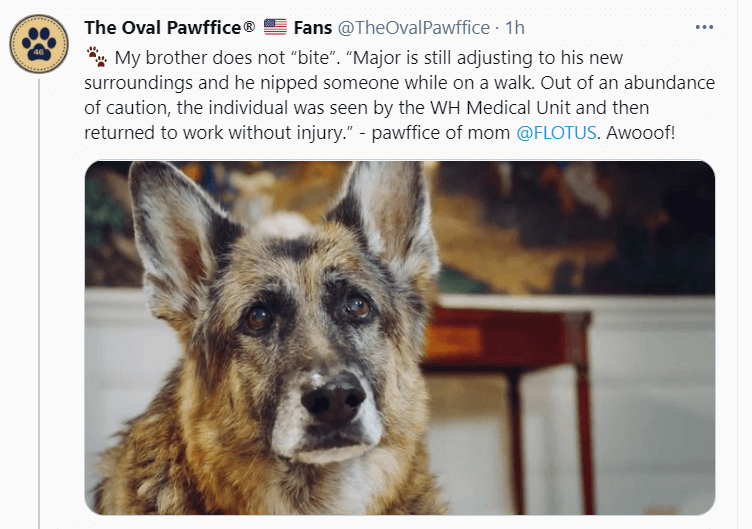 Article about prior biting incident at this link.