An abandoned family of puppies left in a kennel with no food or water at a filthy drug house are being rescued. For days, a volunteer from Dallas Dog – Rescue.Rehab.Reform has been searching for the mother of the puppies and has not given up. A humane trap was set, but the mother dog refused to enter it. 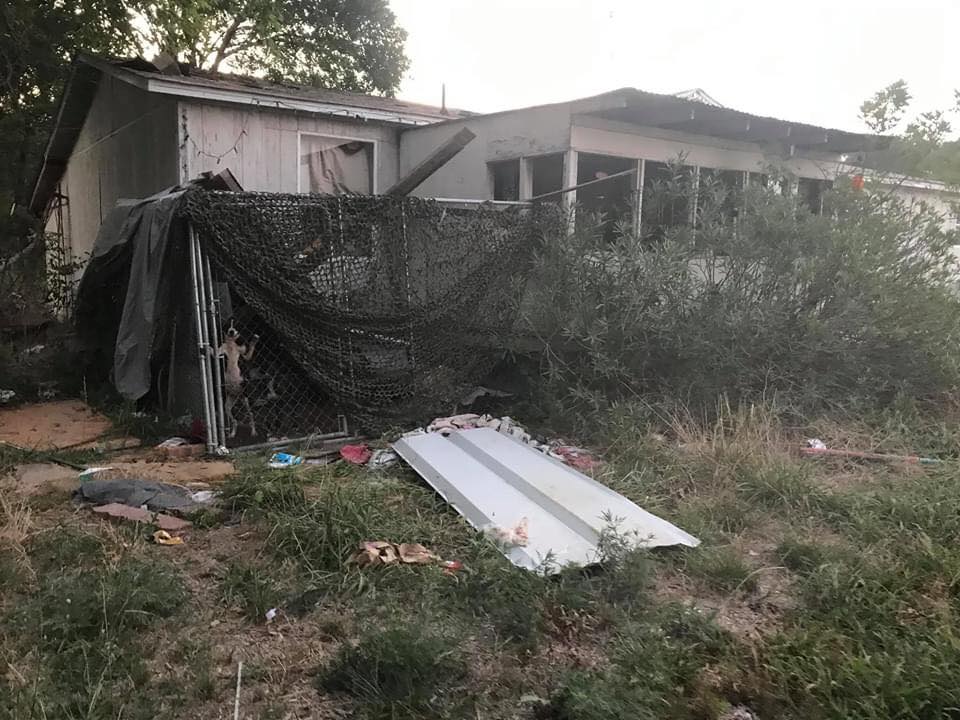 The call from a concerned citizen stated there were four puppies and their mother living in egregious conditions. Three puppies have been found; they are full of worms, undernourished and covered in fleas.

The conditions the puppies were forced to live were disgusting; the dogs walked on sharp tin sheets strewn inside the kennels covered with urine, feces and rotting trash.

The house, described as a known drug hideout has been abandoned. The mother dog remains close to where her puppies were trapped inside of the wire kennel, but has been too afraid to come out and trust any humans. 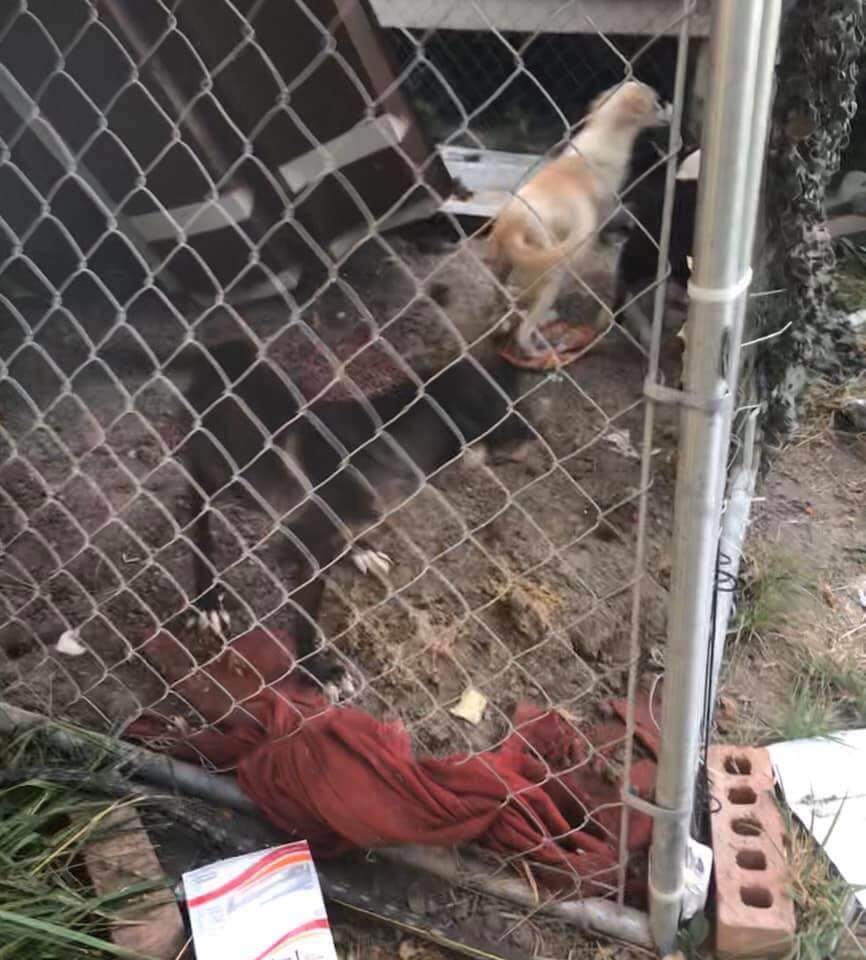