On an Air China plane that left from Beijing and arrived at JFK Airport in New York City on Friday, 34 rescued dogs were greeted by volunteers and adopters – all ready to care for them and take them home. There were corgis, dachshunds, Pomeranians, poodles, retrievers and mixed breeds; each dog as cute as could be and excited to be out of their travel cages albeit a bit nervous with the strange surroundings and the noise. 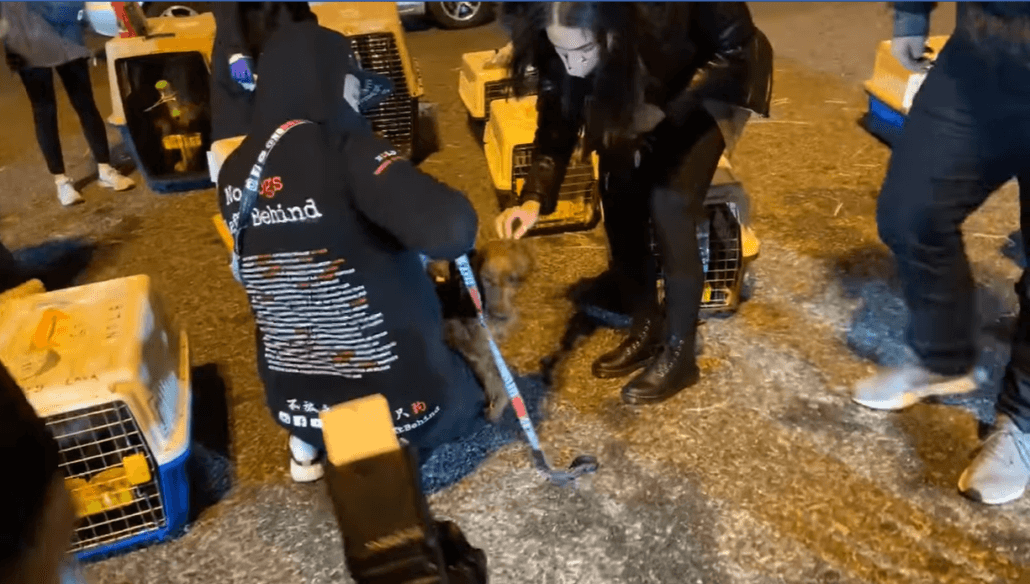 No Dogs Left Behind is a pet rescue organization with a shelter in Beijing and have been rescuing dogs from meat sellers in China that kill the animals and sell their meat to wet markets. The organization has been targeting the illegal traffickers and breeders and threaten to report them to the authorities, who could levy heavy fines, if they don’t relinquish their rights to the dogs.

And on Saturday, another 45 dogs arrived. Two flights had to be coordinated to make sure the cargo areas of the planes would have enough oxygen for all of the dogs.

Jeff Beri, the founder of the organization, expects to bring in another 135 dogs early next year. Since 2017, the group has saved thousands of dogs. Often under cover of darkness, Beri and other animal activists investigate reports of planned illegal transport of dogs to slaughterhouses using trucks and drones to track their actions. The rescuers will then surround the transport trucks and demand the immediate release of the dogs if there is no documentation including proof of health and quarantine. If the transporters don’t agree, Beri threatens them with notifying authorities, which is far more costly than turning the dogs over to the rescuers.

And most recently with COVID-19, many families had been forced to surrender their pets or have sold them to butchers as messages surfaced stating dogs could carry the virus and transmit it to humans.

Sadly, nine dogs scheduled to make the trip to New York died before the trip; their deaths are now being investigated.

China has very few animal welfare laws, and it is not illegal to beat a dog or kill one inhumanely. Chinese wet markets may have started COVID-19, and has now become a high priority for communist China to adopt new laws.

Check out the happy arrivals on Saturday:

(copy and paste url into your browser to view videos)

For more information and how you can help: