The authorities are searching for a woman suspected of abandoning a puppy inside of a car wash bay in Lincoln, Nebraska. According to Lincoln Crime Stoppers, Lincoln Animal Control was flagged down by a man who said there was a puppy inside the car wash bay. It was a chilly, rainy day and the puppy was shaking and cold when taken into safety.

a woman left the puppy in the bay earlier that morning with his blanket. She is described as a black or Hispanic female, and she was driving a gold Chevy Traverse with expired paper in-transits from 10/25/19.

The abandoned puppy was in good health and has already found a home! The Capital Humane Society adopted the pup out to a new owner within a few days. 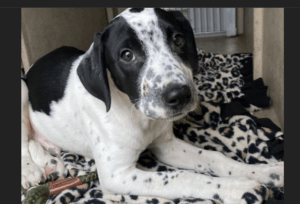 – Call Lincoln Crimestoppers at 402-475-3600 (and remain anonymous! or leave an anonymous tip online