On Sunday, a Good Samaritan heard a dog whimpering from a dumpster in a back alley. When he went over to investigate where the crying had been, the man was shocked and heartbroken. A 25-pound puppy had been dumped in the trash – bound and tied, apparently beaten and left to suffer wrapped in blood soaked towels. 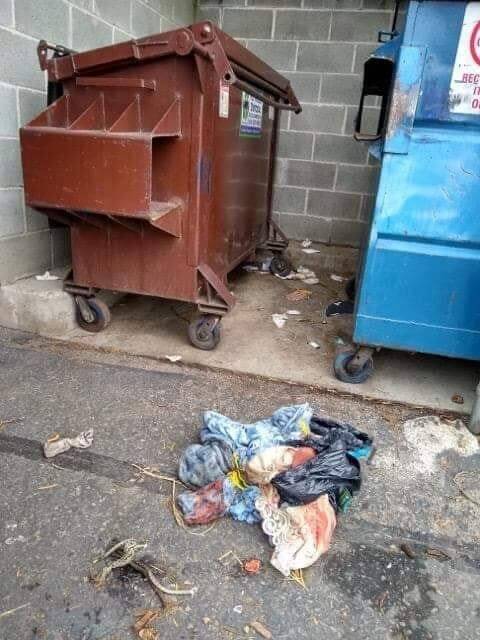 Fortunately, animal rescuers were able to come together; they named him Hank. The pup was rushed to an emergency veterinarian and originally was not expected to make it through the night. Whoever tortured the puppy, beat him mercilessly in the head and face. 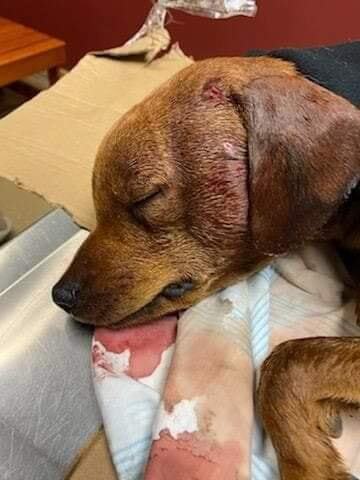 Just hours later, Hank was flown to Santa Rosa on an emergency private flight (thanks to the Kirkland Foundation). Dogma Animal Rescue met the flight and headed to Devotion Animal Hospital for emergency care.

“Because of this emergency, Dogma is coming out of sheltering-in-place to help this pup survive. Obviously all current social distancing rules will be observed and the absolute bare minimum of people will be involved to limit exposure.

We’ve already incurred $2,000 in medical expenses and expect to incur over $5,000 locally, depending on the level of medical care needed.” 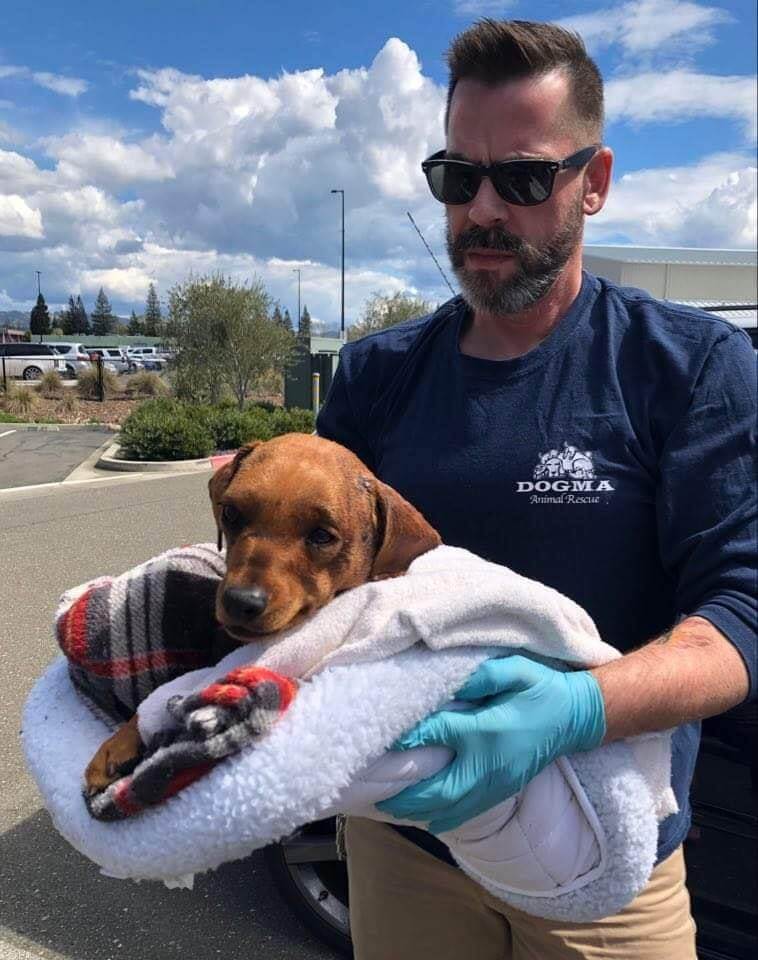 After Hank arrived at Devotion Animal Hospital on Sunday night, it was discovered the dog had four skull fractures, three fractures in his jaw, an orbital fracture of his right eye and will need his right eye removed due to trauma. There were no injuries below his head; whoever beat him must have tied him up and continually hit him in the head until he was near death. One of the skull fractures is close to his brain, and there is a big concern about encephalitis.

Hank’s condition remains critical; the medication is helping him rest.

“It’s 3 am and time for Hank’s next round of medication. I’ve come down every 15 minutes or so to check on him because his head is swelling up like a balloon. I’m afraid he’s going to die and be all alone when he passes. It’s one of my own fears that I apply to my sick foster dogs,” the organization posted on their Facebook page. “So I am here in the wee hours of the morning listening to him moan in pain. At least he knows I’m here for him. Morning can’t come quick enough.”