A New Jersey park ranger is being hailed a hero after saving a large dog who was struggling from the heat while hiking. Lexie Daniel recounted the ranger’s rescue effort days ago on social media, writing:

I need to make a huge shoutout to a park ranger at mt Tammany in NJ. His name is K Salapek. Upon heading back down from our hike, we see a dog panting with heat exhaustion laying on the ground.

Hikers offered the ailing dog water, but feared it would not be enough to stave off heat stroke, Daniel writes of the park ranger’s heroic actions: 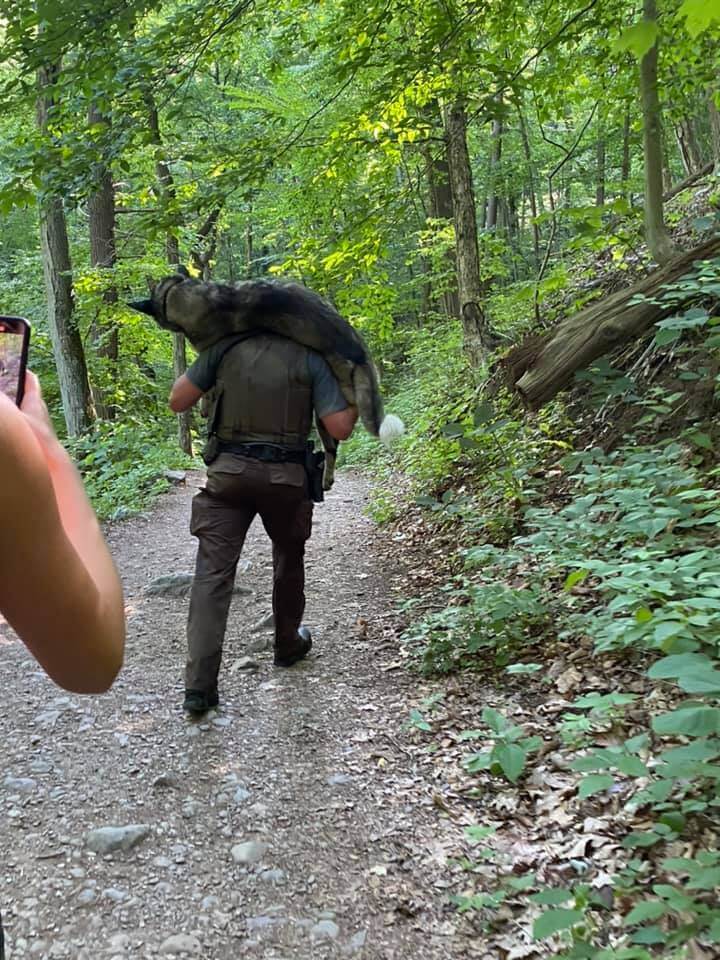 This park ranger picked up this huge dog, threw him over his shoulders, and carried him down and incredibly rocky hill all the way down to the stream (it was a LONG distance) and laid him in the water as he knelt beside him and poured water on him.

The ranger then picked him back up over his shoulders and walked all the way back down towards the street with this heavy dog. This was a couple miles of an incredibly rocky path. This ranger SAVED this dogs life. This is a HERO. This dog probably wouldn’t have made it without him.

We are so lucky to have rangers like this that put even animals before themselves. This ranger deserves insane recognition and a standing ovation for his bravery, selflessness, and strength

According to Daniel, the dog was not abandoned – the dog’s owner was unable to carry his dog to safety and was visibly distraught about the situation.