In New York, Rescue Dogs Rock NYC reached out to help a purebred Bernese Mountain Dog who had arrived at the organization’s specialty veterinarian hospital in critical condition. For the last three weeks, the dog named George had not been eating and lost nearly 25 pounds.

George’s owners brought him to the hospital and radiographs revealed George had a blockage from ingesting a toy believed to have been a part of a kong.

Emergency surgery was the only way to save George’s life, and the dog’s owner did not have the money; Rescue Dogs Rock NYC were called and asked to help.

“…We would never say no and immediately agreed to pay for surgery. We had every intention of giving George back to his owners and hopefully kind supporters would help and donate to cover this unexpected financial drain on our limited funds…, the organization posted on their social media page.

Everyone was thrilled when George made it through surgery and immediately after he perked up – started eating and acting like himself again. And then came the disappointing news:

“After several calls to the owners, they do not want George back and had no intention of contributing to his surgery and considered euthanasia.

So now George is homeless and needing a new forever home…”

Sadly, the only one left to suffer is George; he no longer has the only family he has ever known. 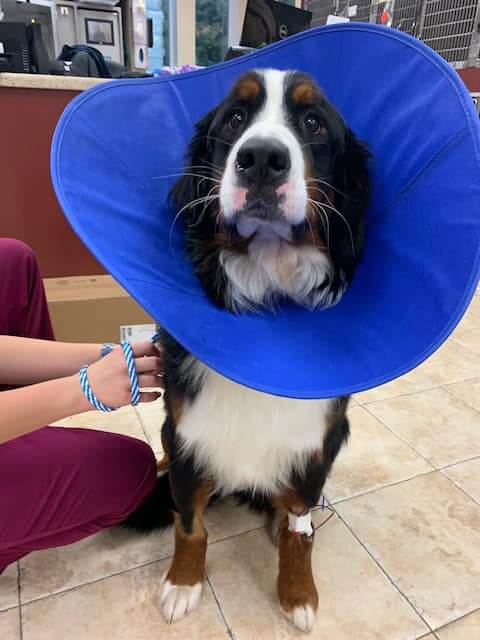 George needs a home, and he still needs to gain another 25 pounds.

Surgery to help George cost $3800. Donations can be made here: