In Benton, Tennessee, a woman returned home from work on April 24 and discovered her sofa completely destroyed, part of a door broken down and the wire cage her rescue dog stayed in while she was at work chewed through and broken. Oh boy!

The sweet dog named Bo suffered from severe separation anxiety. When rescued he had been found abandoned in a cardboard box in a supermarket parking lot.

According to the Daily Mail, Vickie Shelton initially believed her home had been robbed, but when she spotted her rescue pup Bo wagging his tail in the middle of her living room amid piles of white stuffing, Vickie knew he was the culprit.

The couch has been a recent purchase four months prior, and before the dog’s adventure in ripping through cushions, the couch had been one of his favorite sleeping spots. 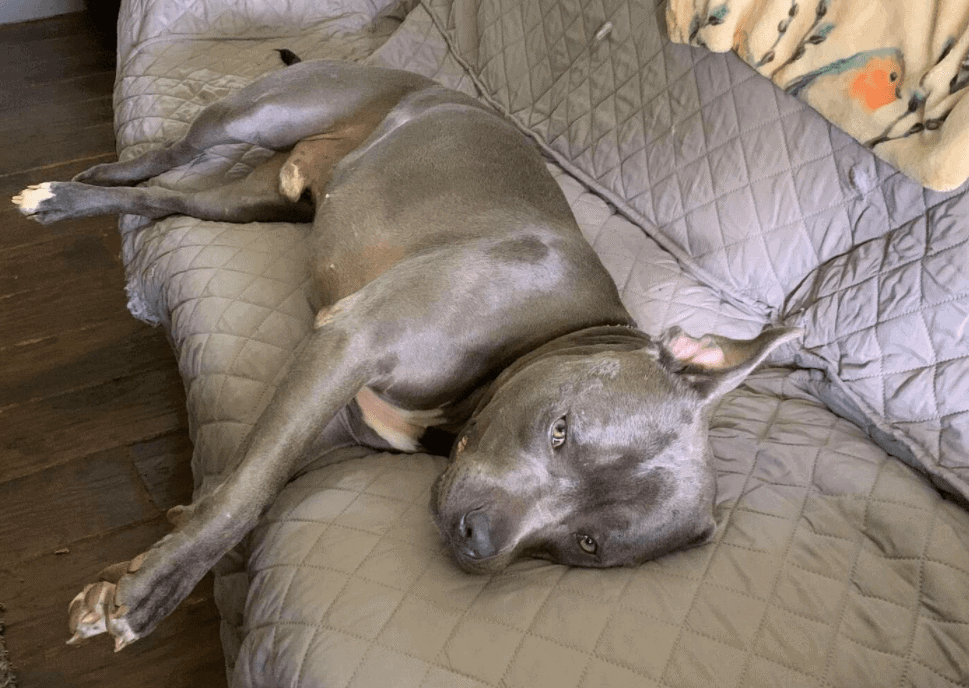 And so on that day when Vickie returned home from work and walked into the living room, the first thought that ran through her mind was her home had been robbed and vandalized. Yet… there was that moment of doubt and rational thinking – the television was still on the wall. 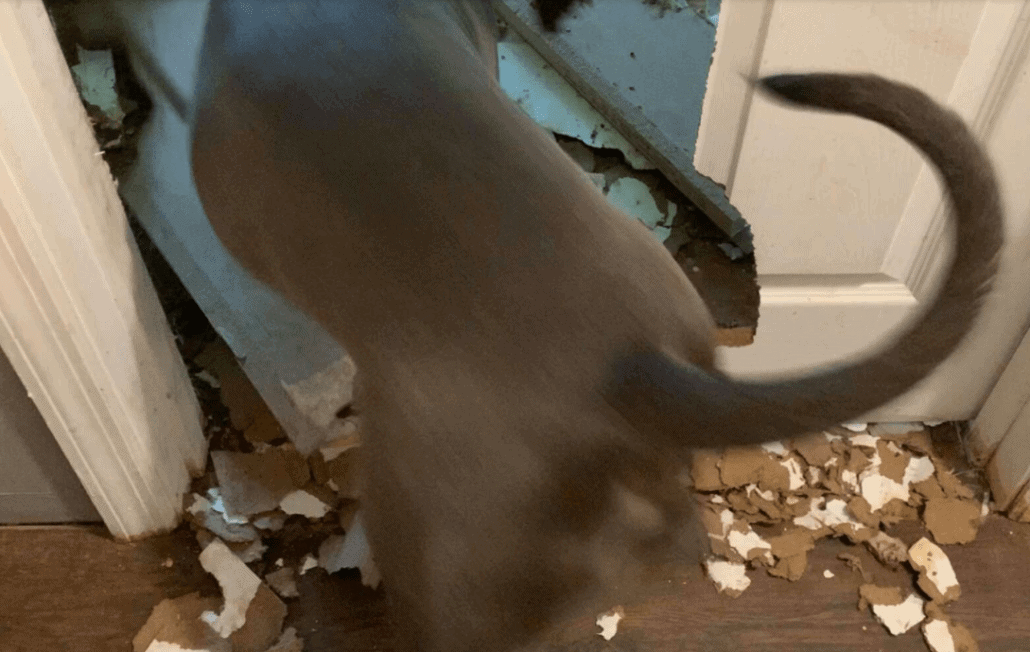 The next day Vickie put Bo in her son’s room in a crate – lots of toys to keep him busy, lots of noise and music to keep him company and then headed off to work. Uh oh… when Vickie returned home that evening, there was Bo waiting at the door for his family; he had chewed through his crate and made a huge hole in her son’s bedroom door.

Photos of the mounds of stuffing and the broken door went viral on social media.

After consulting with Bo’s veterinarian, the hyper pup has been taking a low dose of an anti-anxiety medication which has improved his behavior. 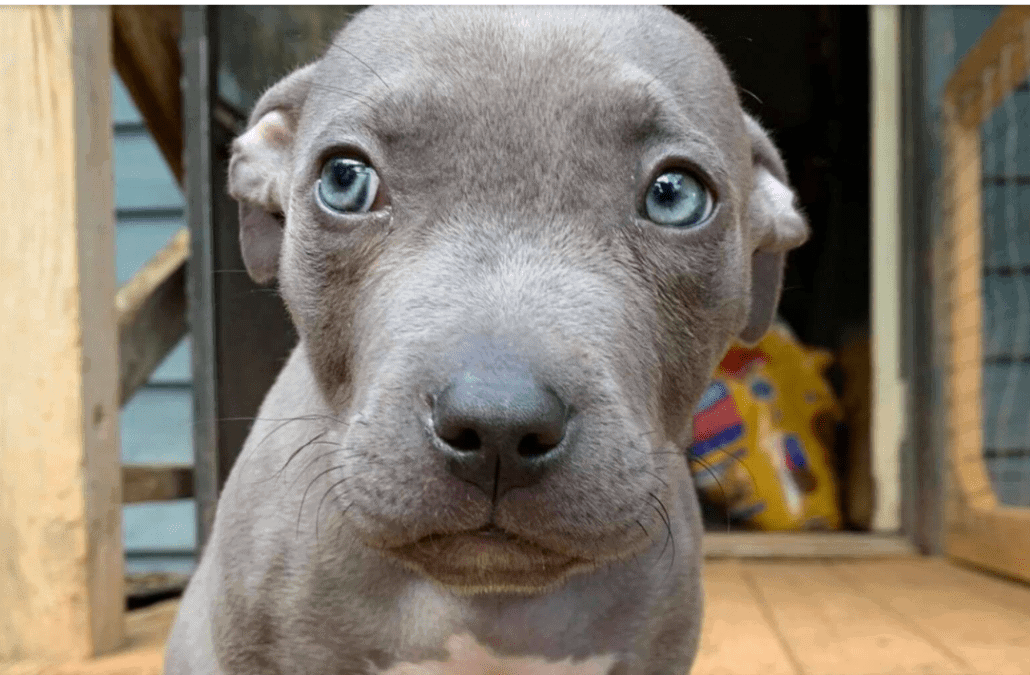 Check out the short video: