In Phoenix, a rescued dog adopted a litter of newborn kittens after her own puppies died. Georgia, an Australian shepherd mix had been pregnant when she was rescued, but sadly her puppies were born prematurely and none survived. 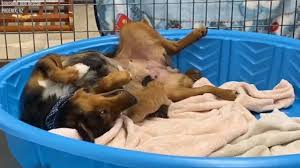 Sunshine Dog Rescue shared Georgia’s story on their Facebook page. The dog had been found living near a gas station along the Mexico and United States border. After she gave birth to her puppies and they all died, Georgia was frantic; she searched all over for her puppies even ripping up the mattress she slept on thinking maybe they were under there.

Anita Osa, the founder of the rescue, put out a plea on social media asking if anyone needed a lactating mother dog – and then came the response – a litter of kittens had been orphaned.  One by one Anita introduced the tiny kittens to Georgia – one by one she accepted them and proudly calmed down to her job as a mom.

The kittens think Georgia is their mother – no difference whether she is a dog obviously. And Georgia -it seems she is teaching us all a lesson about love. 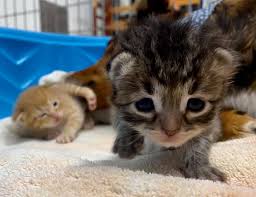