A dog, rescued from an animal shelter in Edinburg, Texas, screamed in agony while on a seven hour transport to a rescue group in Dallas. Members of Pooch Savers Rescue had been told that the dog, dubbed Murph, had an injured leg, but they had no idea of the extraordinary pain he was in.

We had no idea the extent of the dog’s
injury. The shelter just said he had “an injured right front leg.” A
transporter brought him 7+ hours by car to Dallas and the transporter
said he was in EXTREME pain the whole way, screaming out in agony.
When he arrived in Dallas, we took him right away to the ER where they
immediately performed an amputation on his leg and the next day, he
needed a blood transfusion. 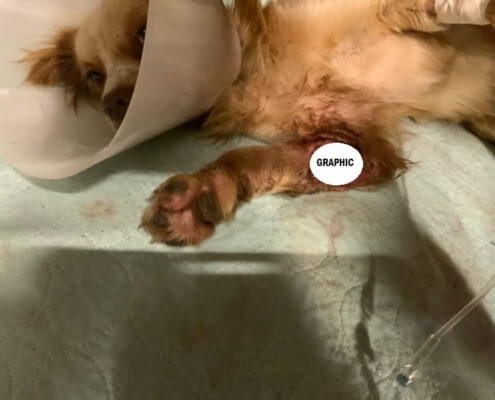 Murph lost his leg, but he is safe and will be properly cared for as he recuperates. Meanwhile, the rescue group is struggling to cover his staggering veterinary bills, which are already approaching $4,000. Anyone who would like to help can do so in one of the following ways: 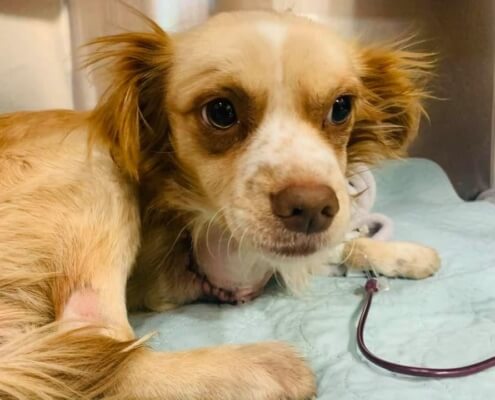