In San Juan, Texas, during an animal control officer’s Monday morning search of the dumping grounds in the area, she heard a dog crying for help. She quickly jumped out of her truck to investigate and there he was – in the bottom of a concrete canal. 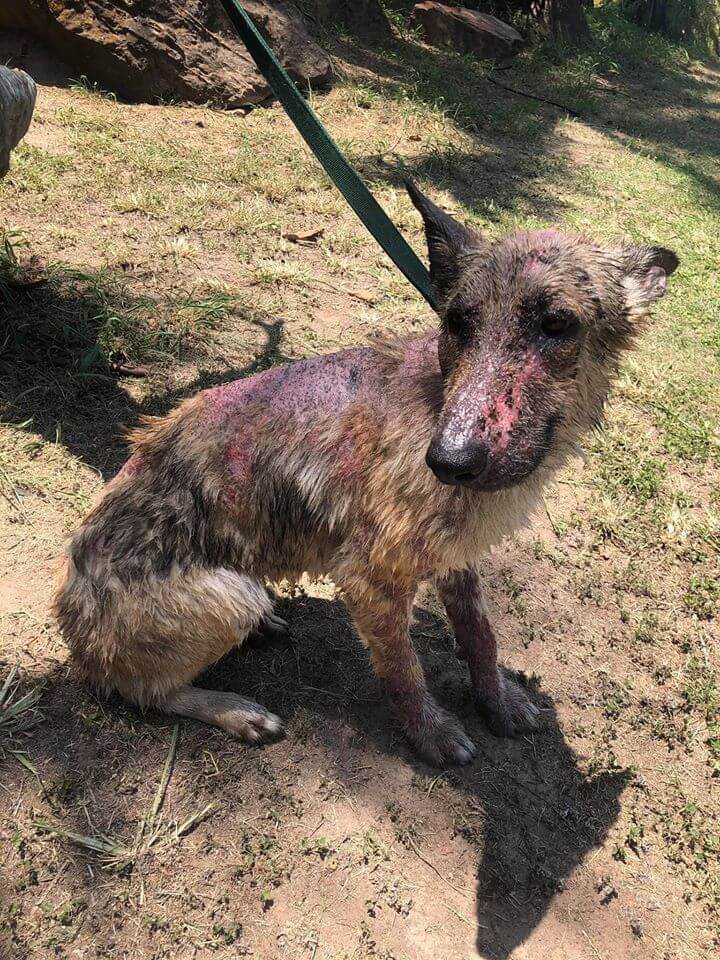 The poor shepherd had no way to escape; he was weak and bloody. His paw pads were raw from trying to climb up. Fortunately, the officer was able to help, and with the aid of her catch pole was able to bring him up and quickly secured a slip leash around his neck. 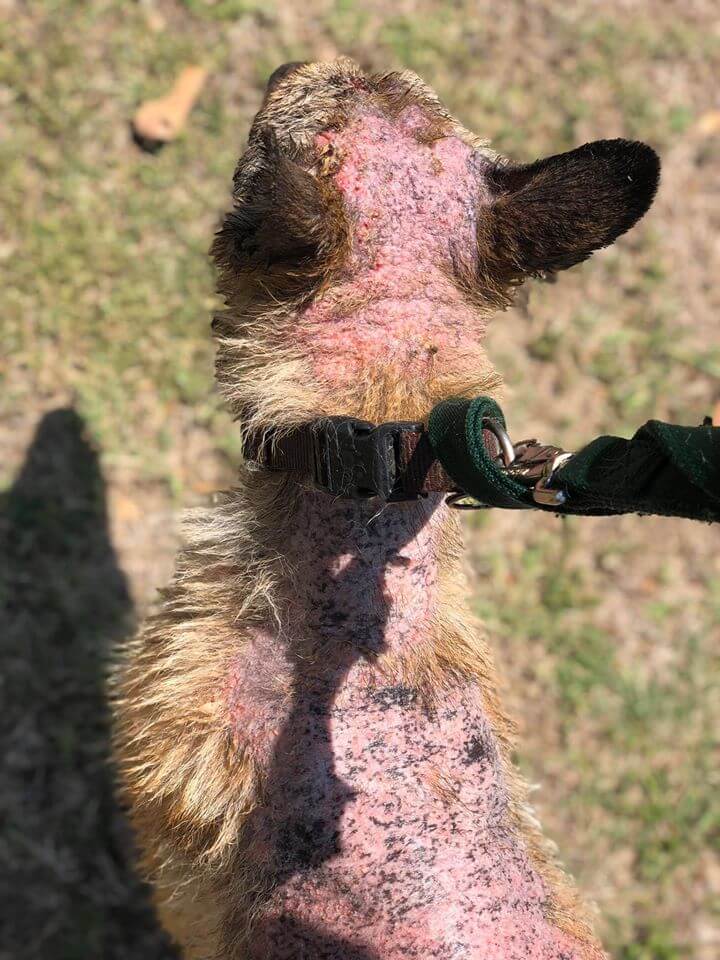 “His paws are raw from trying to climb up, he is skin and bones, weak and anemic,” posted Dallas Dog – Rescue.Rehab.Reform posted on social media along with Manchester’s heartbreaking photos. “He seems to have a severe mange with a skin infection. He is young and sweet…”

Manchester arrived at the veterinarian’s office in the afternoon and was checked outside. After his initial examination, a few people were allowed indoors as per the CDC recommendations. 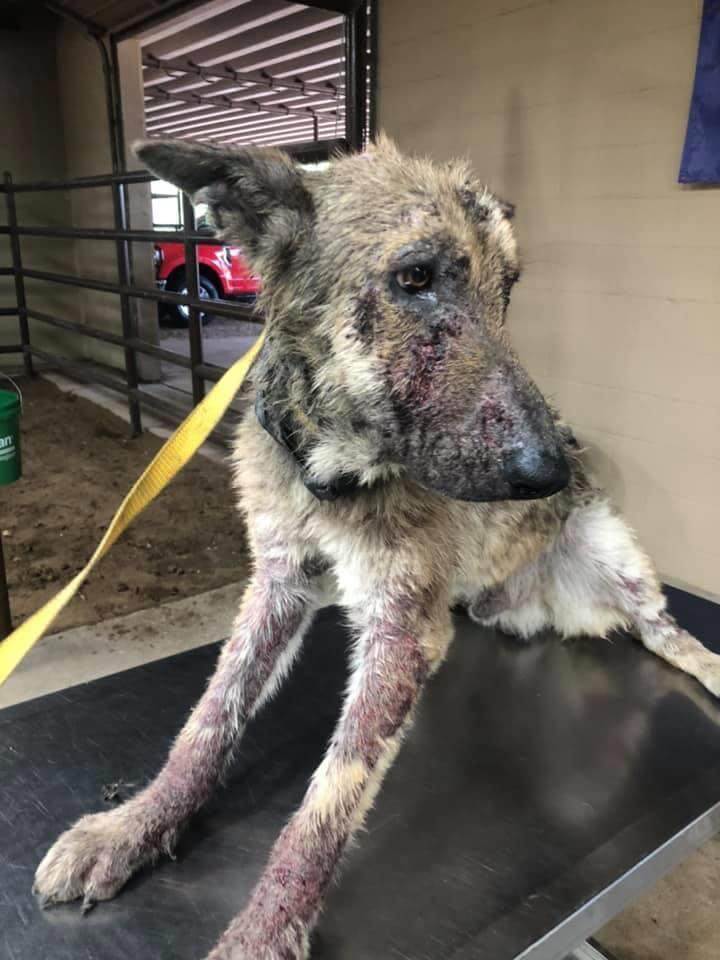 Doctors report that his skin condition is severe, and appears to have been burned. He also suffers from demodex mange accompanied by bloody sores. It is possible the hot sunny days could have caused the burns on his skin.

His examination included the following tests and results:

“CBC chem panel, 4dX negative, Fecal he does have hook worm and some bacteria he is 51 pounds and his temp was slightly elevated it was about 102.6.” 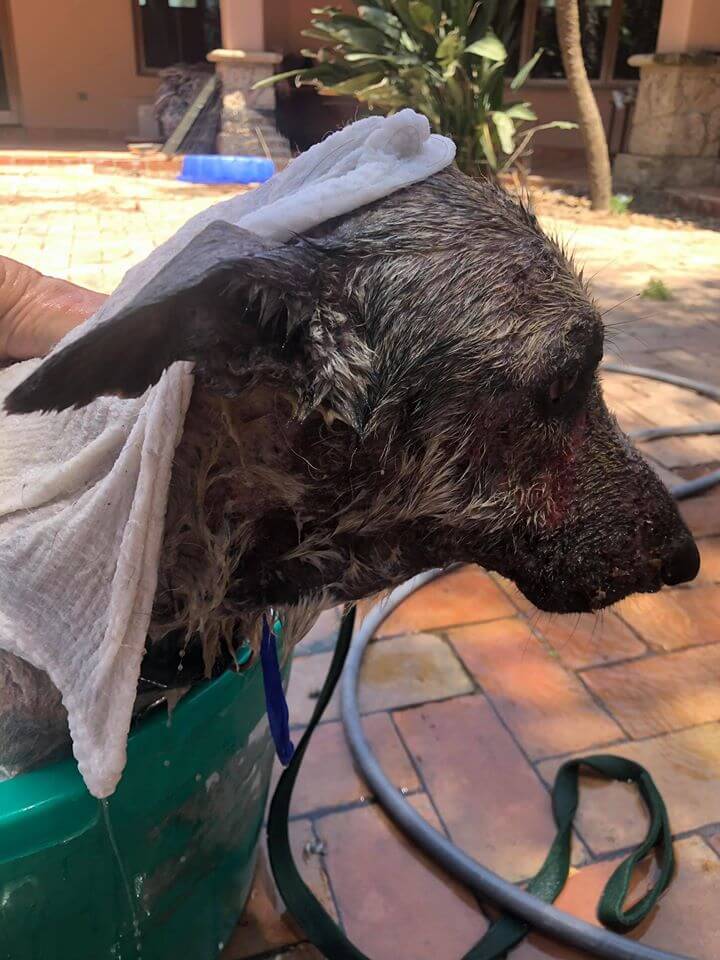 And then it was bath time. Manchester was freshened up and given a nice warm medicated bath. He loved it. Now Manchester it is time to heal. He was on his way to his foster home where the next step to his life life begins.

Welcome to your new life Manchester. Your life does have value.