At East Valley Animal Services in Van Nuys, California, a young dog arrived at the shelter on Wednesday afternoon in shock, running a high fever and in critical condition. The dog, dubbed Greg, was scheduled to be humanely euthanized later in the afternoon; social media had other ideas, and the dog was rescued from the shelter at the last moment. 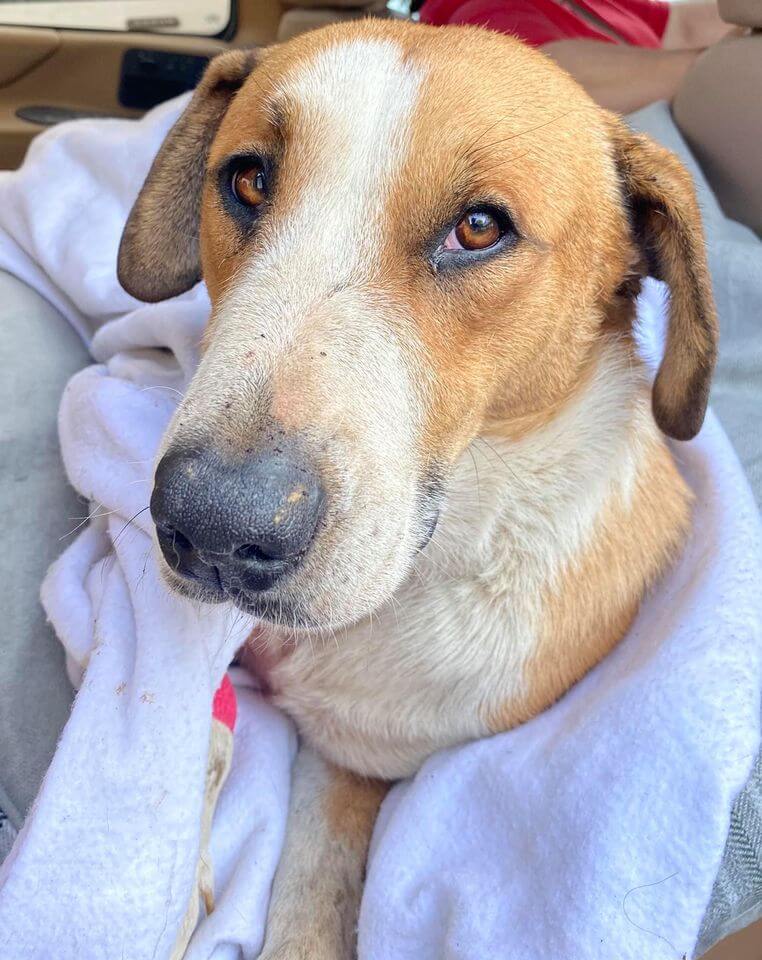 “Greg was scheduled for euthanasia at 5:00. I saw a post that my friend Laura G***** made begging for someone to help him and there was just no way I was going to let Greg die in the shelter today,” Foxy and the Hounds posted on their Facebook page.

Besides being in shock and running a high fever of 105, Greg’s heart rate was 220, he had explosive diarrhea and the shelter staff had been unable to stabilize his condition. The shelter veterinarian told rescuers she had done everything she could do to help the dog, but he was just too sick. 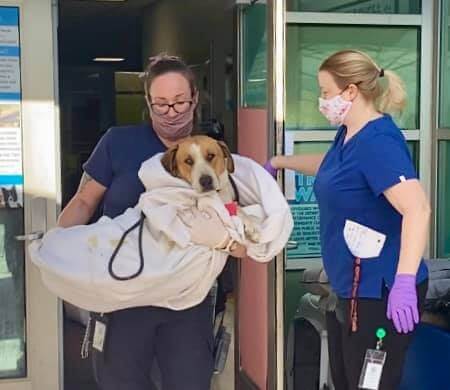 “They (shelter staff and vet) care deeply for this dog and his well being and could not have been more appreciative that we came to help Greg,” the post continued next to the photos posted of the dog being transported to the rescue’s emergency veterinarian hospital.

At Mid Valley Veterinarian Hospital, Dr. Pitt had been waiting for the dog’s arrival. He will need further testing to determine what is wrong with him, and there is no prognosis expected until some of the tests come back. 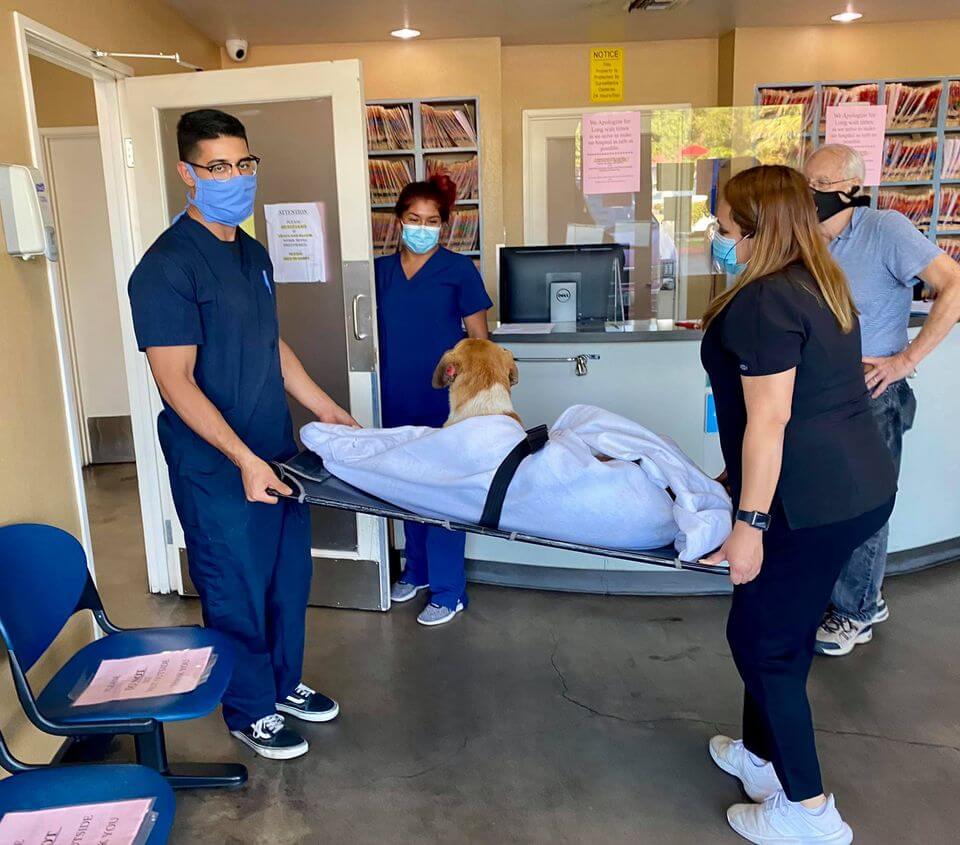 Every dog deserves a chance.

There are four ways to donate:
* Simply click the Donate button below
* PayPal: foxyandthehounds@gmail.com
* Venmo: foxyandthehounds
* Checks can be mailed to:
Foxy and the Hounds
6520 Platt Ave. #222
West Hills, CA 91307