In Cedartown, Georgia, a rescue organization stepped in to help a severely injured German shepherd and her nine puppies. 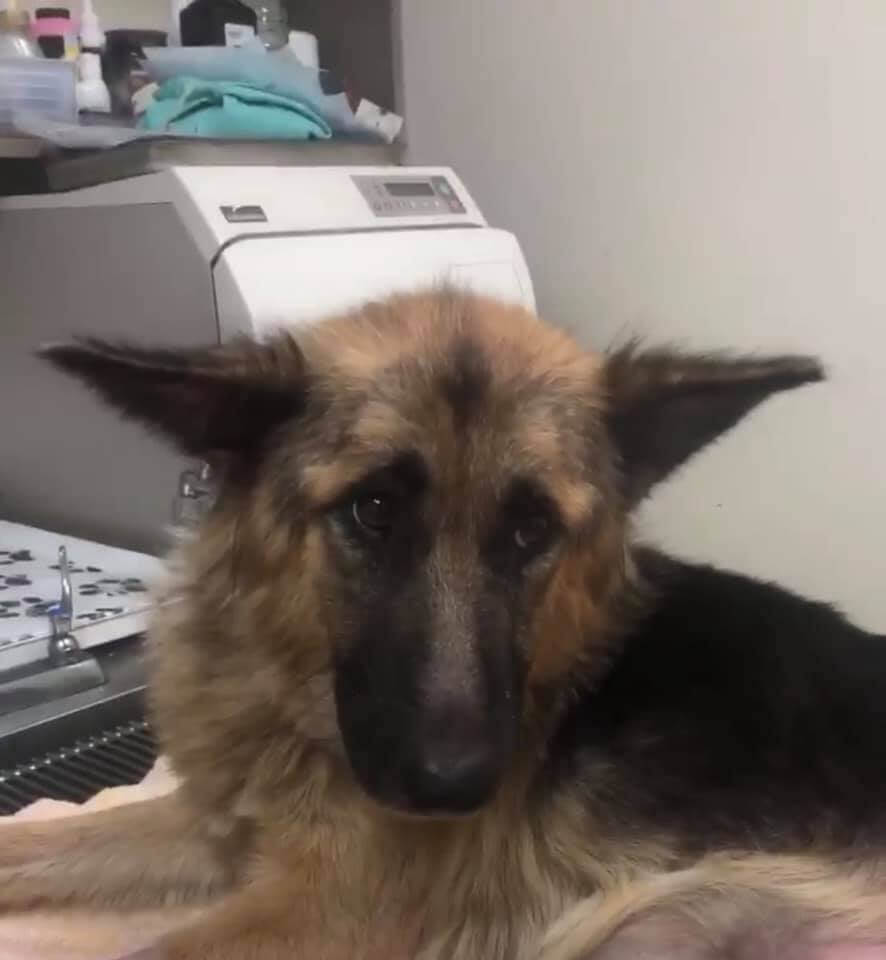 Animal Control had been dispatched on Sunday to pick up a dog after she was struck by a car. Agents from the Polk County, GA Animal Adoption and Recovery Shelter called her owners and told them to get to the shelter because  the dog, named Thelma was in serious condition and in pain. All day Thelma waited for her family.

“When her “family” came in to get her they took one look at her and said “no thanks.” No vet visit. No x-ray. No second thought. “You can euthanize her,” the owners stated as per the rescue organization Hounds in Pounds who immediately stepped in to help. 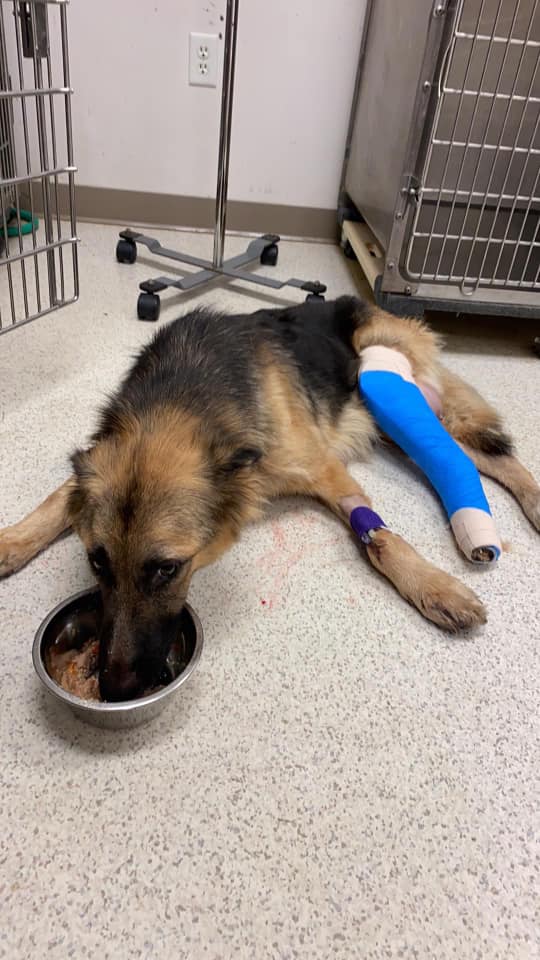 Thelma was rushed to an emergency vet.

Thelma just arrived to Dr. Terry and their first comment was “she is the sweetest girl ever.” Ok then, today we are going to move mountains for Thelma. She has been placed on an IV cocktail of meds and antibiotics. Right now she has bloody discharge coming from her vagina, something is going on with her uterus. She also had a very bad break that will require an orthopedic plate be put in (we would prefer to not amputate that leg). Despite being in shock after being slammed by a car and having her babies ripped away from her, along with the pain she is in, she is just still and thankful. She knows she’s safe now. She’s knows she’s a HIPster. We will take care of her and spare no expense in making sure she gets what she needs. Her leg is being splinted now until her bleeding is controlled. Once she is cleared for surgery, Dr. Terry will operate and screw/plate her leg. This has been an emotionally devastating case. Our hearts are aching for this mama and her babies, we will not give up.”

It took days of negotiations between rescuers and the owner to surrender the nine puppies only estimated to be three-weeks-old. On Tuesday, the little ones were also rescued:

The puppies were starving and have eaten 72 ounces of formula. Volunteers bottle feeding the little ones couldn’t give them the formula fast enough. They ate six plates of formula mixed with rice cereal. The puppies were full of worms, but now they are expected to thrive and gain weight.

The puppies will be reunited with their mother, but for now will be bottle fed because of the severity of Thelma’s injuries and her recent surgery to repair her fractured leg.

These puppies need some supplies. If you’d like to send them a gift, please click here-https://www.amazon.com/hz/wishlist/ls/2XUBG1INW6X9F…. When you go to checkout you’ll see “other” in your address list. You can choose Hounds in Pounds (Thelma’s puppies).