Posey is a three-month-old puppy who was found last week lying in the middle of a dark but busy street in Highland; she was not able to move. The Good Samaritan who rescued her was not able to afford emergency care; the puppy had no collar nor identification when found.

Dream Fetchers: Project Rescue stepped up to help and agreed to pay for the initial emergency veterinarian hospital assessment which showed the pup had suffered from shock and a broken femur. Had the puppy been surrendered to the San Bernardino County Animal Control with those injuries, in all probability she would have been humanely euthanized. Very few shelters have the means to treat emergency cases when stray animals arrive. 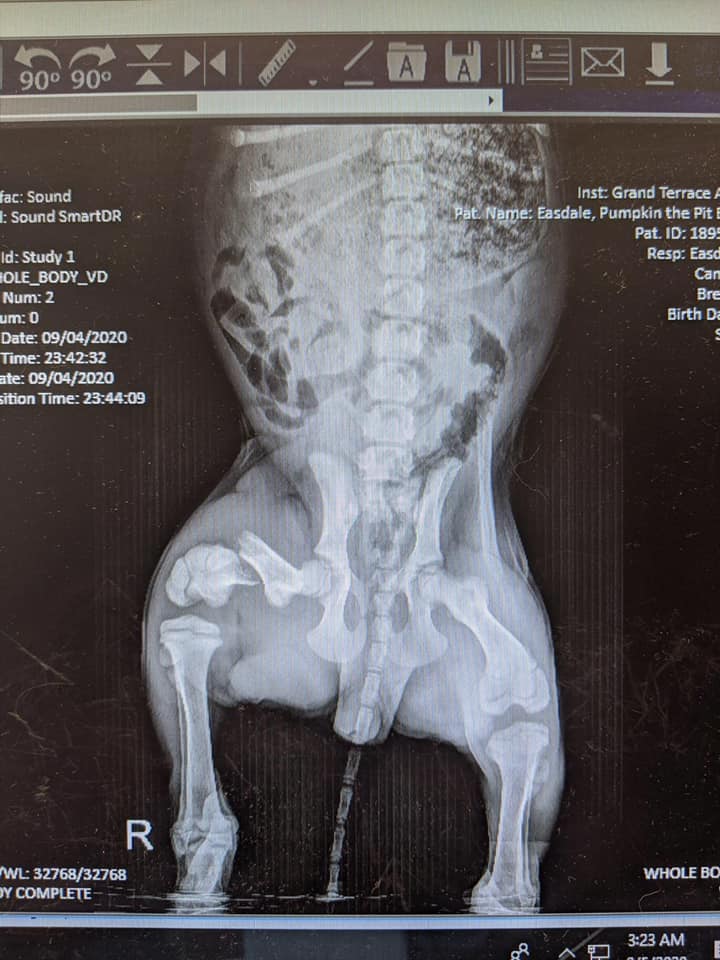 Dream Fetchers made the decision to care for the puppy since no owner was present. The surgery turned out to be more complicated than anticipated; the puppy crashed while under anesthesia, but veterinarian surgeons were able to resuscitate her. 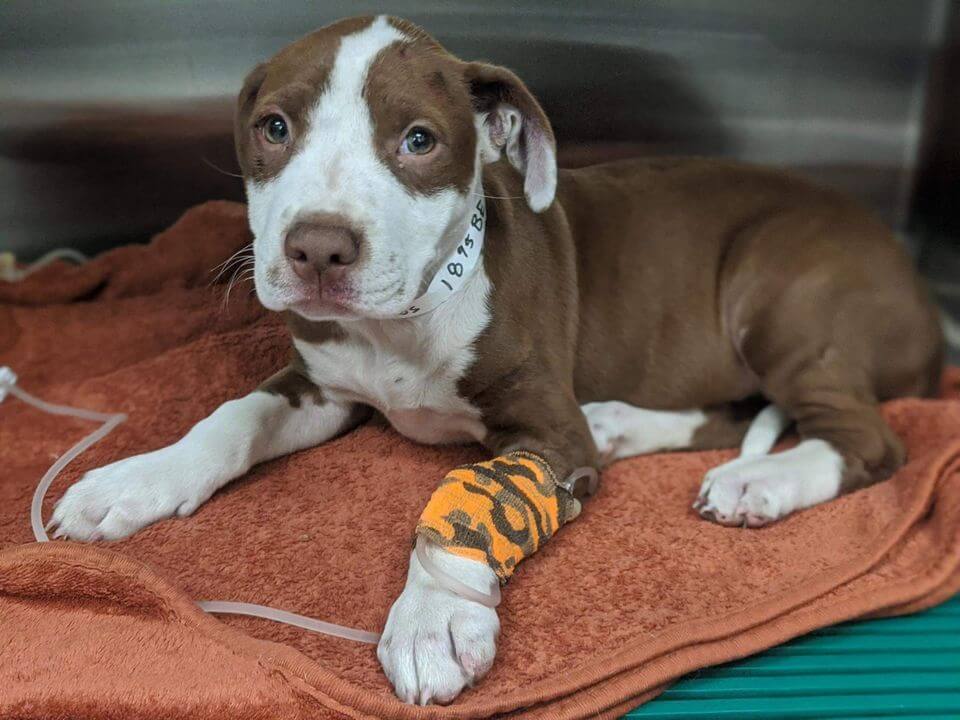 Fortunately, Posey is doing well and has been under the care of her medical foster and continues to have regular followup appointments prior to the removal of the pins in her leg.

Just recently, the rescue organization has been contacted by several people claiming to be the puppy’s owner. Currently several individuals are accusing rescuers of wanting to profit from the puppy’s injuries and future adoption. 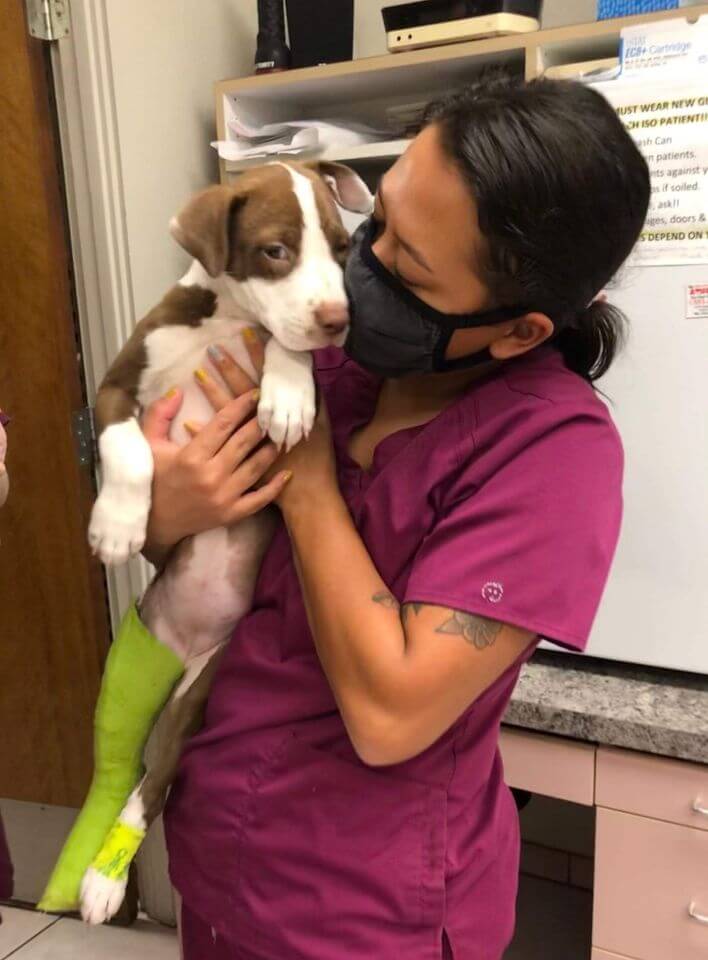 “We have asked for definitive proof of which individual is the owner and will be responsible for Posey/Bella going forward and are awaiting an acceptable response,” the rescue organization posted on social media.

An alleged owner stated the puppy she purchased from Craig’s List had been out in the front yard at night and near a busy street, and had not returned home for a few hours. A neighbor supposedly told the owner the puppy was not injured at the time, but when the car returned her, she ran out into the street, was struck by a vehicle, and therefore the expenses for the puppy’s care were not her responsibility. Another person said the puppy had been asleep and must have escaped from the back door and no one knew she was missing for a few hours.

California law allows the finder of a pet to keep the pet while looking for the owner. The finder will provide proper care for the pet and may recover reasonable expenses from the owner. In this case however, had the rescue organization not intervened, the puppy likely would have been euthanized at the local shelter.

Posey’s expenses have totaled nearly $5,000 – emergency visit, surgery, followups, etc. A previous fundraiser collected $1,500; therefore the owners would be obligated to reimburse Dream Fetchers almost $4,000 before Posey/Bella can be released.

The owners have since organized a GoFundMe to help pay the balance. They state they are unable to afford the puppy’s bill, and want the puppy back. Options have been offered, but until an acceptable arrangement can be worked out, Posey/Bella will remain with the medical foster.