A $5,000 reward has been offered for information leading to the arrest and conviction of the person responsible of abandoning an emaciated dog with cigarette burns on his head. The white male boxer was found in an open fenced yard on Princeton Street in Valley Stream. 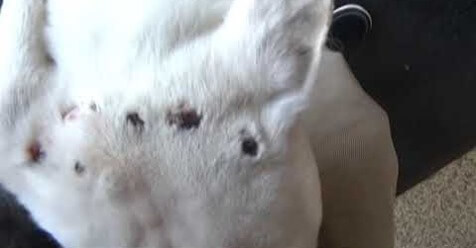 According to the Nassau County SPCA press release, released on Wednesday morning, the person who found the dog, now named Chester, brought the dog to  Central Veterinary Associates in Valley Stream which referred the case to the Town of Hempstead Animal Shelter.

Veterinarians examining Chester determined he was not suffering from any medical conditions which would have caused him to be so skinny and that the burns on top of his head had been caused by cigarettes.

“This innocent animal suffered needlessly, and we need to get justice for Chester,” stated Nassau County District Attorney Singas. “I’m grateful to the Nassau County SPCA for offering this $5,000 reward to help us find and prosecute whoever starved and burned this poor dog.” 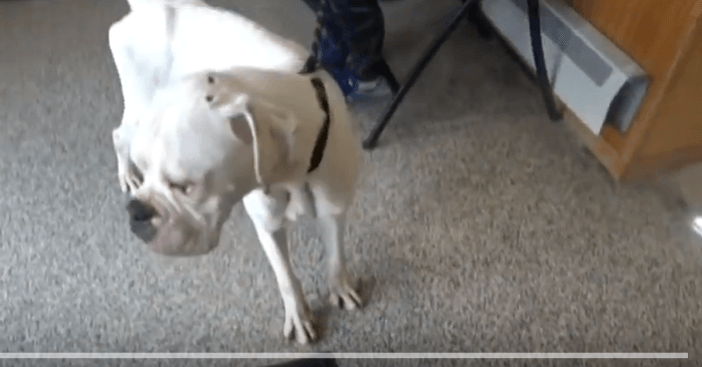 Chester is now being cared for in a foster home and reported to be doing well.