A dog caught in a house explosion in Knox County, Illinois, has passed away. The sad outcome was announced by the veterinary hospital which was working to save her life. On Tuesday, the Knoxville Veterinary Service wrote:

We deeply regret having to inform the community in this post that Maggie has passed. She had touched so many lives the past few days and our hearts continue to go out to the family. 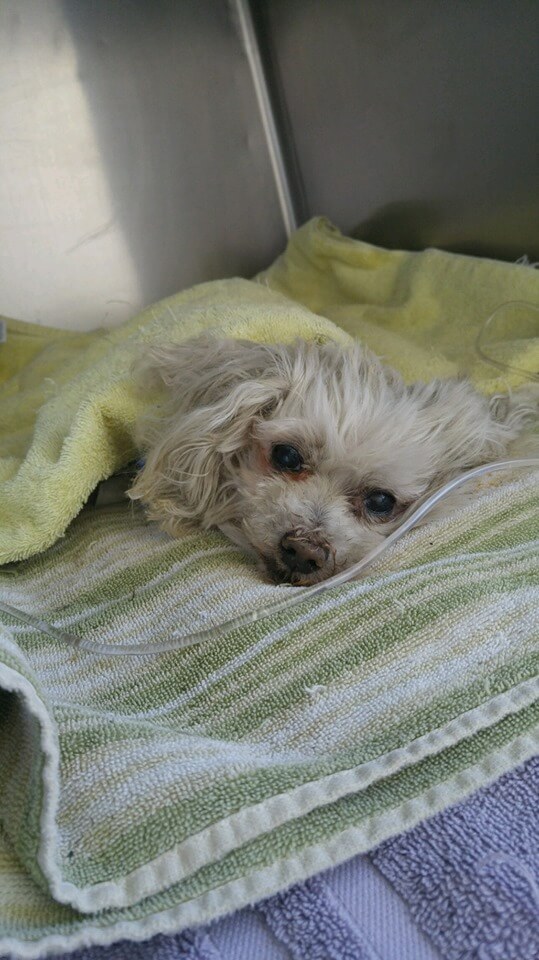 We picked Maggie up yesterday from the scene unresponsive, in shock, covered in debris and hair singed. She spent a lot of time on oxygen yesterday while having IV fluids and pain medication initiated. It wasn’t until this morning that she became responsive and more interactive. She isn’t able to move any part of her body yet, which is our biggest concern. A neck injury and 4 broken ribs are evident on the x-rays that have been taken, so we will continue to monitor and evaluate her.

According to KWQC News, the explosion was caused by a propane tank which supplied gas to the house. Two people, identified as 51-year-old David L. Swain Jr., and his mother, 77-year-old Wanda Swain, died in the explosion.