In Chandler’s Ford,  located in the Borough of Eastleigh in Hampshire, England, seven Newfoundlands were left injured and homeless after their home was destroyed by a fire on Sunday.

According to Yahoo News, the RSPCA came to the dogs’ urgent rescue. Monty, Celeste, Blue, Remy, Woody, Swift and Rafferty had been inside of the burning home when firefighters arrived. Emergency treatment was provided for the dogs as they were rescued from the blaze.

RSPCA Inspector Hannah Nixon arrived at the scene to help and found a “black Newfoundland dog laying with burns to the face.” He was transferred to a veterinary hospital for treatment. Sadly, Swift had to be humanely euthanized. Blue continues to be treated for burns which covered 40% of his body. 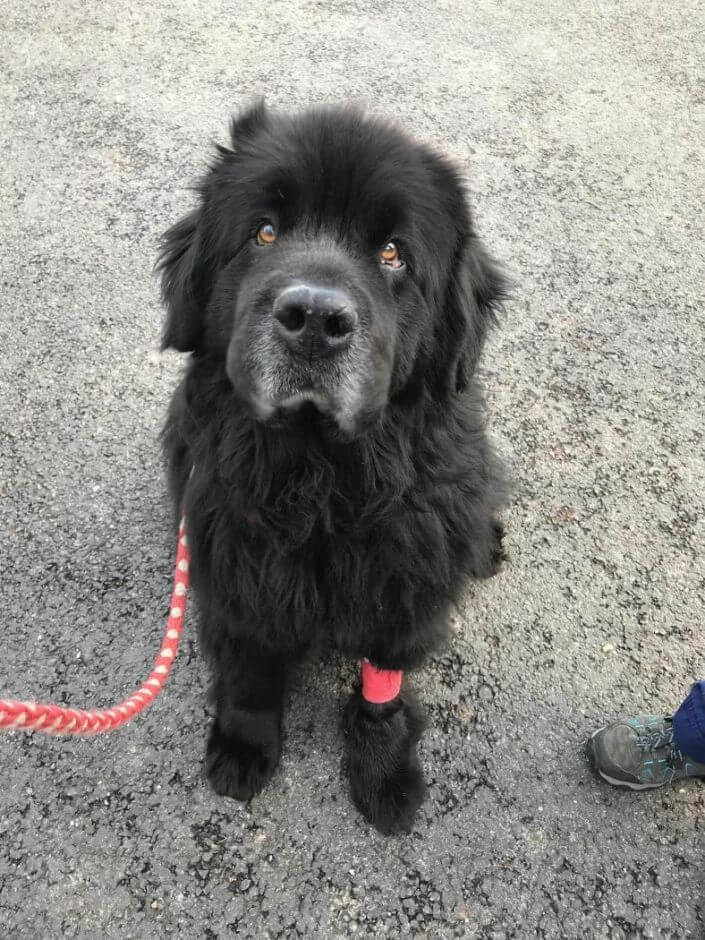 The five other dogs are fine and are currently being fostered. The RSPCA are paying all expenses for the dogs’ care and their temporary housing.

The owners of the dog are being helped by friends, family and charitable organizations.