Since March 2021, Mazi has waited for someone to adopt him. His life had been so chaotic for the past year after he went from one family to another and then surrendered to the loud and frightening shelter.

According to the New York City Animal Care Center, Mazi has not adjusted well – which may have been true when he was first brought in, however by late April, the young dog has been easy to leash, leans in for affectionate pets, takes his treats carefully and returns to his kennel without any issues. 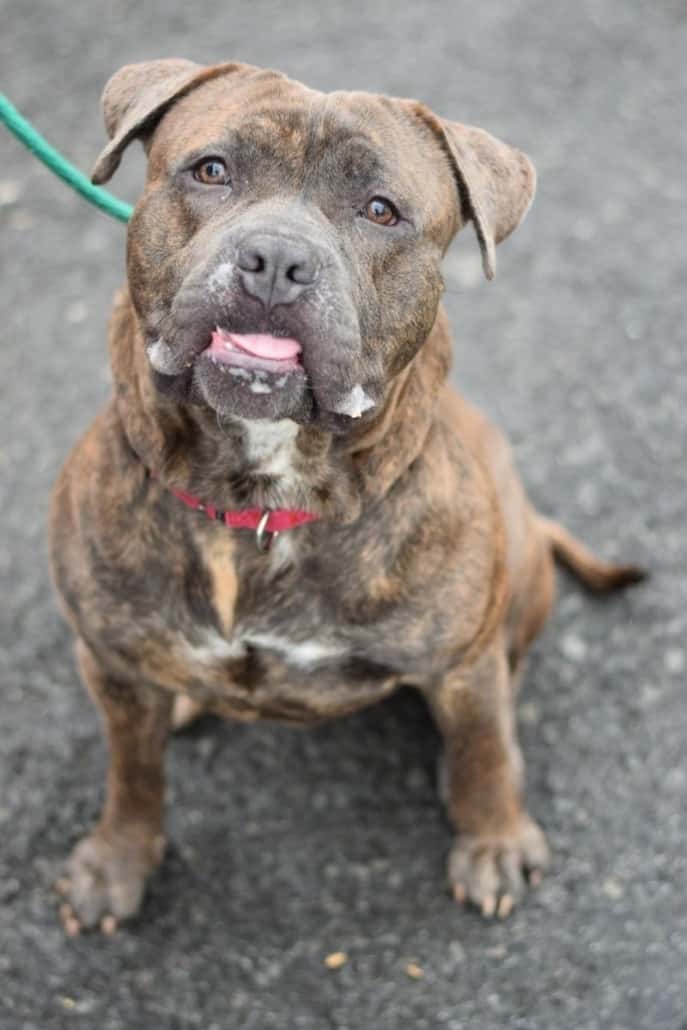 In his last home, Mazi was reported to have been shy meeting strangers, playful with children, rough play with other dogs and had spent up to 24 hours in a crate. Who crates their dog for that long of a time? Mazi is a four-year- old male, large mixed breed dog his owner had from a friend. He was surrendered to the BACC due to his owner moving and there being a no pet policy. Owner had him for about a year. Mazi previously lived with one adult.

During his entire life, Mazi has been disappointed and let down by the very people who were supposed to love and care for him. Doesn’t he deserve better than a needle which is about to be administered to this dog within a few hours?

AS OF 4/30/21 – MAZI IS EASILY LEASHED, LEANS IN FOR PETS, TAKES TREATS GENTLY, GOES BACK TO HIS KENNEL WITH NO ISSUES!
4/30: Mazi was easily leashed and led outside, allowing all handling for the drag leash attachment. He relieved himself and explored the pens. Mazi remained soft and social during her session. He readily approached when called over and offered a “sit” upon cue. Mazi leaned into pets and accepted treats gently. He bounced on a toy offered picking it up briefly but did not play with them much. He greeted a dog opposite the fence during their walk and he remained neutral bodied but was a little wary and walked away on his own. Mazi remains easy to leash and return to his kennel without issue.

Mazi needs a quiet, patient family who will let him decompress and go at his own pace, and help him improve his housebreaking habits and leash manners.
TO SAVE MAZI 112541, please post on THREAD, PRIVATE MESSAGE Dogs Lives Matter – Saving NYC Dogs, or EMAIL NYCDogsLivesMatter@gmail.com
Please share Mazi’s plight with approved rescue organizations, friends, family and social media contacts. Sharing saves lives. NOT RESERVED MAZI #112541 WILL BE KILLED THURSDAY, MAY 13 AT NYCACC IN BROOKLYN, NY.
Additional Behavior and Medical Notes can be found here:
https://www.facebook.com/…/a.36161848…/4104596662932783/
62
SHARES
ShareTweet