In St. Paul, Minnesota, a six-year-old German shepherd mix found her way back to the home she preferred after having been adopted by a family almost 40 miles away.

According to the Wags & Whiskers Animal Rescue of MN, Zelda was a very shy dog who spent seven months in foster care; her foster mom Seneca Krueger helping her to gain self confidence before she was ready to be adopted. Zelda and Seneca became extremely bonded, but her foster mom knew from the 30 to 40 dogs she previously fostered, the time would come for Zelda to find her very own home.

When it came time, a family that lived 30 miles away in Chanhassen adopted Zelda. Tears fell from Seneca’s eyes as the dog left for her new home, and the loneliness she felt for the sweet dog didn’t fade.  Ten days later, Zelda escaped, and when Krueger heard the news, she immediately volunteered to help with the search. At the time there had been several sightings; a search team had been hired to help with traps being set. Still there was no luck.

Nearly two months passed when someone reported seeing a dog who resembled Zelda in South Minneapolis, but the trail went cold.

A few more weeks passed and more sightings of a dog resembling the shepherd surfaced. This time the trail led to St. Paul – just a mile from where Krueger lived.

Fast forward several weeks, and someone reported a dog who looked eerily similar to Zelda in South Minneapolis by the cemetery. After several sightings in and around that area, the sightings stopped coming in, but the story wasn’t over… 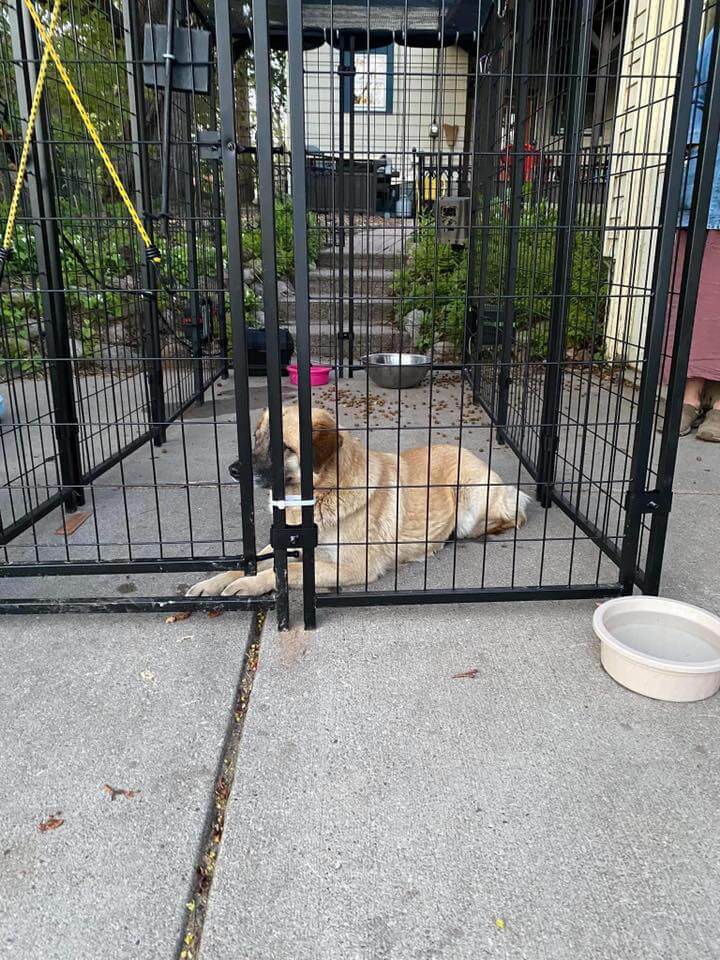 “Could she really be making her way back “home”, roughly 40 miles from where she was adopted? With several sightings at a feeding station a volunteer helped set up at their house, the foster decided to try to trap her. And this morning, there she was! And indeed, it was Zelda, confirmed by her microchip,” the rescue posted on social media.

And now Zelda is home. Her foster mom has adopted her, and Zelda has no more reason to run away. For a dog who took months to just wag her tail and who didn’t bark because she was so scared, the new and improved Zelda has found the love of her life.