A group of American soldiers have partnered with a non-profit rescue organization to help raise funds to bring a stray puppy back to the United States from Syria. The puppy, rescued while on a war zone mission, had been heard by soldiers whimpering; when the men found her, she was the only one out of six puppies still alive. 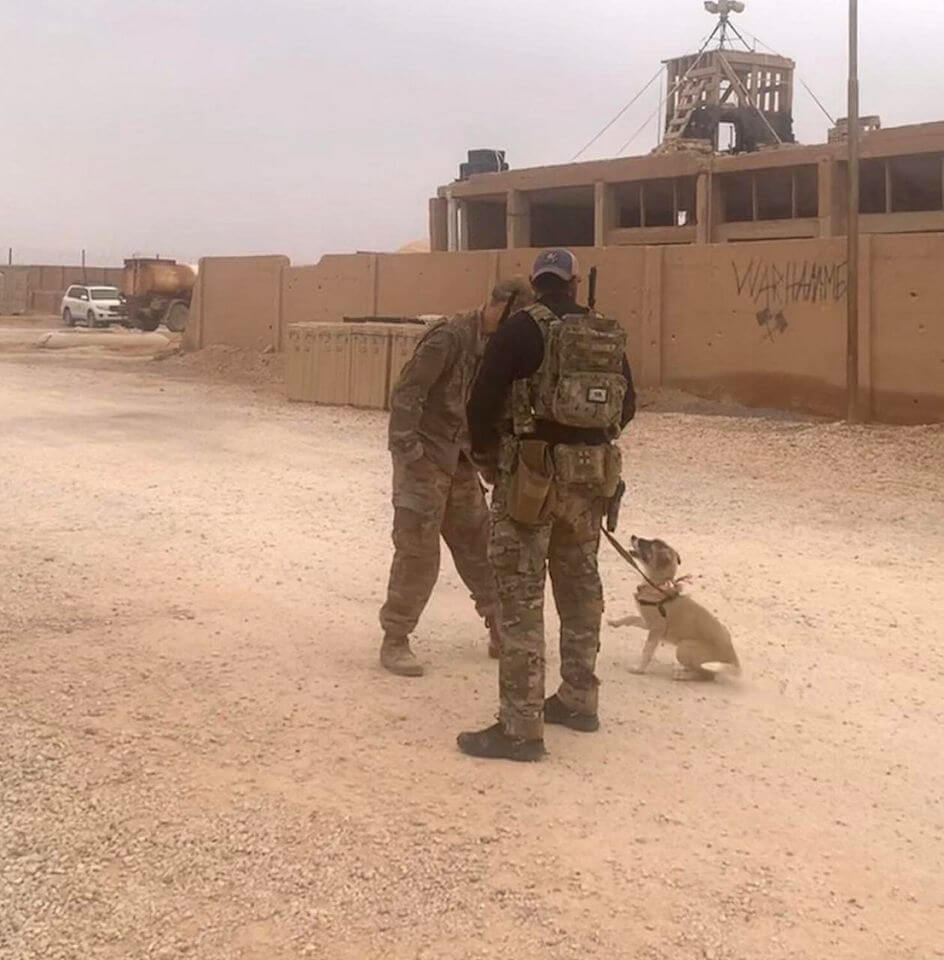 According to the Paws of War, the mother dog was no where to be found and,

“when they stumbled upon a small, whimpering puppy trying to huddle in a pile of dead puppies, they could not look away. Unfortunately, the 5 other puppies were dead, most likely from starvation and dehydration. The mama dog…nowhere to be seen for she very well may have been killed like so many before her. The first thing these soldiers did, was grab the pup out of the pile of dead siblings.”

The soldiers named her Harley and carefully fed and gave her water; day by day she grew stronger and stronger. Of course, she became bonded to her humans and likewise for the men. In Syria she followed the men wherever they went. 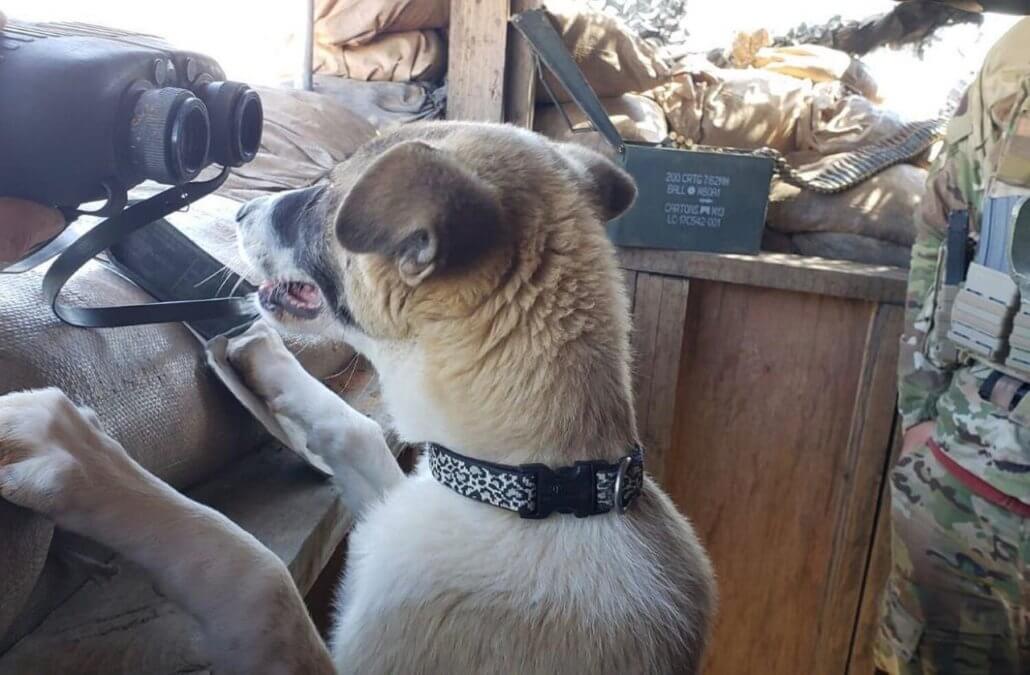 And when it’s time for the men to return to the United States, what about Harley? If left to fend for herself, she surely will die, but getting a dog out of Syria is very difficult. There are plans, however to send her back with of the soldiers. The organization is hoping to raise $6,000 by June 6.

Paws of War is also rescues and trains dogs to be paired with veterans who need therapy animals.

Donations are being raised here.