In Houston, someone exceptionally cruel wanted to make sure Chester suffered. Something had been tied around the dog’s muzzle and tightened, and then forgotten or intentionally left on to stop him from barking or perhaps chewing on a shoe. Someone felt this is what Chester deserved. 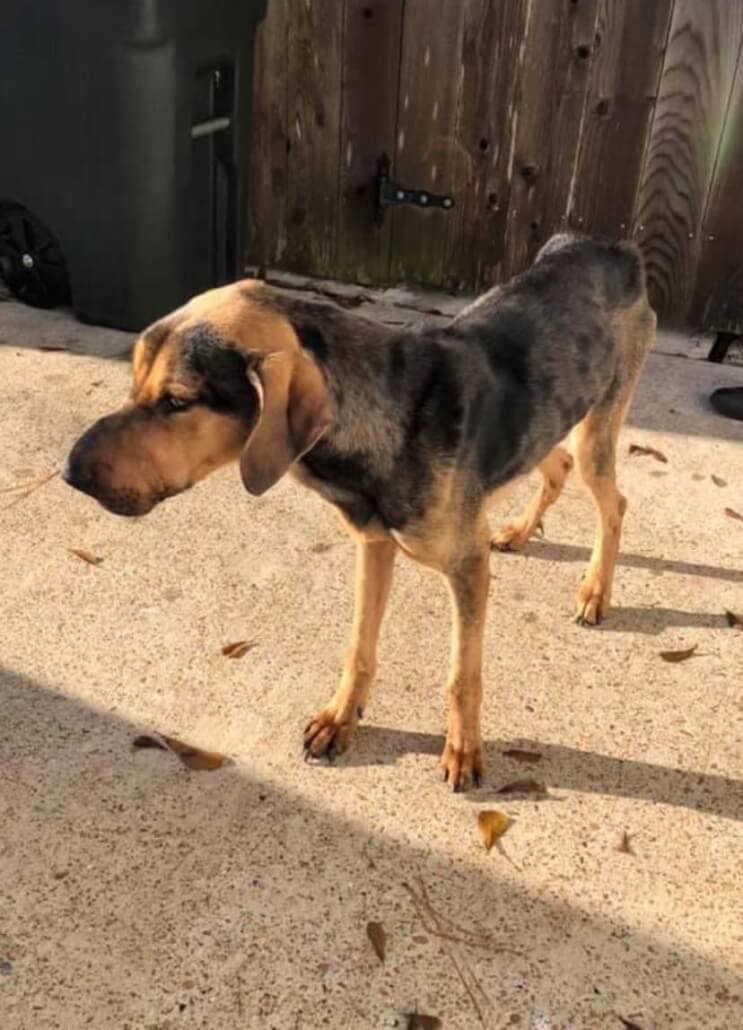 “It was so tight and was left on so long, that his muzzle is swollen and the inside of his mouth is black and necrotic,” ThisIsHouston posted on social media Monday afternoon introducing the friendly dog to their rescue organization. 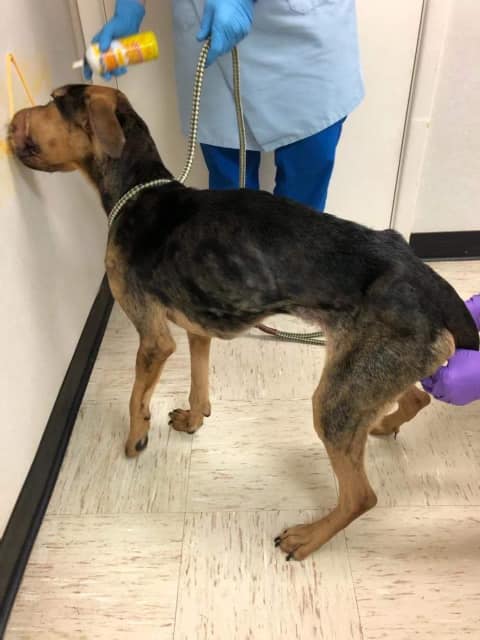 Luckily Chester found a way to get whatever had been binding his mouth together off his nose. He then wandered over to a house where he was ultimately rescued by ThisIsHouston. And of course, as so often happens, Chester is a very sweet dog who knows many commands proving that at one time someone cared about him.

Chester is emaciated and now weighs 36 pounds. A dog of his breed and size should weigh between 50 and 60 pounds. No one knows how long he went without food. 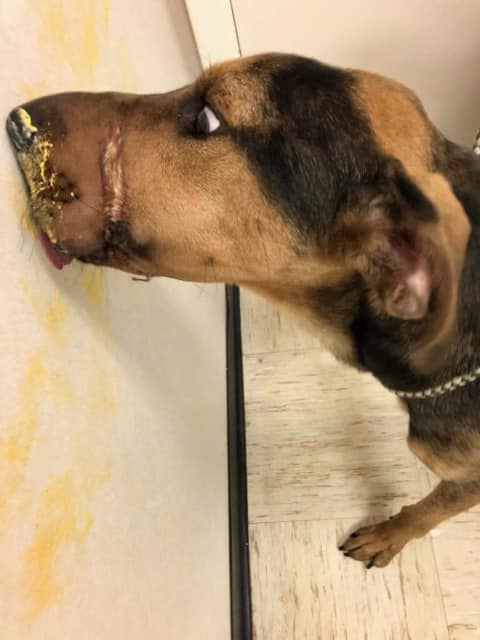 There is nothing Chester could have done to warrant such egregious animal cruelty. His past remains unknown, but his future promises lots of love and hopefully a new home where he can cuddle into a soft bed and be someone’s special friend.