Along the banks of a river in Thailand, two dogs were spotted standing a few feet apart appearing to be guarding something. Ake Srisuwan posted the poignant photos on his Facebook page; the pictures quickly went viral.

Srisuwan went over to investigate what was going on, and when he approached he found a woman seemingly lying lifeless along the river bank in the mud. He went closer – the woman was alive and may have fallen asleep or passed out. Nevertheless the dogs, who were also covered in mud, refused to leave as Ake approached.

And so the story went that the elderly woman was homeless and blind. The two dogs, however always accompanied her as if they were guarding her and trying to keep her safe. Neighbors claimed the woman may have been drunk and passed out – not aware that the river’s edge was a dangerous place. 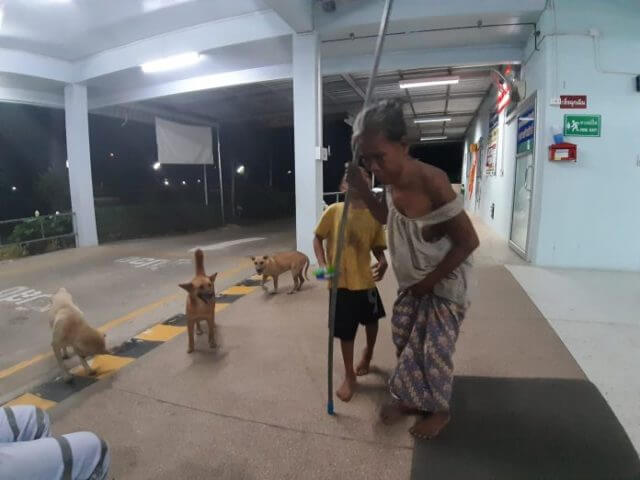 We sure do have a lot to learn from our dogs. They truly are our best friends.