A clever pooch who somehow got loose, lost or abandoned had been hanging out in a family’s backyard and just refused to leave. When Animal Control for Memphis Animal Services tried to round him up, the young dog continued to elude capture – that is until a humane trap was set, and on March 27, the young dog dubbed Oliver, was brought to the shelter. 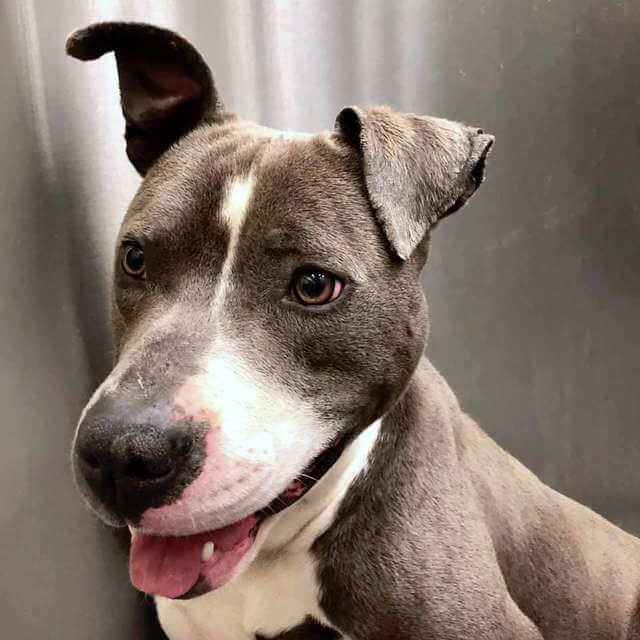 The friendly gray and white male pup, barely one-year-old greeted everyone from behind the bars of his shelter cage; he was shy, but he was just ready to go. Sadly, no one had come for him, and he waited and waited, but something rather unusual set Oliver apart from the others.

Oliver!! He wants somebody to come get him and his bowl! And look at those ears! I don’t know why I agree to go with people to the pound,” posted Wilson, Rosie, and Pickle Pete on Facebook.

“Y’all Oliver is on the urgent list. He doesn’t have much time left to find a family where he won’t have to share his bowl. He needs to go home with someone as an only dog, because right now he’s not playing nice at recess.” 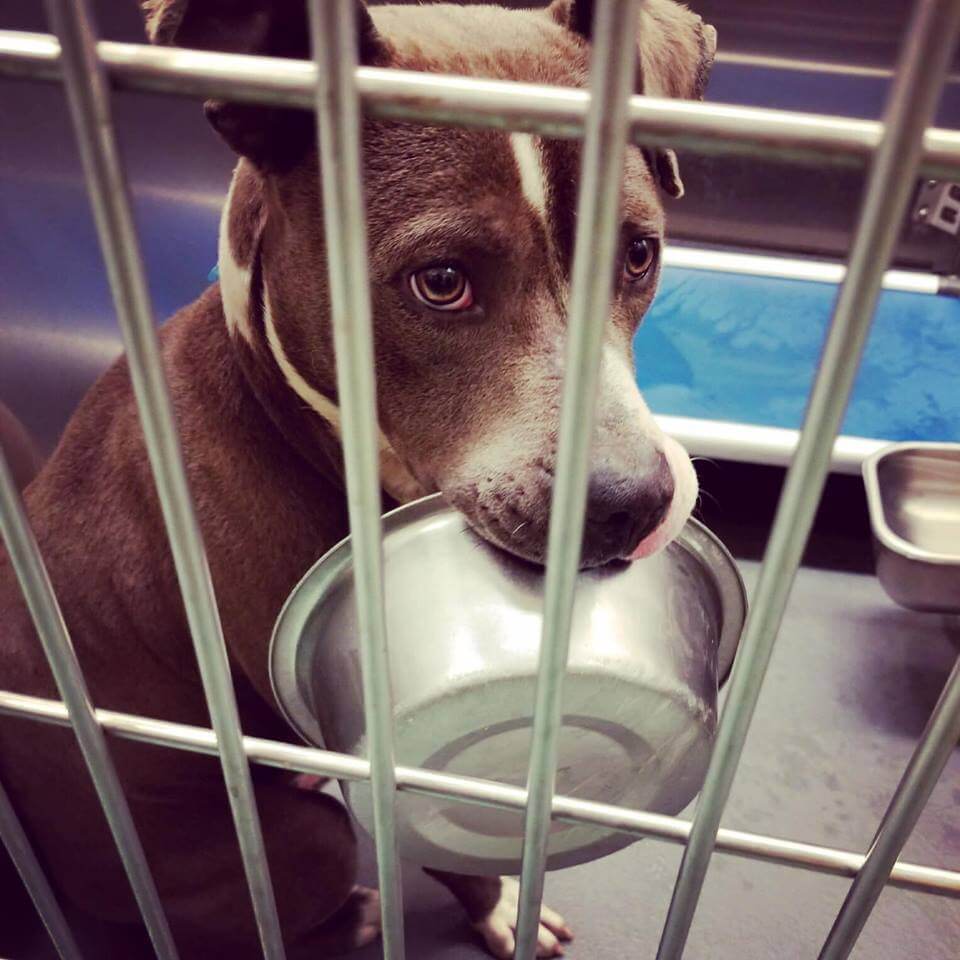 Tragically the shelter had scheduled Oliver to be euthanized on April 10 and sent out a group email asking for help and for someone to adopt him.

According to the shelter’s social media page, stray dogs are fed as soon as they arrive, and Oliver loved his food. Whether he had been starved in the past or had been taught to pick up his bowl when he was hungry will forever remain a mystery. Volunteers and staff  at the shelter, however quickly figured out how clever Oliver was, and before long, treats motivated the dog to learn new commands and come up to the bars of his shelter cage to be petted.

It didn’t take long for Oliver to figure out if he held his bowl, food and treats were soon to come. Everyone started taking photos of him holding his bowl – ears perked up, and it wasn’t long before his photos went viral. 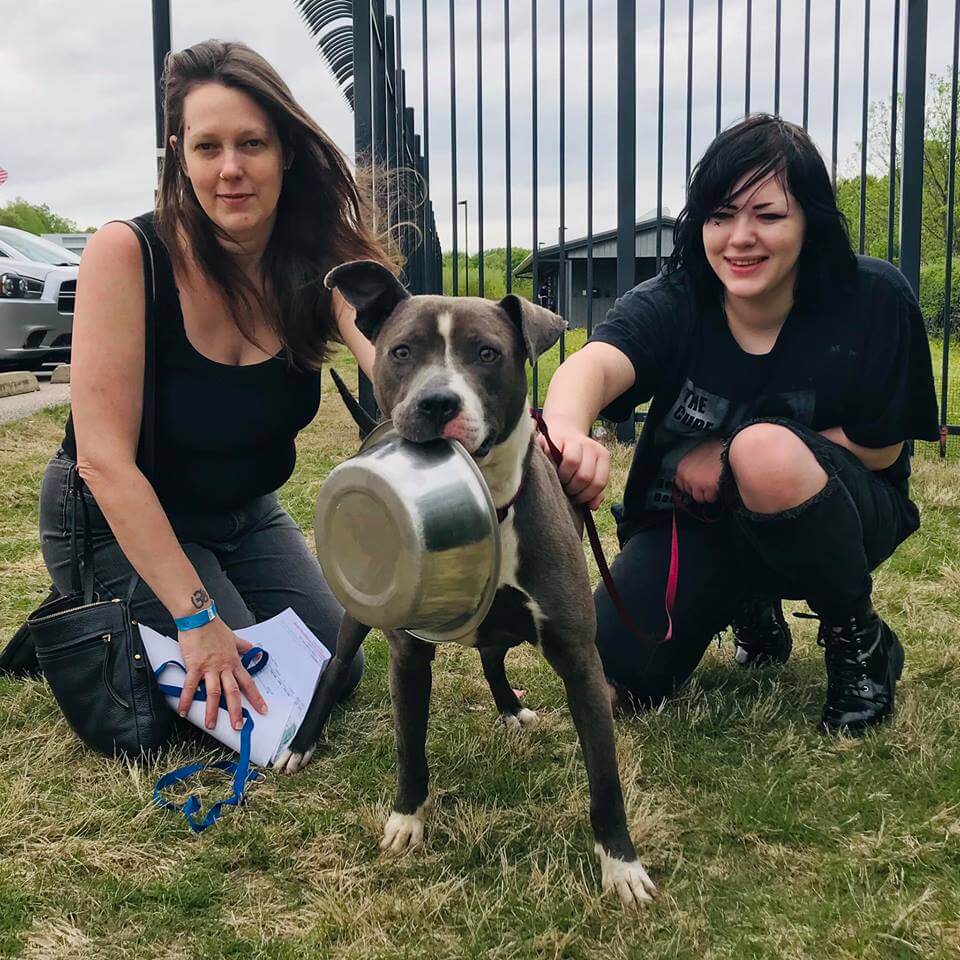 At the very last minute, Oliver was adopted, and yes, his food bowl accompanied him to his new home.

“Y’all did it! Someone got him at the literal last second. Shelter confirmed this post could be updated!”

If only every dog sitting in a shelter waiting to be adopted could be this lucky. You can help. Spread the word, share photos and stories for those in need. Spend a few minutes and save a life. Just ask Oliver.