A sweet, mixed breed dog named Regan has spent almost his entire life in a shelter. The three-year-old dog is currently with the SPCA Albrecht Center for Animal Welfare (South Carolina), which shared his plight with Facebook followers this week, writing:

Sweet 3-year-old Regan has been in a shelter for almost his entire life! He started out as a puppy in an upstate S.C. shelter and waited far too long to be adopted. This shelter became overcrowded, so we took in eight pups to help them out – including Regan. This cutie is the last from this transport to find his forever home and we have no idea why! He’s such a kind, shy boy.

According to the shelter, Regan walks well on a leash and is a good rider in the car. He has made some dog friends at the shelter, but prefers to avoid the company of cats. The shelter said:

Regan would love someone that works from home or is home more often just while he adjusts. Though he’s shy, he’s trusting and wants so badly to give his love to someone (a couple of Zaxby’s fries helps build his trust, too). 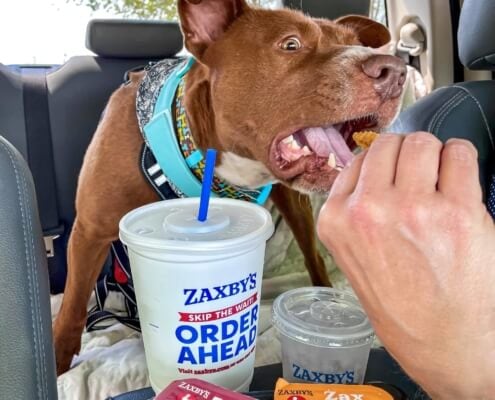