Spaghettios has been at Carson Animal Care since May. She arrived as a stray, had no microchip and appeared to have been bred repeatedly; and then either ran away or was abandoned. She is six-years-old, has a great disposition and would sure appreciate everyone sharing her story and her video to help her find a home where she can be loved. 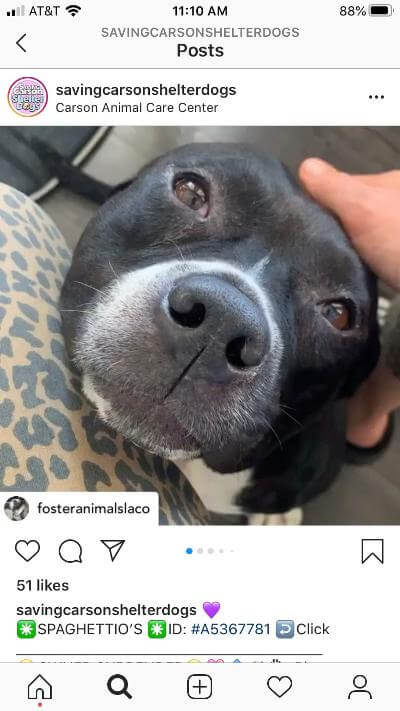 Last week, Spaghettios was adopted; she was so excited and left the shelter wagging her tail and with the biggest smile one could imagine. Unfortunately, she was returned just days later – her new owner told the shelter she didn’t get along with the family dog. 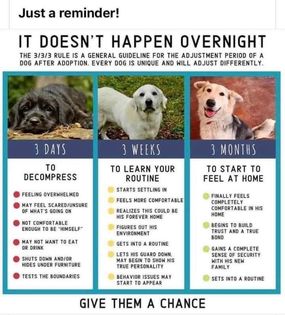 And here she is again – waiting for someone to love her.

The shelter’s assessment indicates this girl is wonderful:

Spaghettios was sleeping in front of the kennel when the runner arrived. The runner woke her up by gently calling to her and Spaghettios sat up and walked towards the runner. She had a neutral body, relaxed ears, slow tail wag, and eyes that appeared sad, yet soft. The runner placed her hand on the fence, but Spaghettios simply sat and stared at the runner and did not acknowledge at the fence.

The runner opened the kennel door and presented her leash, but Spaghettios stood up and walked to the back of the kennel avoiding the leash. She continued to avoid the leash requiring the runner to step inside and place the leash on her. She was able to be easily leashed and safely removed from the kennel. Once walking through the dog run, her body remained neutral as she walked well on the leash with the runner, bypassing the dogs on the way to the catch pen.

In the catch pen, she slowly approached the fence to greet the dogs with a neutral body and soft tail wag. She allowed the runner to place the collar with ease and was led into the yard…

Even though Spaghettios was wary of the male dog in the yard, just moments later she relaxed and wanted to play. She explored the play yard and when confronted by other dogs, became stiff, raised her hackles, but respected the dog and wanted to play.