Meet Pepsi – he’s a five-year-old mixed breed who spends most of his time lying in his kennel because no one comes to meet and greet him anymore. The Babylon Animal Shelter is hoping social media fans can help Pepsi find a loving home.

In February 2019, Pepsi was found roaming the streets, and he kept running because he was so scared. Finally he was trapped near the Pepsi Company factory – thus his adorable name.

No one can figure why he doesn’t already have a home. A volunteer writes:

“This stunning 5-6 year young boy, knows his basic commands and loves long walks. He has been described as a very ‘chill’ dog who loves to play with goys, but also loves to just lay and cuddle his people. He is the complete package just waiting to become someone’s best friend.” 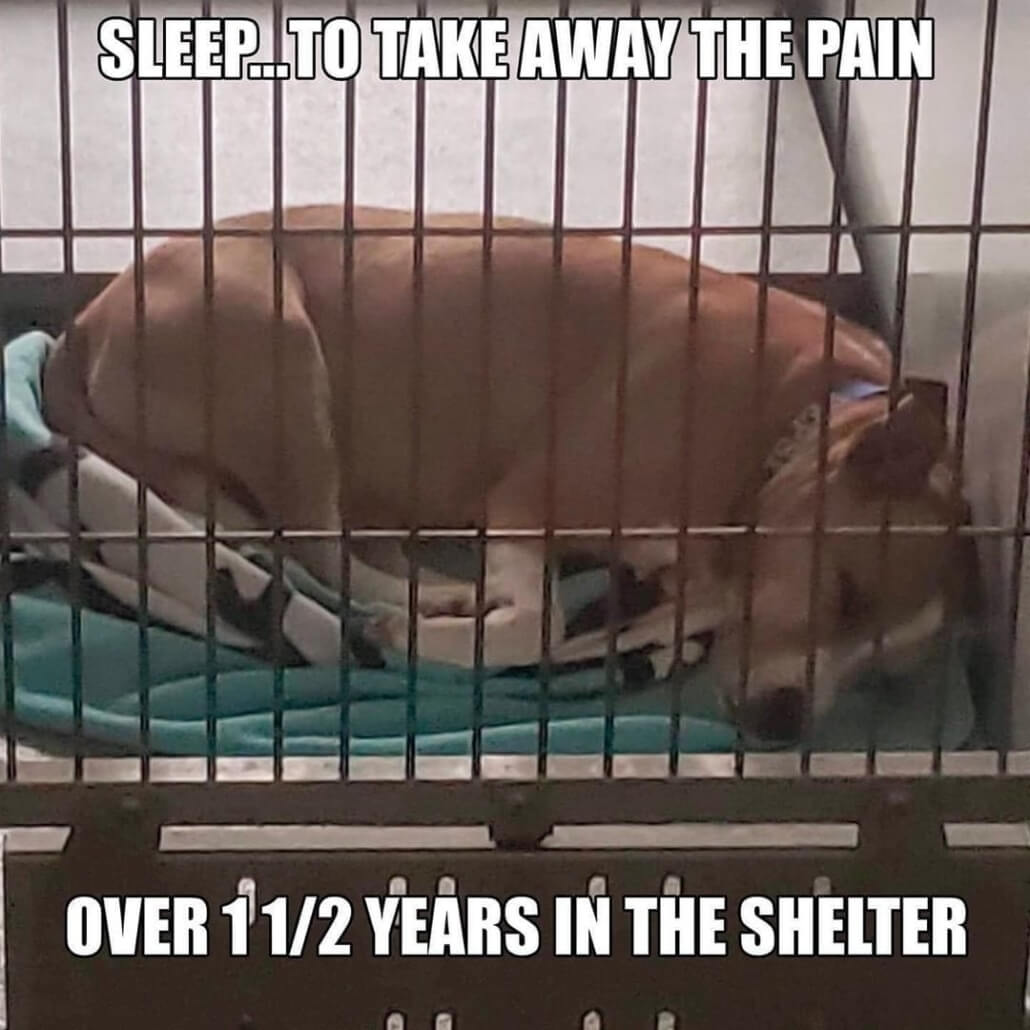 Pepsi is quite shy when he meets new people, but he warms up very quickly. His one issue is that he does not like other dogs, and although the shelter states he walks very well on a leash, he can be reactive to other dogs passing by. He is also described as a “bit of an escape artist” so his home and yard should be secured. It is preferred that no children under the age of 14 be in the home.

Help Pepsi find an experienced family who will spend lots of time, patience and love with him. Help find Pepsi a family who will allow this special boy to decompress, introduce new people slowly and give him lots of exercise and adventures. Share his plight with friends, family and social media contacts.

Surely someone will fall in love with this special boy. Nearly two years in the shelter – he deserves a real home even though his friends at the shelter do their best to comfort and love him.