At the Garland Animal Services, a plea went out to approved animal rescues asking for help with a three-week-old puppy weighing less than one pound. He was found in a park by a Good Samaritan who stated the puppy was alone and crying. 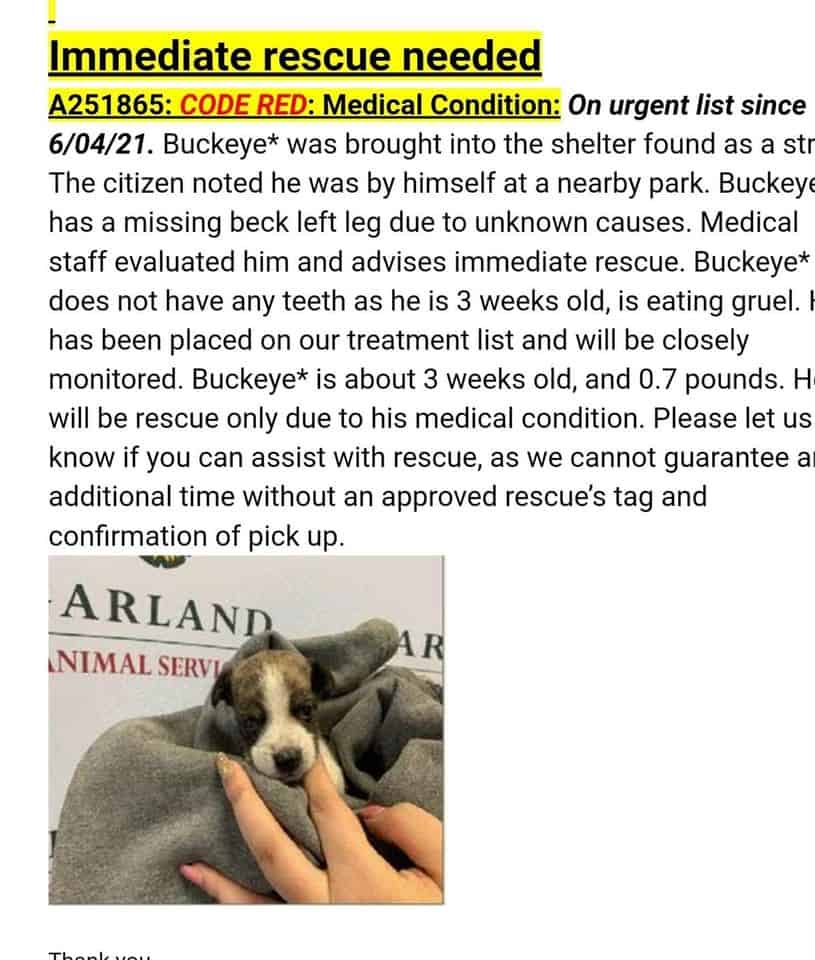 The medical staff did not know how the puppy, dubbed Buckeye lost his leg. The shelter staff had been monitoring him very carefully since he only ate puppy baby formula and were relieved when Dallas Dog – Rescue.Rehab.Reform stepped up to help. 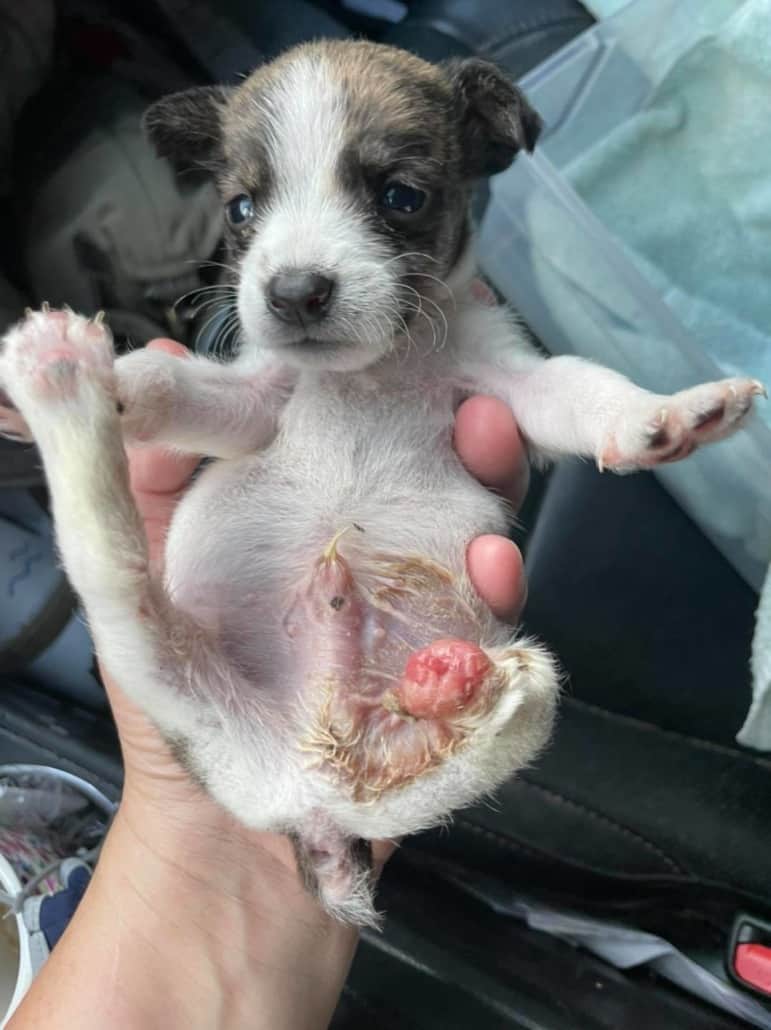 Buckeye was immediately transferred to the veterinary hospital.

“…admitted and he has a severe number of hookworms; they have already got deworming started,” the rescue volunteer reported. “He was covered in fleas too. He was strong while in my car – my fear is once they start treating he will tank! The doctor reported that they had to give him a break. He suddenly got pretty dumpy after IV placement…” 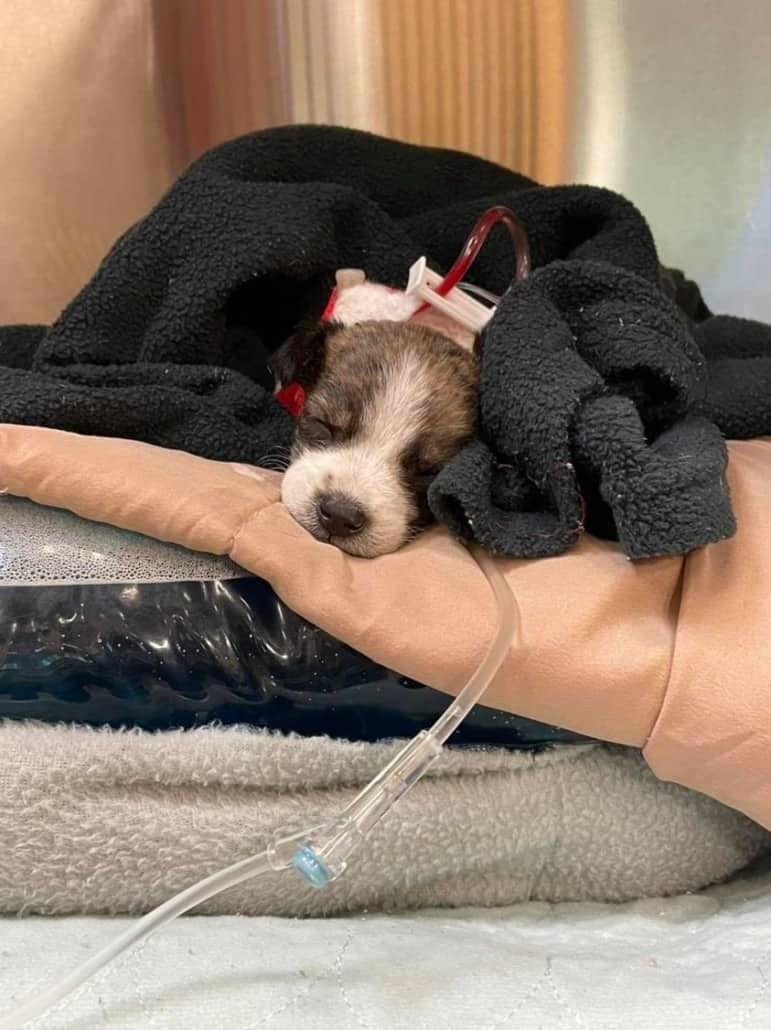 Buckeye continues to receive IV medication and is being treated for pain. Once he is stable, he will have the remaining part of his leg amputated.