In another act of disturbing animal cruelty, a five-year-old poodle was found in the area of 3500 W. Van Buren in Phoenix, with six metallic objects in his face and neck. When discovered the dog was bloody, swollen and in great pain. 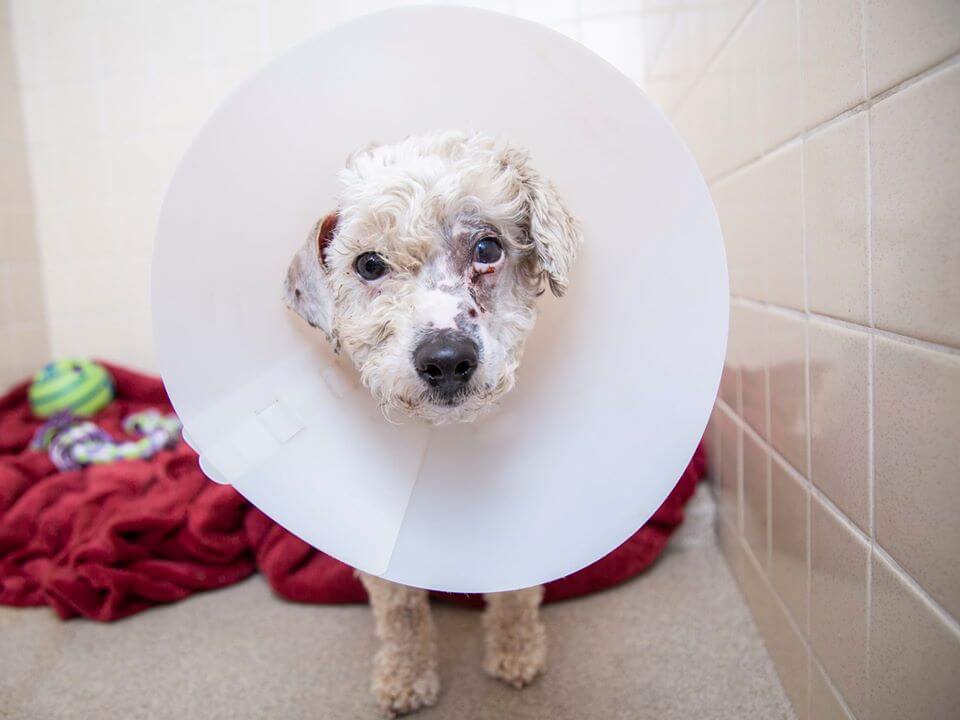 According to the Arizona Humane Society, the poodle, now named Oliver was transferred to the Second Chance Animal Trauma Hospital from Maricopa County Animal Care and Control. The medical team removed one of the fragments in the dog’s muzzle, but has determined to leave the remaining objects in his face and neck temporarily.

Oliver is suspected to be blind in one eye as a result of his injuries. He is being treated with appropriate pain medication. 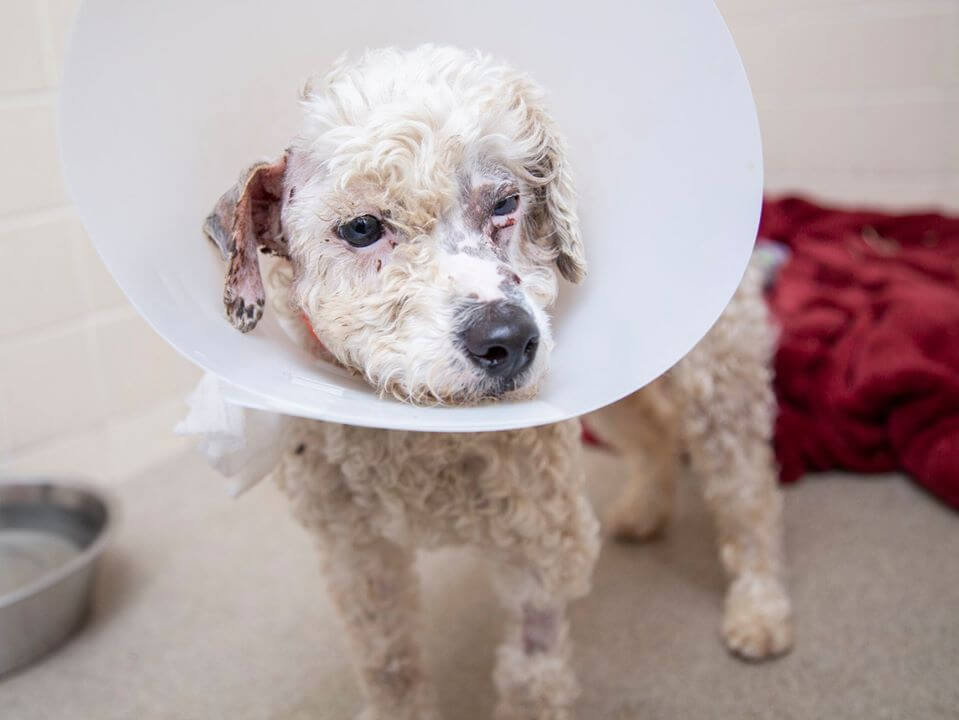 A $1,000 reward has been offered for information leading to the arrest and conviction of the person responsible for this cruelty. At this time Oliver is not available for adoption. Anyone with information is asked to contact Silent Witness at 480-WITNESS, 480-948.6377 or online at silentwitness.org.