During a minor league baseball game between the Las Vegas Aviators and the Sacramento River Cats, Finn the Bat Dog was just trying to do his job like a good boy when the umpire rudely intervened. 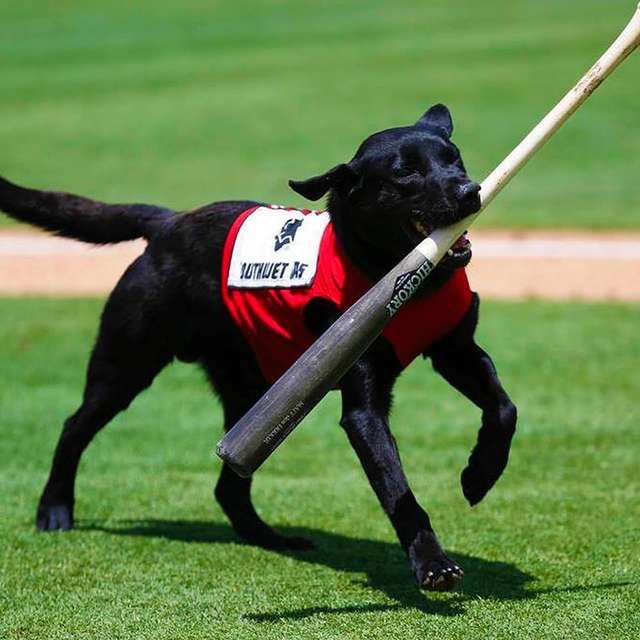 Finn was running out to fetch a discarded bat as he’s always done (and done well!) when the ump picked it up at the very last second and tossed it away from the dog. The crowd was not pleased and instantly reacted with a chorus of boos.

Finn on opening night. Big boos for the ump for grabbing the bat before Finn The Bat Dog Lol@Finnthebatdog on Instagram and Twitter to say hello.

For a moment, the fans of both teams came together against a common opponent and took the dog’s side. The bat dog still followed through and ran over to collect the bat. Good job, Finn! 🙂

Here’s a video showing how this normally goes:

I’m willing to bet the ump never does that again! It’s so great that everyone had Finn’s back here.