At Stray Rescue of St. Louis, every rescued dog or cat is promised a safe haven; every effort is made to treat each one as an individual no matter the cost or the time involved to save each life. And so comes the story and of saving the life of a Great Dane; his name Jumbo Jack. On Friday, he underwent his second surgery.

The dog was rescued last month after he was shot in the face; for two weeks he had been left to suffer – his jaw shattered beyond repair. By the time he arrived at Stray Rescue, his wound had been swollen and infected. The physical pain he felt had to have been beyond excruciating, yet he wagged his tail, pushed his head against the chests of volunteers and appreciated every tender touch. 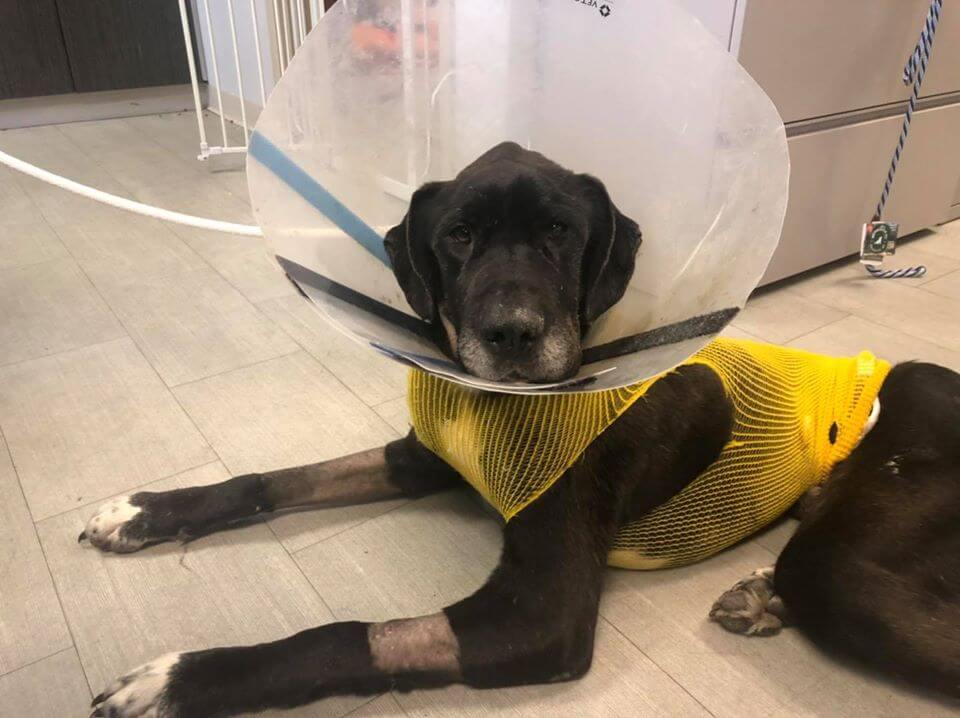 After a surgical procedure to remove part of Jumbo Jack’s shattered jaw, his recovery seemed to have been moving along quite well, but on Thursday his breathing became labored and shallow; it was discovered he had a pneumothorax (air escaping into his chest cavity). And off he went to an emergency specialist.

His latest update reports he made it through surgery and remains stable, however there have been complications with his liver function.

“Hopefully there aren’t more underlying issues, but this is all we know at this time. We will keep you posted as we learn more. For now, at least knowing he is stable is enough. Keep him in your prayers and send him all the positive vibes!
You got this buddy, we love you!!,” the organization wrote on their Facebook page.