Smokey had given up! The beautiful black dog no longer ran to the front of the kennel at Southeast Animal Control Authority (SEACCA) in Downey, California. He learned there was no point.

A shelter volunteer summed up Smokey’s past, present and likely future.

When Smokey first arrived at the shelter, he was described him as “skittish” however he was later moved to the adoptable kennels in the front of the shelter. Still no one showed up, no one came to see him, and tragically his time  at the shelter was growing to an end.

And that’s when animal advocates shared his heartbreaking story on social media. Just a few days later, Smokey was adopted. His advocate brings us an update everyone has been so eager to read. 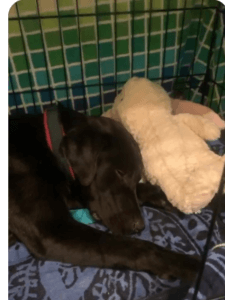 “Megan Allen I came to see Smokey, his new name is Shadow 💕 he’s still very scared. He’s terrified of people and will not lift his head or eat if someone is around. He didn’t pee for almost two days until I tried to take him outside after I saw that he was out of his crate, he was so so scared that when we got to the garage to go outside, we tried to pick him up to tell him it’s okay because he just lays down in fear… he pee’d all over and we were just so happy to see him pee and he ran right back to his safe zone to his crate.

I gave him some chicken that his family boiled for him to tell him that he was a good boy for doing that regardless of where the pee was. He has his own room ‘safe zone’ and has soft music playing and blankets and toys until he starts to feel comfortable. He was most definitely abused by whoever had him before. I wish I could find that person. He still needs so much time to decompress but his family is so patient and loving and will do anything for him.” 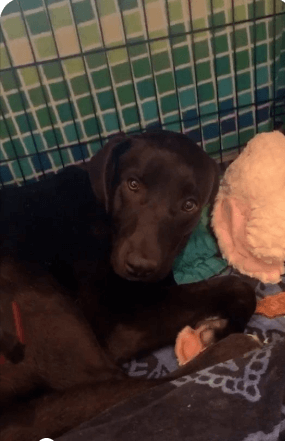 Even more recent news tell us that Smokey is coming out of his shell, feeling more comfortable with the other dogs in his new family as well as humans. 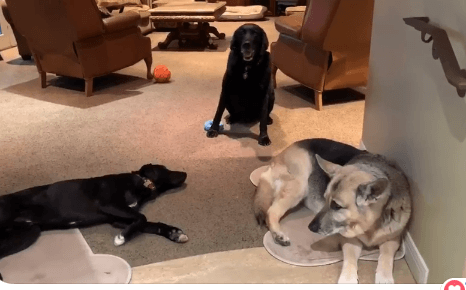 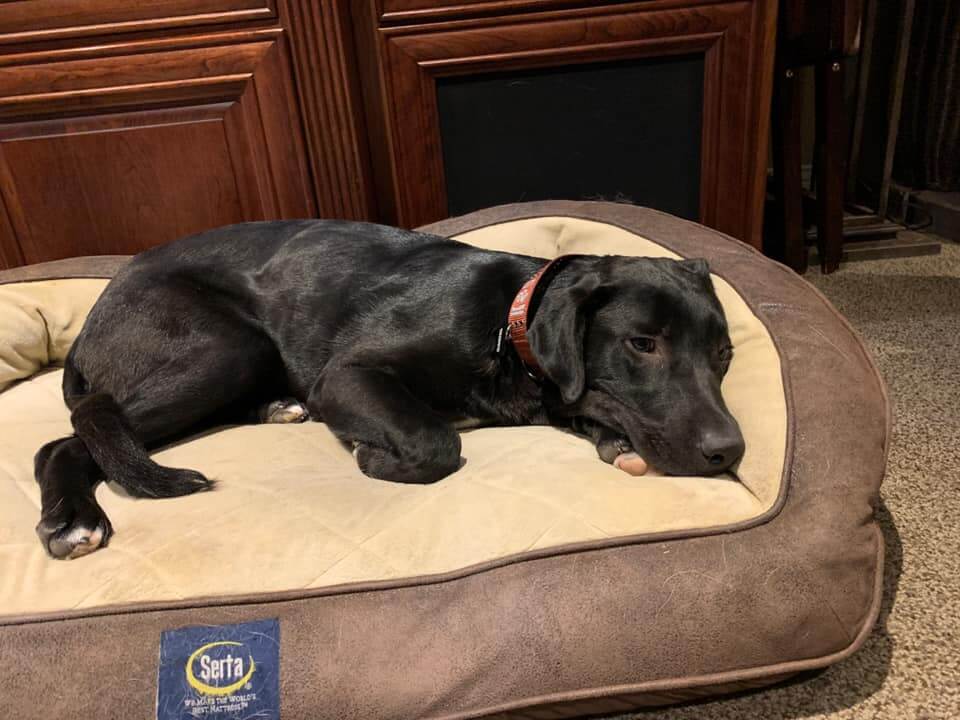