On Sunday afternoon, two starving stray dogs suffering with porcupine quills stuck in their faces were rescued. Janine Guido, founder of Speranza Animal Rescue, received a call about the dogs found in Huntingdon County, Pennsylvania. The dogs had been wandering in state game lands. 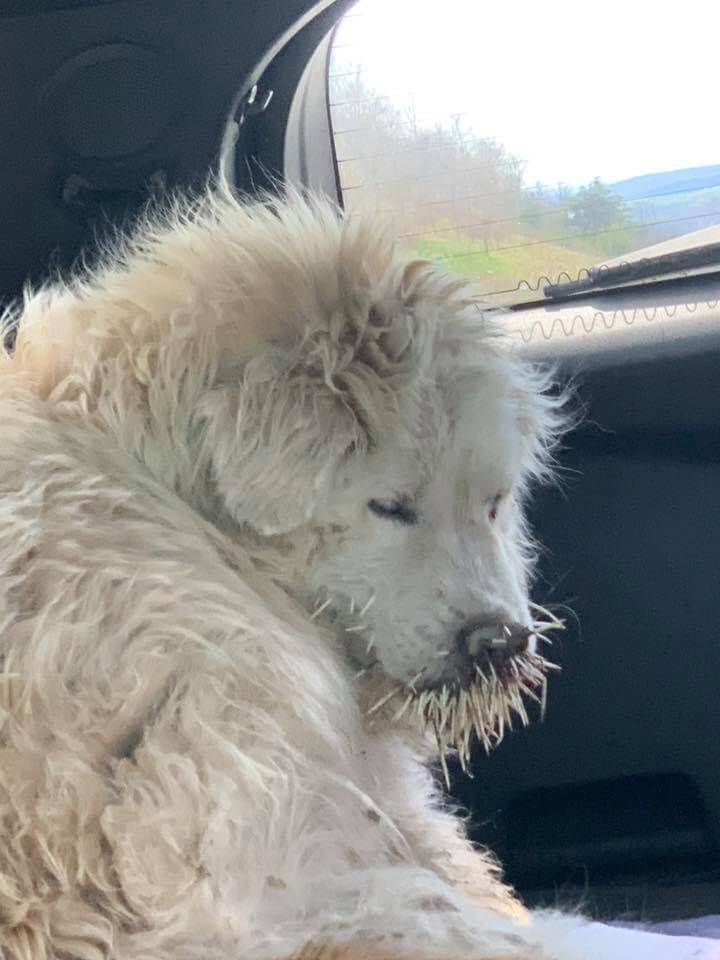 Both dogs were transported to CP Vet Emergency in State College. They were named Murdock and Margaret; Murdock walked, but Margaret was very weak and had to be carried. 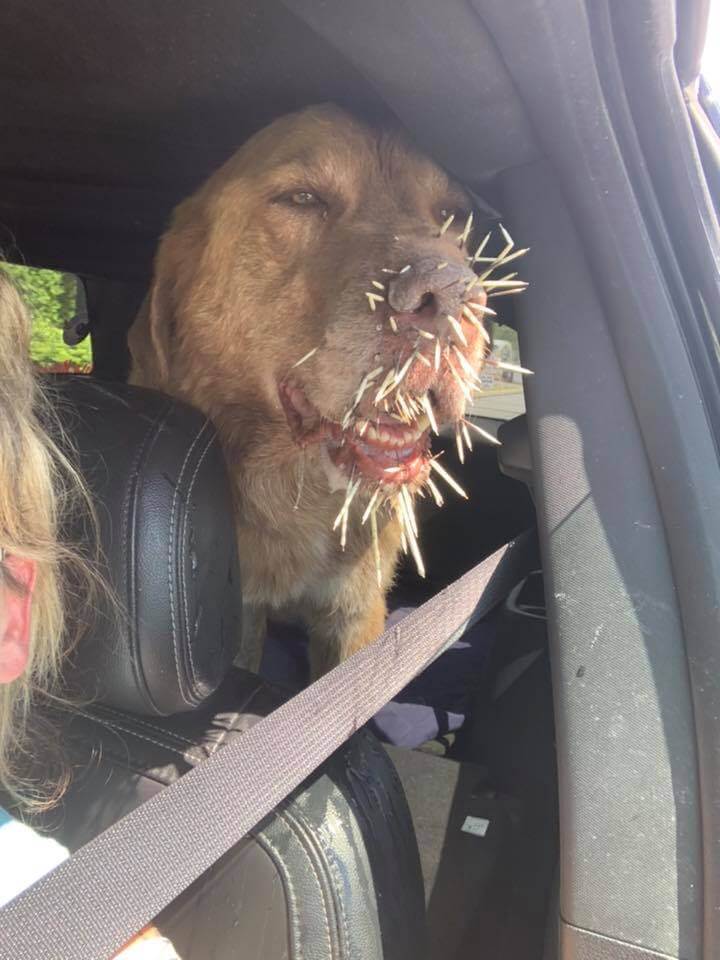 Murdock’s quills were removed immediately, however an examination revealed he was dehydrated, emaciated and had significant muscle wasting. Margaret must have really expressed her dismay towards the porcupine, because she had hundreds of quills all over her body. Technicians had to completely shave her to remove the quills from out of her mats. Sadly, she was even more emaciated than Murdock with muscle wasting as well.

The dogs have been put on a regular, small meal eating regimen, and on Monday afternoon were released from the hospital to Speranza Animal Rescue.

“We will be looking for a foster but these two will NOT be separated. They are a bonded pair.

The owners did message us.. All I can say is they were living outside in a pen and they said they escaped yesterday morning. The vet said this is pure neglect. They did not get in this shape overnight. (Obviously)

Thank you SO much to everyone that shared and was able to donate. Our village is amazing.”

Get well soon Murdock and Margaret.