Blass is utterly beautiful, but is in need of urgent rescue from the Franklin County Dog Shelter & Adoption Center in Columbus, Ohio. The shelter had planned to humanely euthanize this dog on New Year’s Eve, however his time has been “extended to approve new rescues.”

The seven-year-old dog’s heartbreaking story became known two weeks ago when his owner surrendered him to the shelter because Blass tried to bite him when the dog’s back was touched. 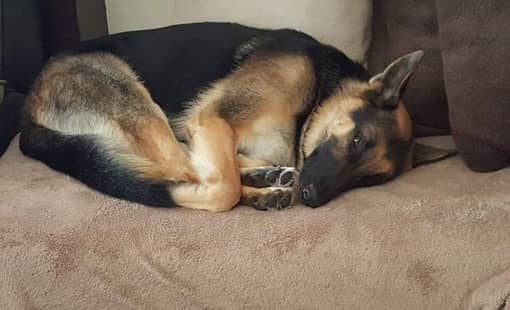 Just before Christmas, a staff member had been loosening Blass’ collar when he growled, bared his teeth and jumped up on the person and started to bite the staff member’s arm.

“He did show inhibition, but the behavior was not playful. Blass was quickly distracted by another dog walked by near the fence of the yard. Also, he was very reactive towards the other dogs he saw on the other side of the fence. Due to his behavior displayed, he is no longer available for direct adoption,” a Facebook post stated.

Blass is listed as urgent for both his medical and behavioral concerns. It is suspected that the aggression was due to pain in his hips; the result of severe bilateral hip dysplasia. He is also being treated for a hot spot on his back. When staff had him out, he did seem to show a little bit of resource guarding with treats. He may be best in a home with no young children due to resource guarding behaviors seen.

For more information about Blass and how you can help, please click here.