Shocking video out of Russia has gone viral, showing dogs strapped to special force commandos jumping out of airplanes. The soldiers, with their dogs attached, plummet 13,000 feet before parachutes deploy guiding them to the ground.

“After landing, all four-legged test participant felt well and were ready to follow commands,” a Russian defense ministry report stated. 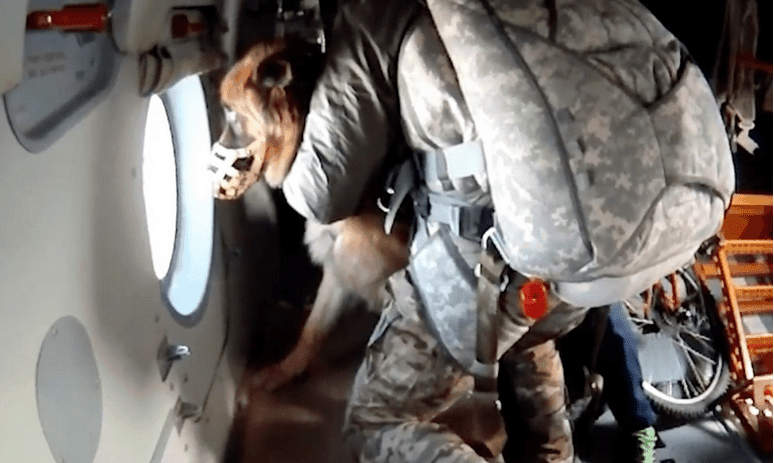 According to the Sun, Russian parachutist, Andrey Toporkov, said the dogs made eight test runs and with the help of their handlers tolerated the noise and wind as the hatch opened and they jumped from the aircraft. The most important part of the process is getting the dogs into the aircraft without fear. 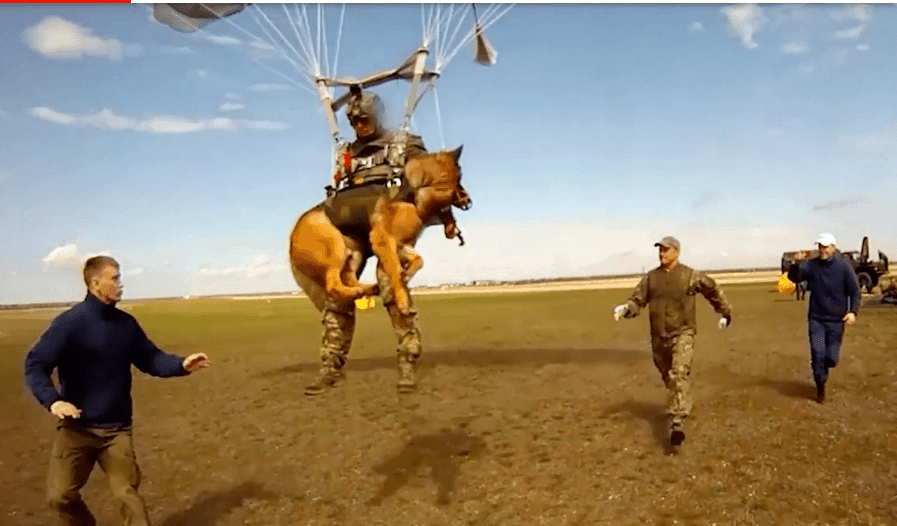 The dogs wear specially designed harnesses – President Vladimir Putin, a known dog lover, toured the facility where the harnesses were made.

During preliminary tests, experts observed the dogs moving their legs as if they are trying to catch the ground.

Sadly, it’s not like the dogs have any choice. Thoughts?