In Albuquerque, New Mexico, a Vietnam veteran admitted to the Hospice Center at the Raymond G. Murphy Veterans Affairs Medical Center was reunited with his beloved Yorkshire terrier on Thursday for what could be one last reunion. 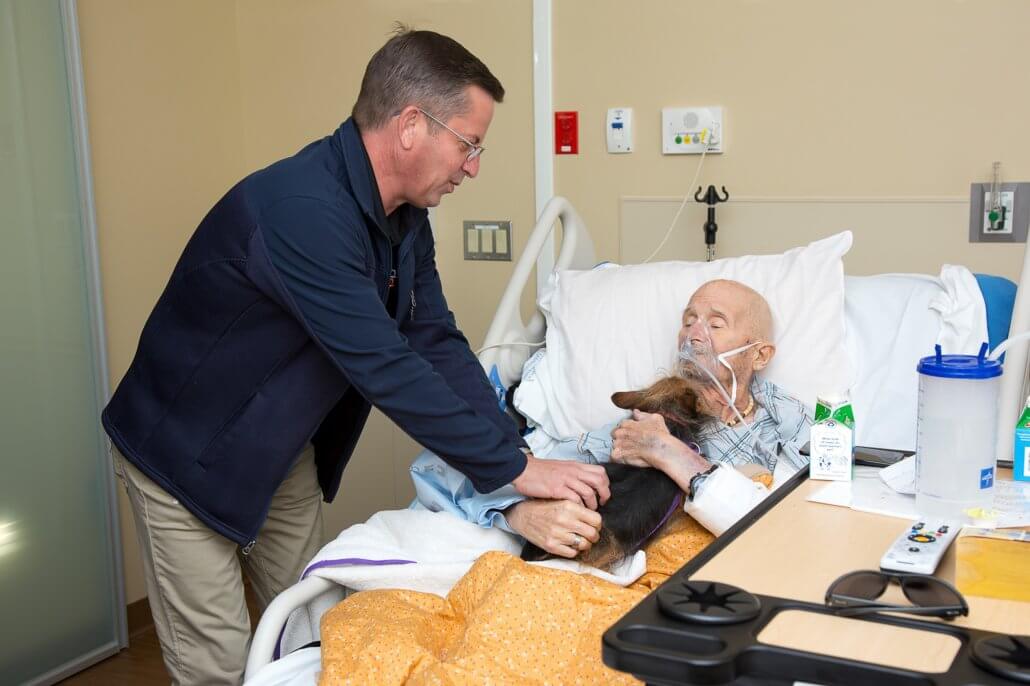 John Vincent, 69, had one last request, and that was to be with Patch – the five-year-old Yorkie he had to surrender because of his failing health. A palliative care social worker, Amy Neal, reached out to the Albuquerque Animal Welfare and asked if a reunion with Patch could be made possible. Vincent has no relatives, but his dog had filled the loneliness gap, and they had become best friends. The two would ride on Vincent’s Harley together; Patch wearing his tiny goggles to protect his eyes. 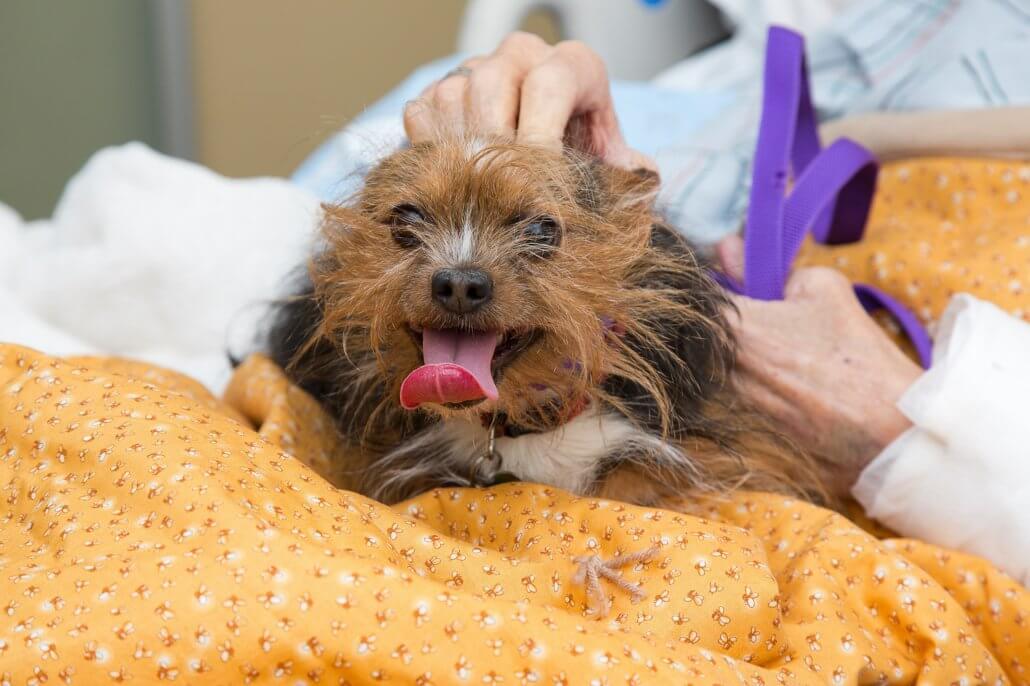 Vincent was born in Montana and raised on a farm where he said he owned a wolf dog. He enlisted in the Marines and served in Vietnam. From there Vincent lived in Wyoming, Alaska and retired in New Mexico. One of his neighbor’s dog had a litter of puppies, and that’s how he and the tiny puppy he named Patch became fast friends. 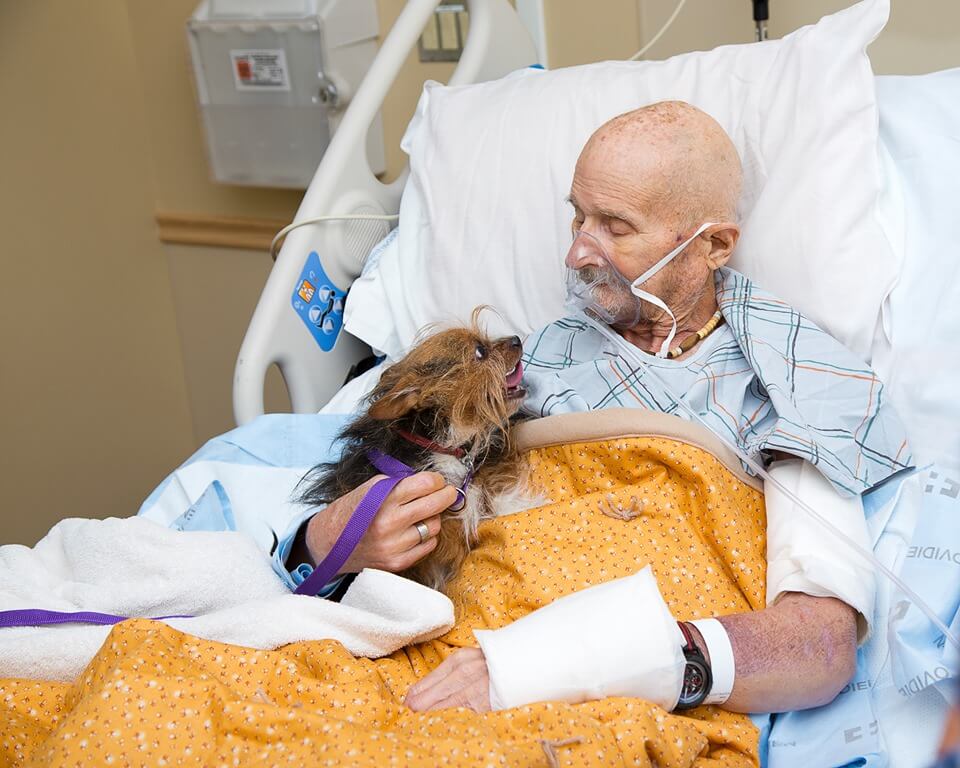 According to Danny Nevarez, the director of the Animal Welfare accompanied by team members Joel Craig, Desiree Cawley and Celina Chavez-Fennell, Patch arrived at the hospice center for the teary reunion.

“It was such a heart warming moment! They were so happy to see each other and to say their good byes. It was an honor to make this veteran’s final wish come true.” Patch is now back at our Westside Animal Shelter awaiting his new home. Patch already has an interested adopter.” 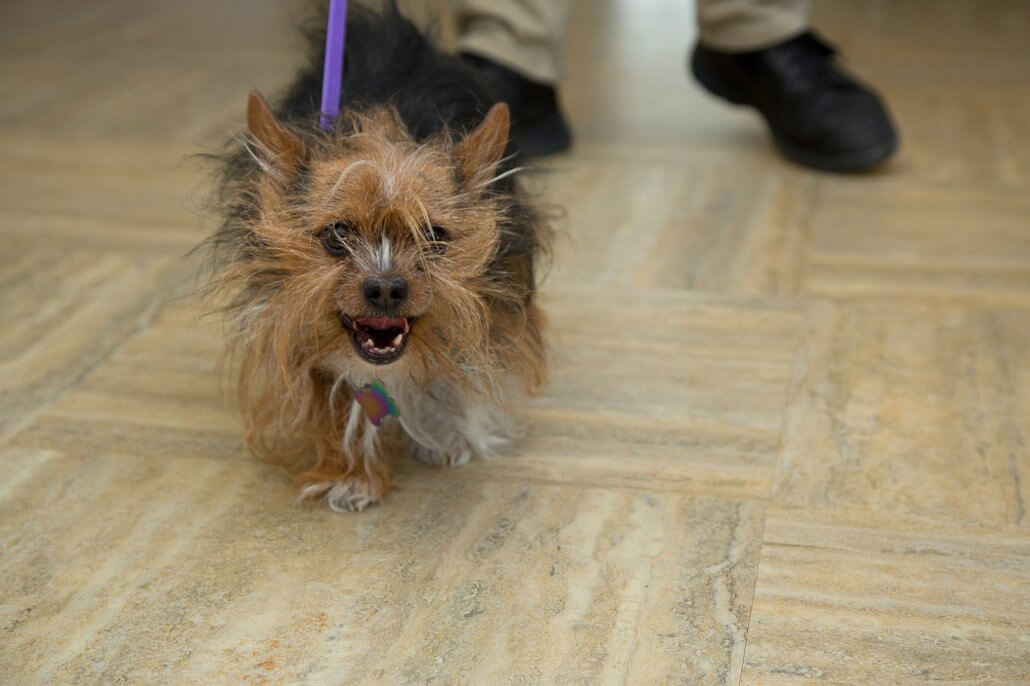 Thank you for your service John Vincent.