At Stray Rescue of St. Louis, every rescued dog or cat is promised a safe haven; every effort is made to treat each one as an individual no matter the cost or the time involved to save each life. And so comes the story and of saving the life of a Great Dane; his name Jumbo Jack. 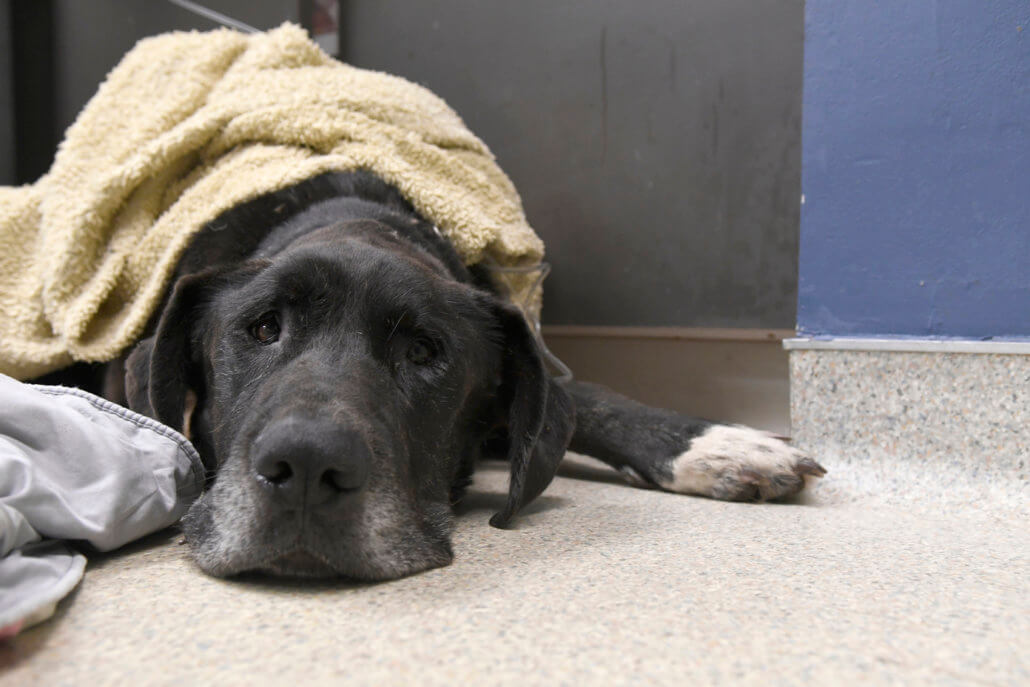 According to the rescue organization, Jumbo Jack was rescued last month after he was shot in the face; for two weeks the dog had been left to suffer – his jaw shattered beyond repair. By the time he arrived at Stray Rescue, his wound was swollen and infected. The physical pain he felt had to have been beyond excruciating, yet he wagged his tail, pushed his head against the chests of volunteers and appreciated every tender touch. 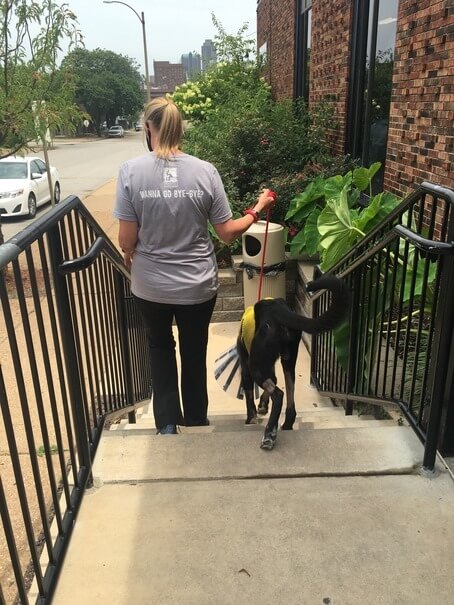 Because Jumbo Jack had a strong will to survive, he was sent to a specialist where half of his bottom jaw was surgically removed.

“We’ve been feeding him with a feeding tube while his mouth heals and the swelling goes down. He is such a perfect patient and quite a gentleman,” the organization posted on their Facebook page.

“He looks into our eyes when we feed him and gives us a soft nuzzle. He enjoys going on car rides and for walks to smell the fresh air and feel the sunshine on his shiny, black coat.” 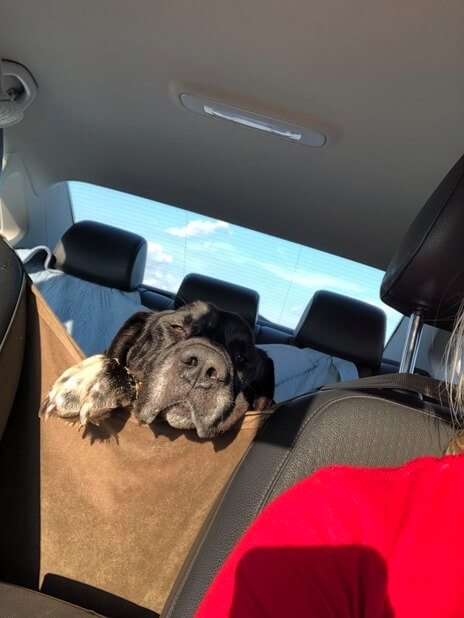 Everyone has fallen in love with Jumbo Jack, and he had been slowly feeling better, but on Wednesday, the dog’s health took a turn for the worse. His breathing became labored and shallow. When the veterinarian team checked on him, it was discovered he had a pneumothorax (air escaping into his chest cavity). And off he went to an emergency specialist.

On Thursday, Jack was scheduled to undergo a procedure to help with this condition. The cost is expected to be $5,000 – $7,000.

“…Jack is in this mess because humans have let him down. We have been dreaming of the day he gets to play in a yard of his own with his loving family. We dream of him tasting a nutritious meal again….”