The white woman who called police in Central Park on a black man complaining she was being threatened by “an African American man” has had her dog returned to her.

Christian Cooper had been bird watching in the park two weeks ago when Amy Cooper walked in the area with her dog off leash.  In the Ramble section of the park, dogs are required to be leashed; Christian asked Amy to leash her dog. When she refused, Christian pulled out dog treats and said he would give the dog one when Amy leashed the pooch. Amy went hysterical.

Christian Cooper recorded Amy’s frantic 9-1-1 call, and the video blew up in the media. She could be heard telling the dispatcher that she was scared for her life and for her dog’s life. Amy Cooper has explained that Christian Cooper offered her dog a treat, and she didn’t know what was in it.

In an NbcNews phone interview later in the day, Cooper apologized to Christian Cooper.

“I sincerely and humbly apologize to everyone, especially to that man, his family. It was unacceptable and I …”

And then followed the social outrage of animal cruelty as the dog was seen in the video struggling as Cooper grabbed and dragged him around while making the undeserved drama. She  surrendered the dog to Abandoned Angels Cocker Spaniel Rescue .

On Wednesday, Abandoned Angels announced the dog has been returned to Amy.The group posted the following on their Facebook page:

“Abandoned Angels would like to express its gratitude for the outpouring of support regarding the dog that was recently placed in our custody, following release of a troubling video that was brought to our attention. The dog was promptly evaluated by our veterinarian, who found that he was in good health. We have coordinated with the appropriate New York City law enforcement agencies, which have declined to examine the dog or take it into their custody. Accordingly, and consistent with input received from law enforcement, we have now complied with the owner’s request for return of the dog.” 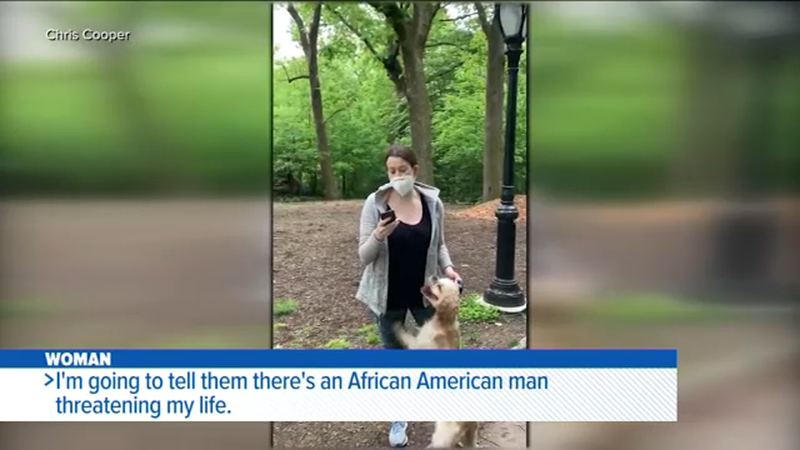