A Florida woman has expressed embarrassment about the starvation of a puppy who was in her care. As reported by the Sun-Sentinel, 19-year-old Elizabeth Rebecca Ebben allowed her pit bull puppy, Buddy, to drop to just 14 pounds while she spent an increasing amount of time away from home, with friends. 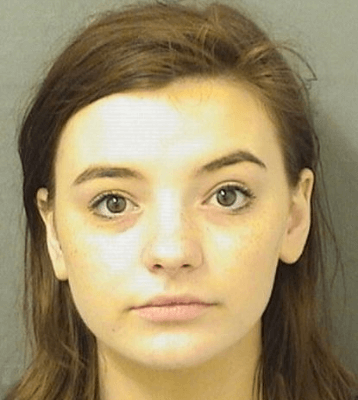 By the time that Buddy was discovered in a bedroom by Ebben’s roommate, the nine-month-old pup was just skin and bones. Dr. Virginia Sayre stated:

“All of the dog’s ribs, lumbar vertebrae and pelvic bones were easily visible.”

On Monday, Ebben turned herself in the Palm Beach County Jail – she is charged with torture inflicting pain serious physical injury on an animal and confining an animal without sufficient food and water.

Buddy recovered from his emaciated state at the Palm Beach County Animal Care and Control; he was then transferred to a rescue group and adopted to a new family.