At the East Valley Animal Shelter, a five-year-old small mixed breed pooch had been surrendered because she told the staff her dog had been “reactive.” 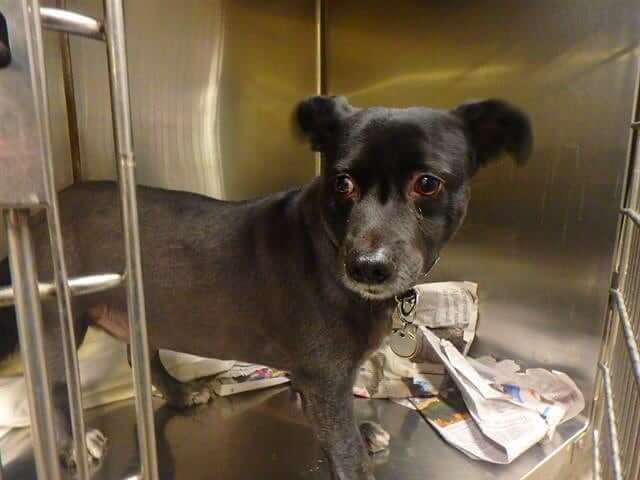 “Per owner – Adopted 4 years ago, reactive with toddler – never bitten; reactive with husband and wife, lunges when trying to leash, food reactive/resource guarding; biting when food present. Last bite was 3 weeks ago, wife accidentally stepped on the dog’s tail.”

Bodhi arrived at the shelter on January 27 and was placed in a kennel, and it wasn’t until February 9 that an evaluation of the dog’s behavior began. Bodhi had been wearing a prong collar which was finally removed, and it is suspected that may have been a major factor in the dog’s unruly behavior. 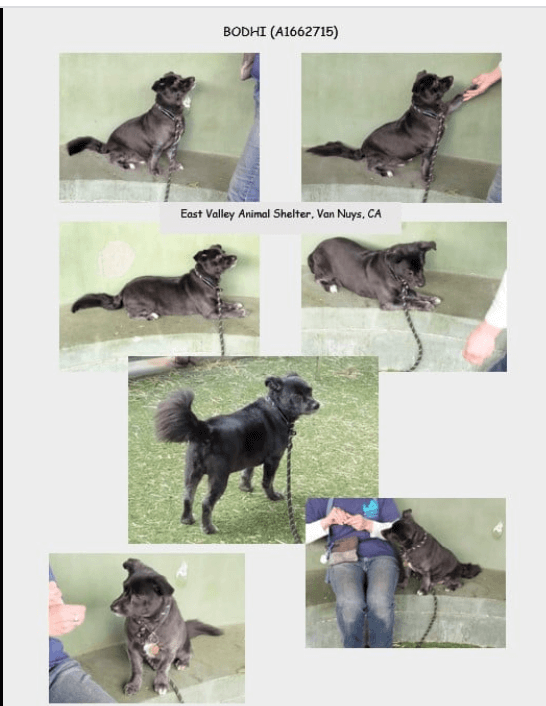 “Maybe he lunged because he was in pain and didn’t want anyone near him?,” a shelter volunteer stated. “There’s no telling how long the prong collar had been on him. But, because of the reasons the owner gave for relinquishing Bodhi, he has a behavioral mark and it’s noted in the computer that he is ‘aggressive’ towards people.”

Once the collar was removed, Bodhi relaxed and became quite engaging. When an experienced volunteer tested him to see if he was a resource guarder, the dog appeared to be anything but aggressive with food or toys. This very intelligent dog has displayed a high level of intelligence and training.

So what kind of home would be the best for Bodhi? It has been suggested an experienced person familiar with dog training who is knowledgeable about handling dogs that might be sensitive to be touched around his neck or being leashed and give this 28-pound boy a chance to decompress would be ideal. In addition, he must be in a home with no young children. Perhaps a rescue organization that performs home-checks would be the best scenario for this dog?