Police are on the lookout for a woman’s 15-year-old Basset hound, who disappeared when an opportunistic thief drove off in an unlocked car which was left running on Friday afternoon. According to the Westminster, Colorado, police department, the car was stolen from outside of the Tropical Smoothie Cafe near Federal Boulevard and West 72nd Ave. 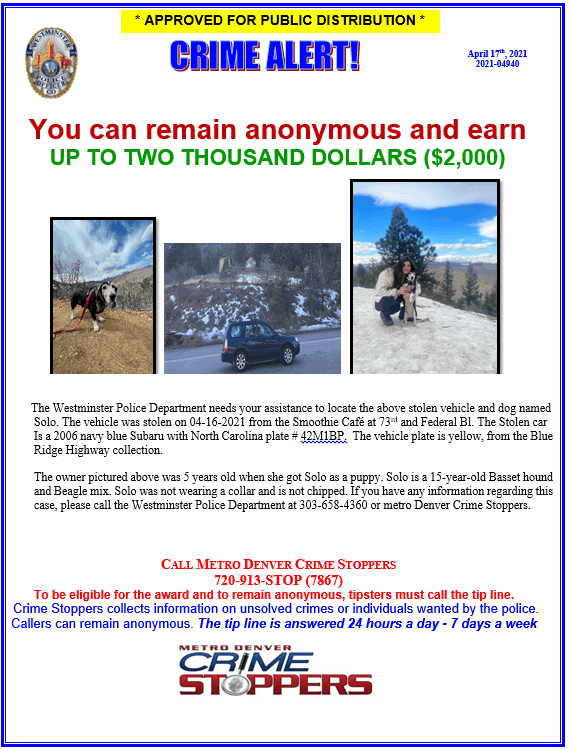 Inside of the blue Subaru Forester was Caroline Wilson’s elderly dog, Solo. Wilson’s friends were watching Solo that afternoon, and they stopped to get smoothies, leaving their car running, with Solo inside, while they made their purchase. Wilson tells The Denver Channel,

“It was a minute. They were in there for a minute, not even”

According to the authorities, Solo was not wearing a collar, and he is not microchipped. 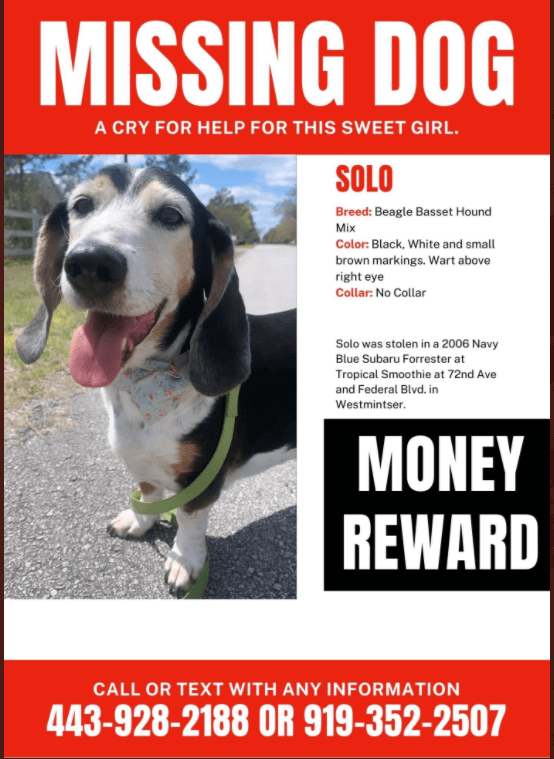 The car is a navy blue Subaru Forester bearing North Carolina License plate # 42M1BP. The plates are yellow in color and the vehicle has a ski roof on the top.

The authorities have encouraged the thief to safely return the dog, writing:

This young lady has had Solo since she was 5 years old. If you see the dog or vehicle please call police. To the person who took this young lady’s dog, please keep the dog safe and do the right thing and turn it over to someone who can call police once you’re gone and ensure its safe return to her owner…

Anyone with information should call Denver Crimestoppers or the Westminster Police Department. There may be a reward of up to $2000 for Solo’s safe return.