Celebrities often use their fame to raise awareness for causes that are close to their hearts. They acquire thousands of followers on social media that value what they have to say. While there are many animal loving celebrities, these ten are going above and beyond for them.

Animals are voiceless and rely on us to be their voice. Become inspired by reading what these celebrities are doing to make the world a better place for animals. 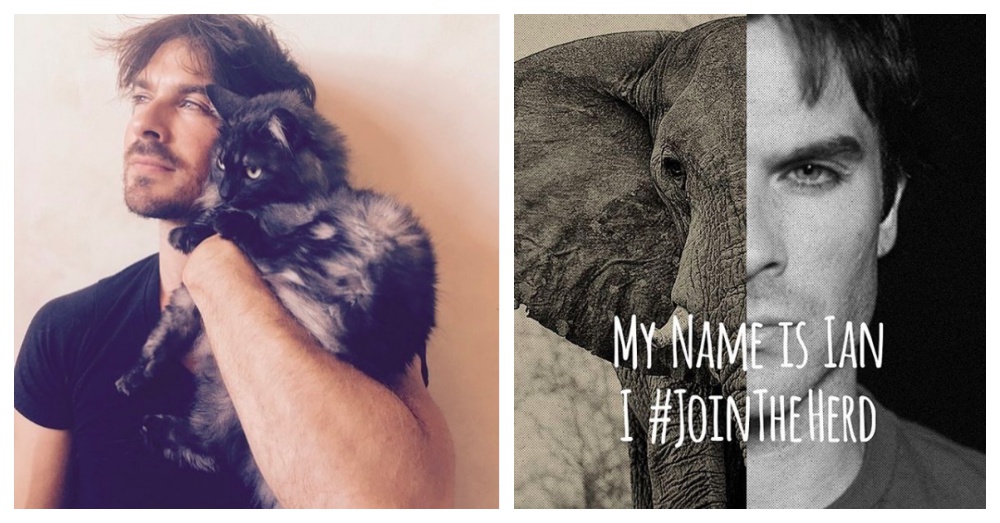 This actor has a heart of gold when it comes to animals. His foundation, The Ian Somerhalder Foundation, promotes preserving the environment, adopting, spay/neutering clinics, preserving animal habitats and offers grants to animal welfare organizations.

He started the foundation, “Because for Nikki and me, ISF means being a part of a family who refuse to allow the degradation of our environment or the mistreatment of animals to go on any longer. It means standing together, empowering one another so we can go sustainably into our future.”

Aside from his foundation, he has testified before congress to end elephant poaching, participated in the #MovetheUN campaign to get animal protection on the global agenda, and uses his social media pages to support animal rights and welfare. On top of it all, along with his actress wife, Nikki Reed, they have adopted many animals. 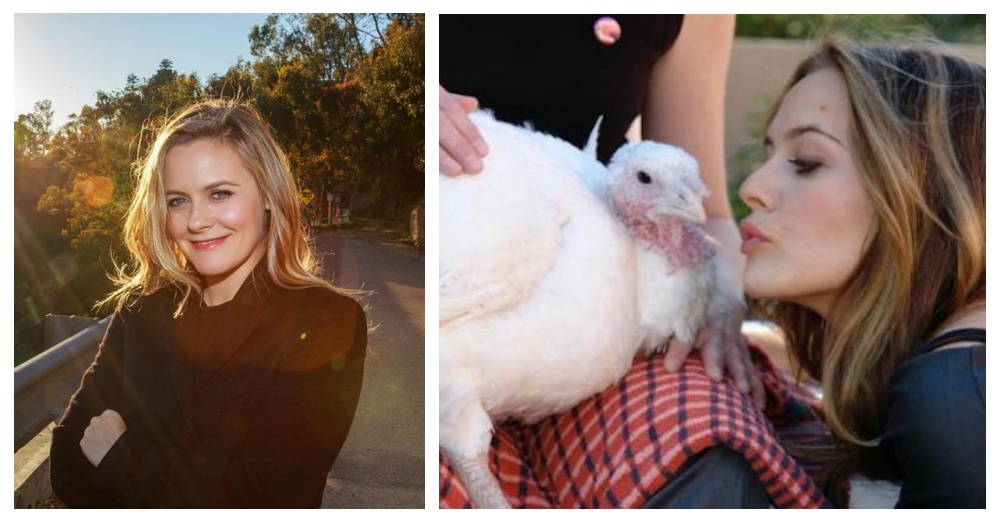 This actress and author is a longtime vegan that has partnered with PETA on many issues to raise awareness. The activists has spoke up against animal testing on cosmetic products, benefits of going vegan, and factory farming.

Her website, The Kind Life, delves into the benefits of a vegan life and promotes animal rights issues. She has personally adopted many dogs and urges others to adopt.

“The only thing that makes any sense about being a celebrity to me is this — being able to make a difference,” she stated. 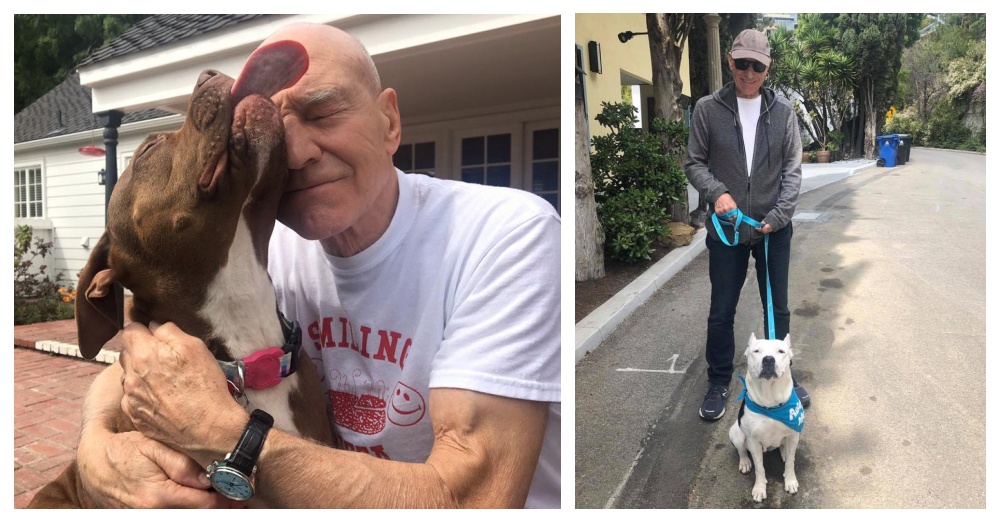 The actor fostered a pit bull named Ginger in 2017 that changed his life. She inspired him to stand up for pit bulls as a breed and end discrimination. He has partnered with American Society for the Prevention of Cruelty to Animals (ASPCA) to raise awareness. He fosters dogs and promotes them on his Facebook page to try and find them loving homes.

He told People magazine, “I find that my relationship to the world and to the news every day in the papers and on the television has been changed by Ginger, because she has brought such a quality of patience and tolerance and fun into our lives, that it has, in a very short space of time, shifted my sense of where our world might be going.” 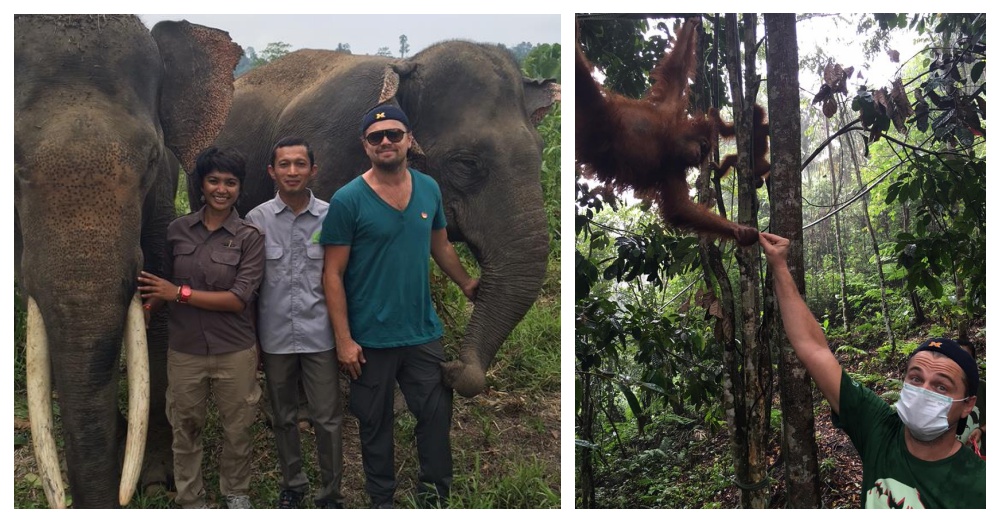 This award-winning actor is an honorary board member for International Fund for Animal Welfare. “Elephants, tigers and other wildlife are in crisis due to poaching, habitat loss and human activities. That’s why public education is important. Join me and IFAW in taking action for animals.”

He has urged his followers on social media to protect sharks in California and elephants in Africa. His foundation, the Leonardo DiCaprio Foundation, focuses on protecting the Earth’s last wild places. 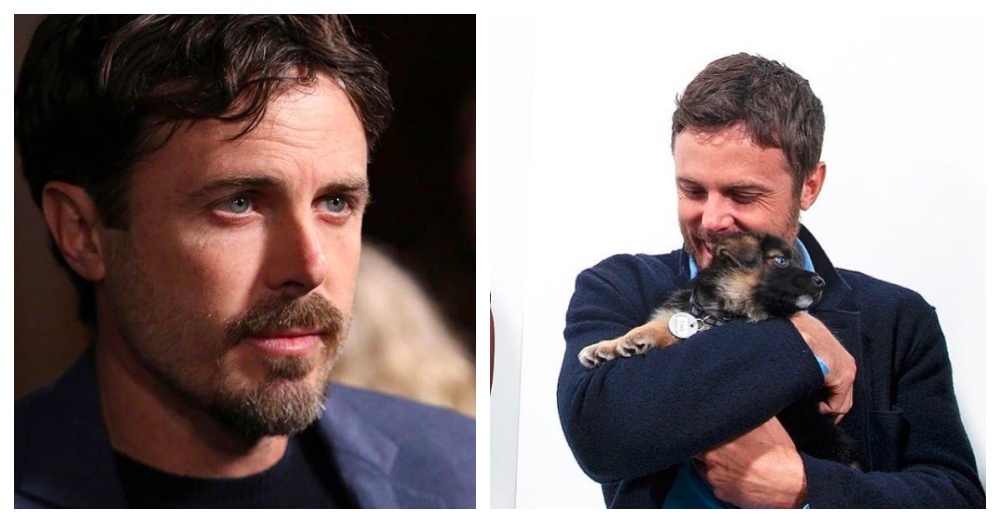 A vegan actor that uses his voice to speak up for animal rights. He has spoken up against animal cruelty in circuses, hunting traps, and cruelty to dairy cows.

When asked why he went vegan he said, “When people ask me why I don’t eat meat or any other animal products, I say, because they are unhealthy, and they are the product of a violent and inhumane industry.” 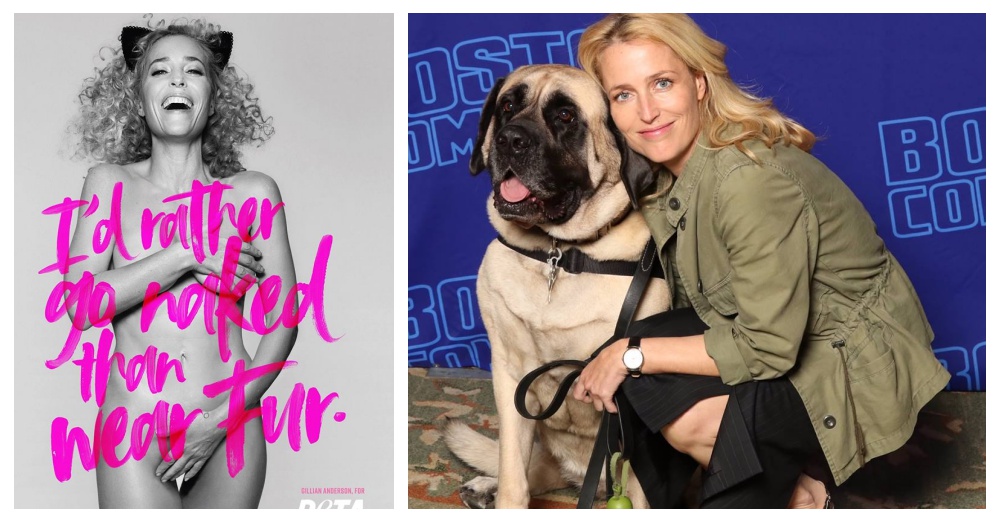 This bold actress has said she would rather go naked than wear fur. She teamed up with PETA to raise awareness of the cruel and inhumane conditions of fur farms. In the past she has taken a stand against testing on animals and protecting elephants.

“This is my body. It’s mine to do with as I please. And today, I’m using it to stand up for animals and their right to exist as they please—with their skin still attached, naturally,” stated Anderson about posing nude for PETA campaign. 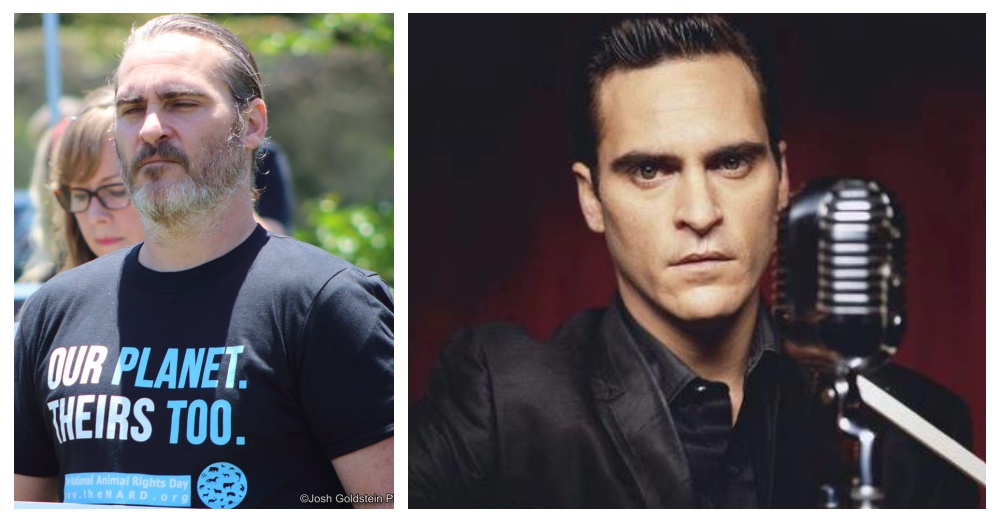 The longtime vegan activists and award-winning actor uses his fame to raise awareness on animal right issues. He has worked with animal welfare organizations to speak out against the leather and wool industry. He even went as far as to wear only vegan leather in his role as Johnny Cash.

“It takes nothing away from a human to be kind to an animal,” Phoenix said. 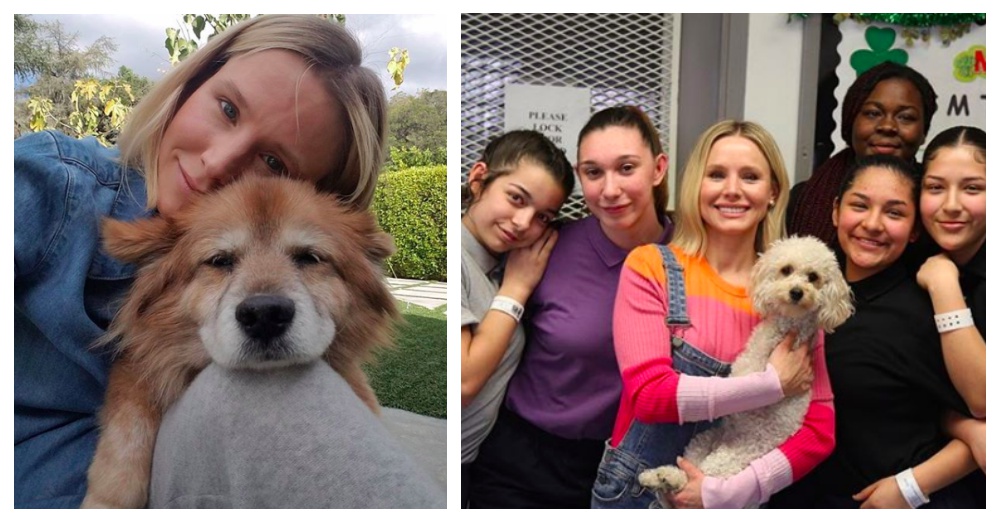 This actress and her actor husband, Dax Shepard, see their pets as their children. “They’re just kids I didn’t birth,” said Bell. She is passionate about helping shelter pets find loving forever homes. She has fostered many dogs and is a supporter of ASPCA.

“There are so many wonderful pets in shelters around the country ready and waiting to find a home. If they don’t get adopted, they get euthanized. So breeding more animals just doesn’t make sense to me,” she told People. 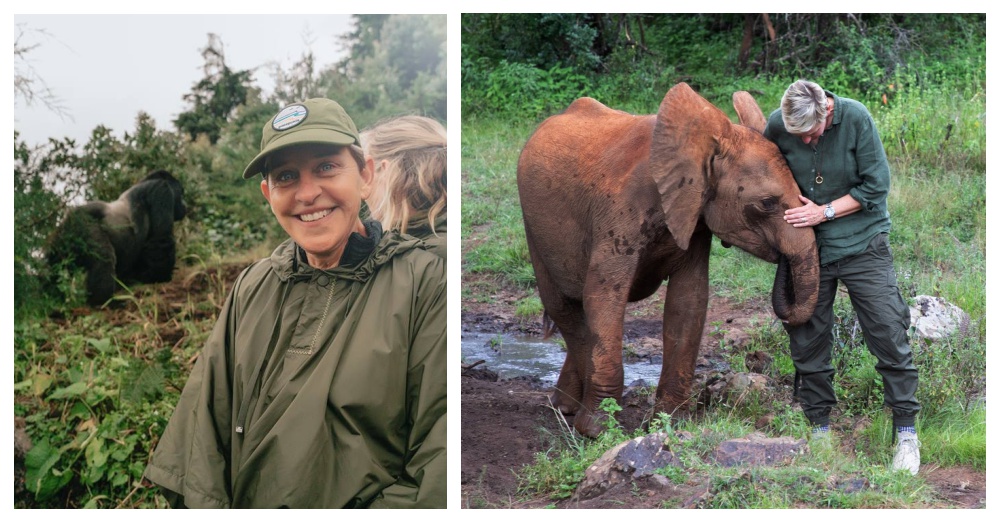 She is famous for her dance moves, popular talk show, and as an animal activist. Her contributions to animals includes teaming up with multiple animal welfare organizations to raise awareness and support campaigns, donating millions of meals to shelter animals through her pet food brand- Halo, and standing up for the protection of elephants. She has rescued and adopted many animals with her wife, Portia de Rossi.

Recently, her wife gifted her with the Ellen DeGeneres Wildlife Fund, which is dedicated to the protection and conservation of the endangered Mountain Gorilla and other innocent animals.

“I wish we lived in a world where caring for animals wasn’t so rare that it deserved an award. All I do is treat animals with the respect and dignity they deserve. I hope someday soon, everyone does the same,” said DeGeneres. 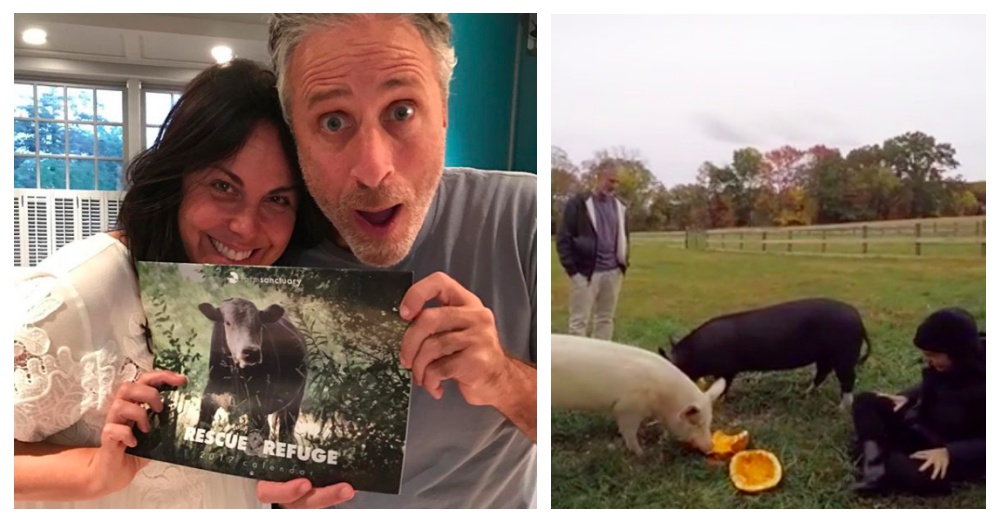 After he retired from a successful career as a comedian and former host of The Daily Show, he devoted his life to helping animals in need. He and his wife, Tracey, are longtime animal activists that dreamed of one day opening a safe haven for animals. They partnered with Farm Sanctuary and turned their New Jersey property into a sanctuary for animals.

Stewart joked about his new adventure, “I’m a little uncomfortable. I’ve spent the last 20 years immersed in the world of Washington politics and the media landscape, so I don’t know how to deal necessarily with people who have empathy.”

The couple now spends their days rescuing and caring for animals, sounds perfect!

Be the change you wish to see in the world.