Anyone who owns a dog will tell you that they are lovable, special and beautiful creatures. They all deserve our love and respect. All dogs are intelligent, brave, and loyal. Some dogs are family dogs while others are trained as service dogs, military or police dogs. Nero, a Shepherd, served in the military. 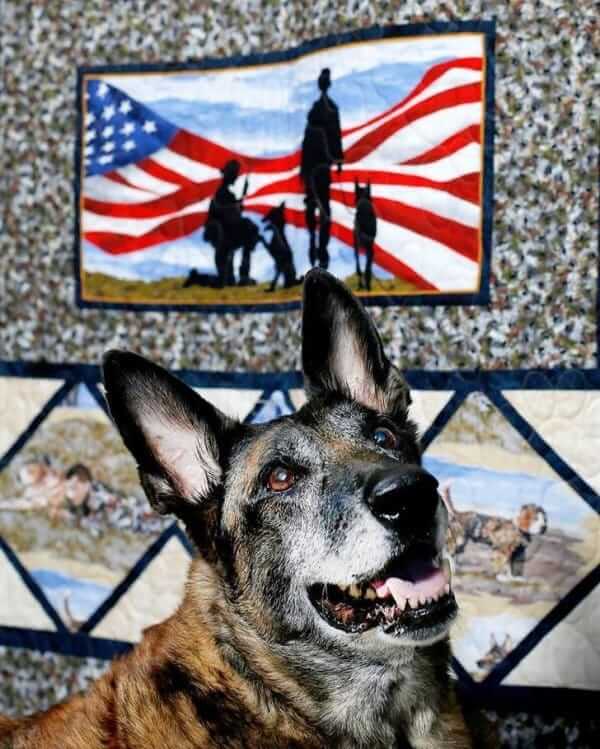 He served in Afghanistan as a Contract Working Dog (CWD). Nero was taken in by an organization in Texas called Mission K9 Rescue when he retired from service. 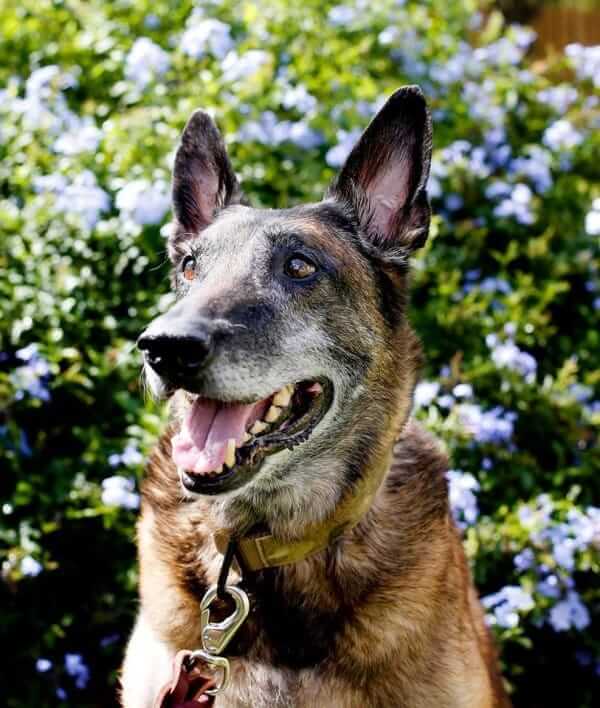 Mission K9 Rescue mission is to bring home dogs who served overseas and rehome them when they come back. Nero was the first dog that they successfully brought home and found a new home for. 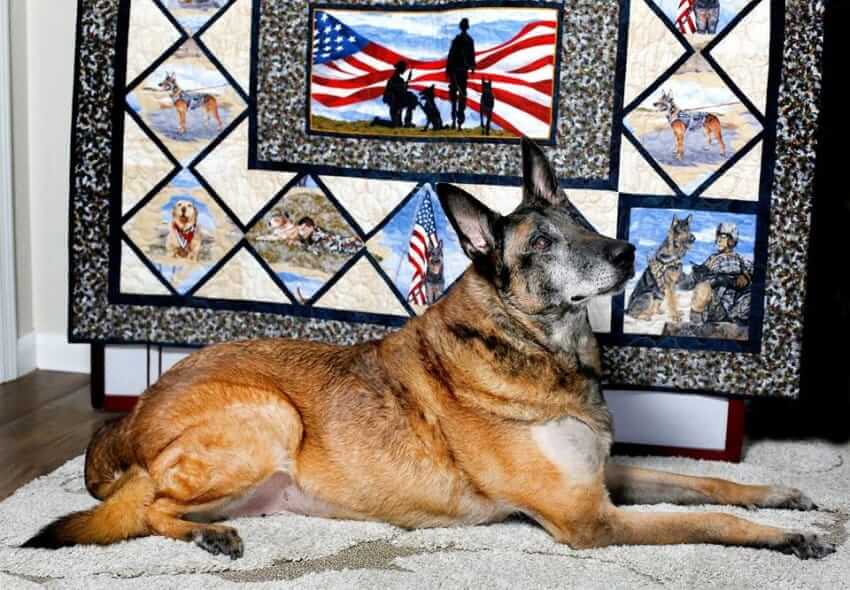 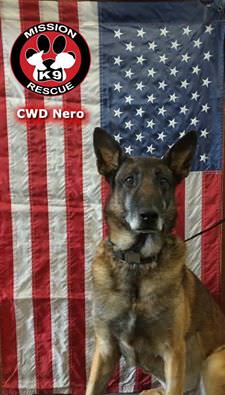 Nero had had two great years with his new family. Nero got all the love and affection he deserved and was even given a birthday party each year.

When Nero passed away in late October of this year, Judie wanted him to have a funeral that honored his passing. He had been diagnosed with cancer in 2014, and he was treated and had a loving family by his side through it all. 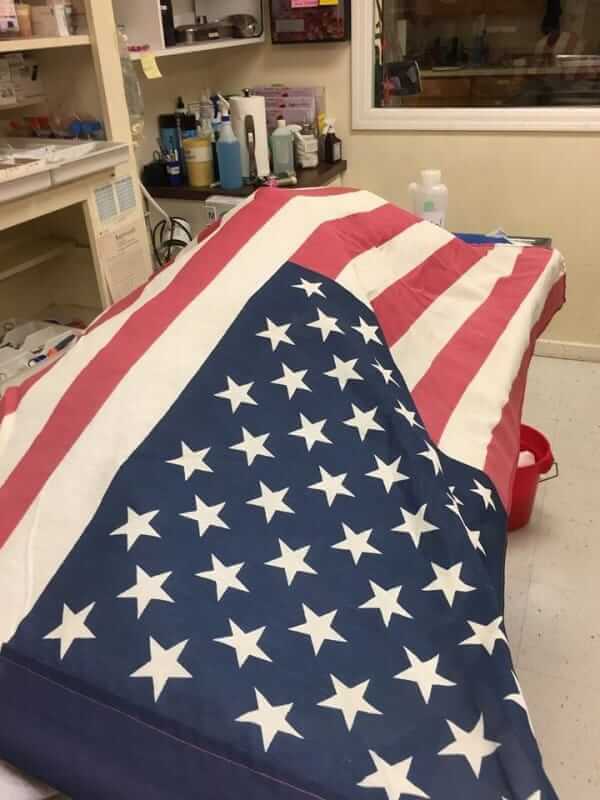 The hospital where he died laid an American Flag over his body to show their respect. Judie wrote that Nero’s life should be celebrated. 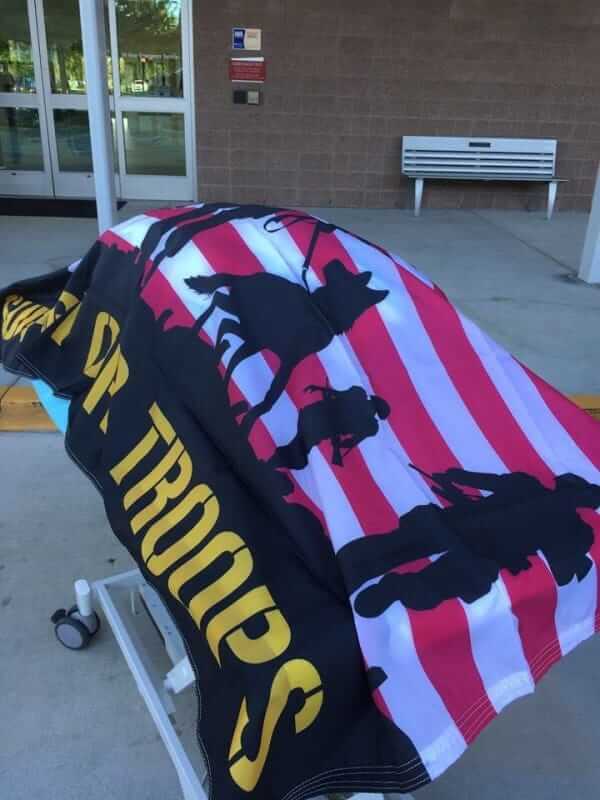 She asked for prayers of thanks and to ask for eternal peace for our fallen hero. Rest in Peace Nero. Share away, people.