When Agung Dewi was ill with food poisoning, her father brought her a sweet street dog to cheer her up. It worked better than expected, and once she recovered, she began taking in tons of other homeless dogs, and she currently cares for 29 of them herself. 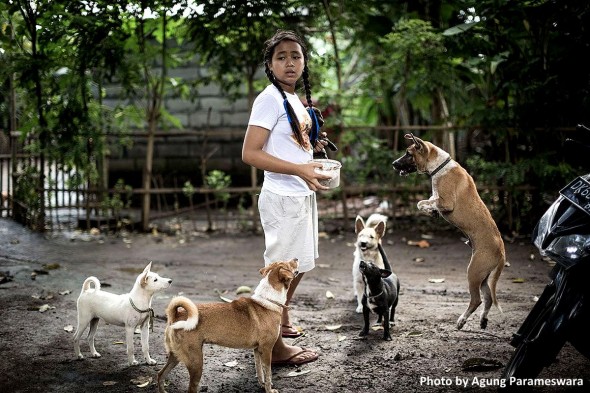 Poor Agung’s condition was very severe; she had spent two weeks in the hospital, unable to keep anything down.  One day when her father was on his way from their village in Ubud, Bali, to visit her, he came across a nice street dog and brought it with him, believing it might bring a smile to his suffering daughter’s face. 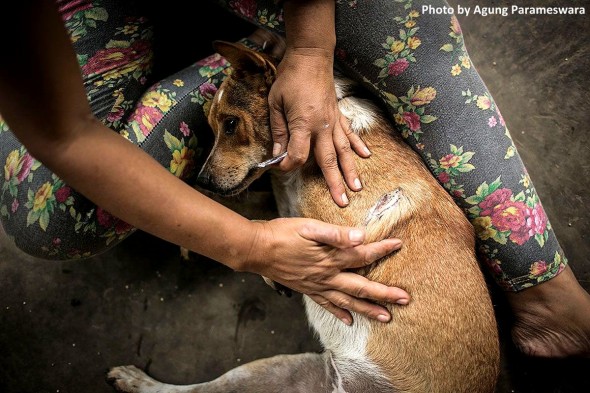 She immediately sat up, hurled, and then hugged the dog and asked for food.  The dog’s presence spurred on her recovery, and she soon returned home with the pup, whom she named Selip.  From that day forth she vowed to help as many street dogs as she could, as it was a street dog who helped her in her hour of need. 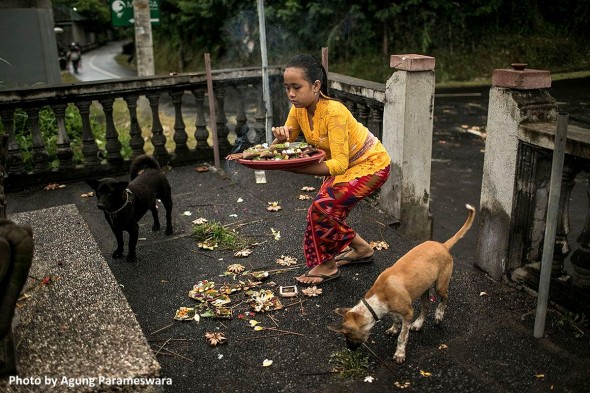 It’s been two years, and Agung has saved dozens of dogs.  At one point the family was looking after nearly 60.  Many homeless animals are killed by officials to prevent the spread of disease, but the Dewis give the dogs food, shelter, and some much-needed love. 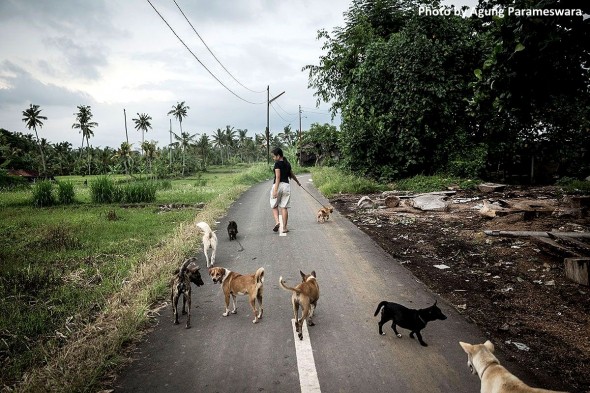 In the morning, Agung takes all 29 of her dogs for a walk, then goes to school.  She plays with them when she returns.  As her canine family grows, she will need more help caring for them all.  Luckily her family is now receiving some assistance for the Bali Animal Welfare Association.  If you would like to help, please click here to donate.

Agung dreams of one day becoming a police officer so she can help stop the abuse and abandonment of animals in her area.